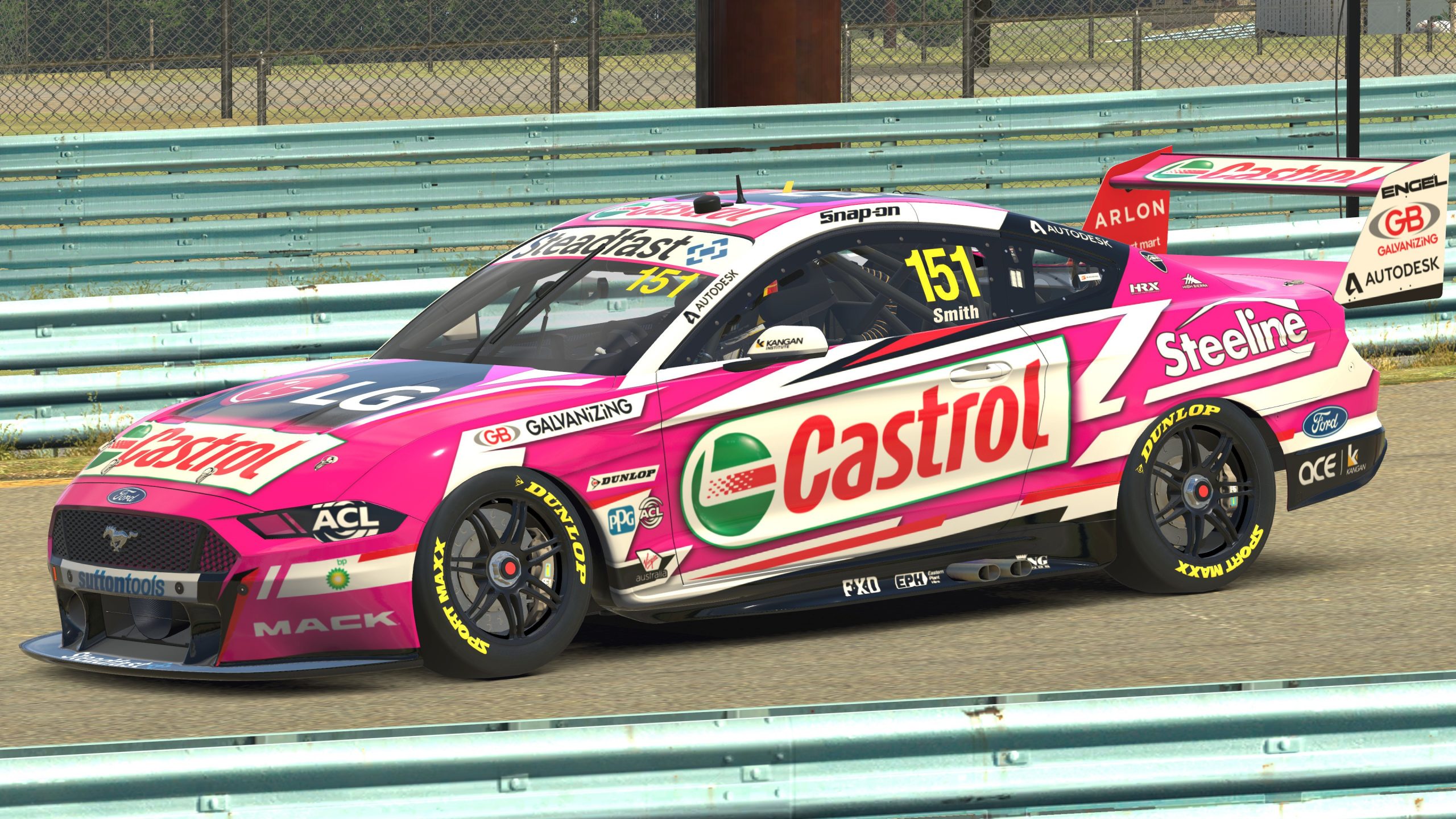 The draft system allowed all Australian and New Zealand iRacing members to set a lap time at the virtual Phillip Island Grand Prix Circuit to qualify for the Pro eSeries. Benjamin’s lap in the iRacing Ford Mustang Supercar was quick enough for him to make the top-ten and proceed through to Stage Two. 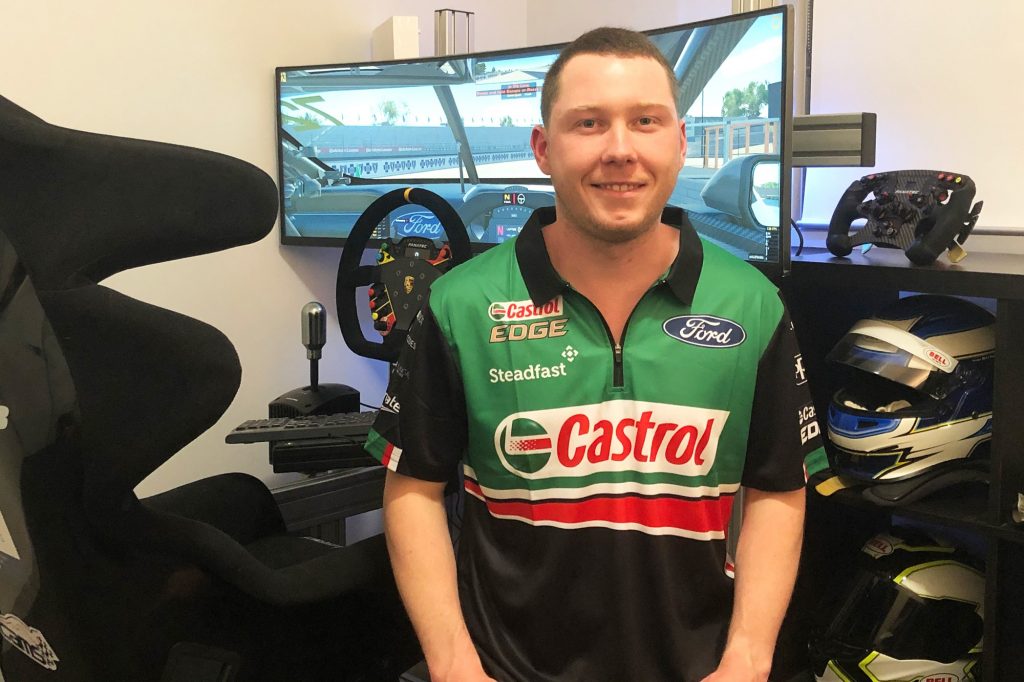 The second stage of the draft process saw the ten contestants line up for three qualifying sessions and three virtual races against each other with points awarded based on finishing position. After the points were tallied, the drivers were ranked based on points before Kelly Racing made its bid for its Eseries pilot.

At the end of the draft process, Kelly Racing teamed up with 25 year-old, Melbourne-based Benjamin Smith. Benjamin is a train driver by day and Supercar simulator pilot by night with over five years’ virtual experience, highlighted by his Gran Turismo International Finals appearance in 2014.

On the real race track Benjamin competes in the Hyundai Excel Cup in his spare time and enjoys all facets of motorsport. Benjamin will run number 151 in the Eseries, the same number he debuted with in the Excel series.

Benjamin is Kelly Racing’s single full-time representative in the Supercars Pro Eseries and he will alternate each round between competing in the Castrol Racing and NED Whisky Racing colours. 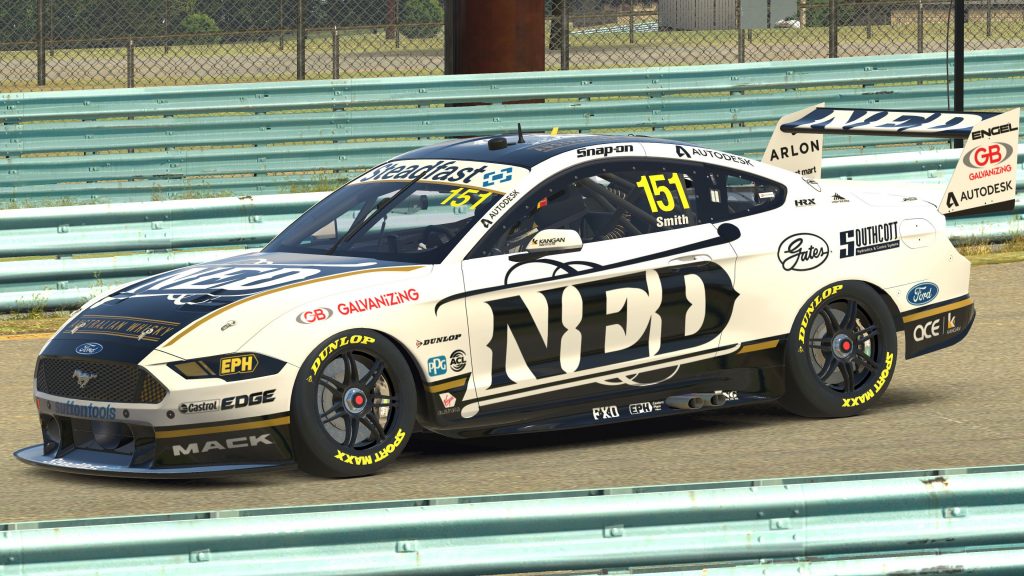 During Bathurst week Benjamin caught up with Rick Kelly and André Heimgartner virtually as they welcomed him to the Kelly Racing team.

The first round of the Repco Supercars Pro eSeries kicks off next Tuesday, 27 October and will feature two international racetracks – Detroit Grand Prix at Belle Isle and Silverstone Grand Prix Circuit.

The Eseries opener will see Kelly Racing support Breast Cancer awareness by going pink with its Castrol Racing livery. The Supercars community is using this round to raise funds for the Breast Cancer Trials charity organisation, which we strongly encourage our supporters to contribute to if they can. Donations can be contributed by clicking here.

Kelly Racing and Benjamin look forward to returning to the virtual racetrack as part of the Repco Supercars Pro eSeries next week.

“I really enjoyed watching the Supercars All Stars Esereis earlier this year and seeing Rick and André build up their simulators and improve as the series went on so when the opportunity came up to compete in the Supercars Pro Eseries with Kelly Racing I was extremely excited.”

“Over this COVID period, especially being based in Melbourne, iRacing has been a great way to stay connected with friends and I’ve obviously had quite a lot of practice this year in particular so I’m looking forward to the new challenge and hopefully getting some good results over the next couple of weeks.”

“It was great to meet Rick and André virtually as they prepared for the Bathurst 1000 last week which was awesome and they welcomed me to the team. I know they’re still using their simulators so we might even do a few practice sessions together.”