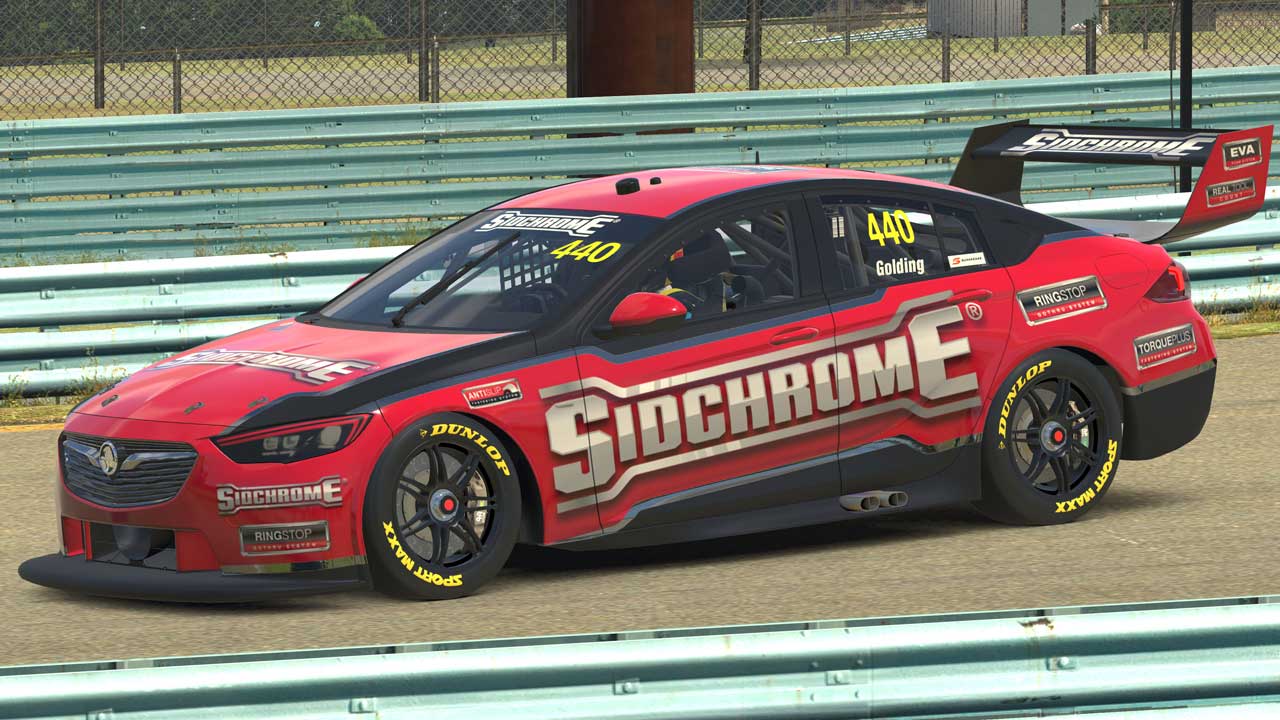 Team 18 have unveiled the #440 SIDCHROME Holden ZB Commodore that James Golding will race in the Supercars Pro Eseries commencing on October 27.

Sidchrome is an iconic Australian brand of mechanics’ tools and a subsidiary of the Stanley Black & Decker group.

Sidchrome has a proud history in motorsport, sponsoring several Australian and New Zealand racing drivers in the 1970s including seven-time Bathurst 1000 winner Jim Richards, and has been a loyal partner of Team 18 since 2015.

Golding, a noted sim-racer himself, shared the #18 IRWIN Racing Holden Commodore with Mark Winterbottom to eighth place at last weekend’s Bathurst 1000, and assisted Winterbottom to a top ten position in the 2020 Virgin Australia Supercars Championship. 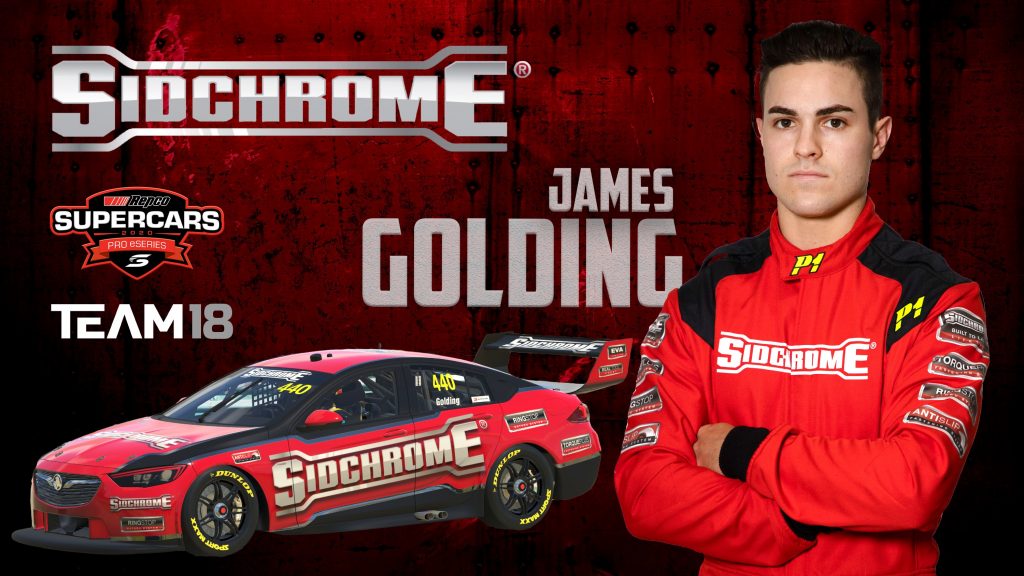 Following the success of the Supercars All Stars Eseries during the COVID-induced break from racing, the Pro Eseries will return using the popular iRacing online racing platform.

Golding, who impressed with a fourth-place finish in his wildcard appearance in the All Stars Eseries earlier this year at Interlagos, will take on the best sim-racers from all over Australia from his own home in Melbourne, Victoria.

In conjunction with this partnership, SIDCHROME will be running a promotion from the 1st of November, more information on this will be announced next week during the Eseries.

The 2020 Repco Supercars Pro Eseries will take place over six weekly rounds from October 27 through to December 1, with the first round’s races at the Detroit Grand Prix Belle Isle circuit and the Silverstone Grand Prix circuit.

A field of 22 cars will take on the series including entries from all 10 Supercars Championship teams.

You can see all the action of Golding in the SIDCHROME Holden Commodore in the 2020 Repco Supercars Pro Eseries with live primetime broadcasts on Fox Sports 506, KAYO Sports, the Supercars Facebook, Twitch and YouTube channels.

“It’s fantastic that an iconic brand like SIDCHROME are coming onboard in a big way with Team 18 for the Supercars Pro Eseries,” said Golding.

“The All Stars Eseries earlier this year saw massive viewership and engagement to a new audience of racing fans.

“I had been cutting plenty of laps on my own simulator to prepare for the Bathurst 1000, the realism of the circuits and the cars are insane and it’s only getting better.

“The simulator that SIDCHROME are giving away is top notch, whoever wins that will be very happy to take it home.

“I’d like to be able to run in the top 10. I think that would be pretty awesome,” he said.

“The racers joining the series are the best in the country and put so much time and effort into their sim-racing.

“I am going to have to step my game up because the level they’re at is seriously impressive, but to have the opportunity to represent Team 18 is great and something to keep me focussed in the back half of the year.”

“If I can get one win out of the whole thing, that would be unreal, but I’m jumping into have a bit of fun, hopefully have some good battles and turn up the action for those watching from home.”

“We are excited for the SIDCHROME brand to be involved in the Supercars Pro Eseries with James Golding.

“SIDCHROME has been a part of the motorsport scene for many years and this is a great way for Sidchrome to engage with our target audience.

“We look forward to seeing the entertaining races that are in-store for the Supercars Pro Eseries.”