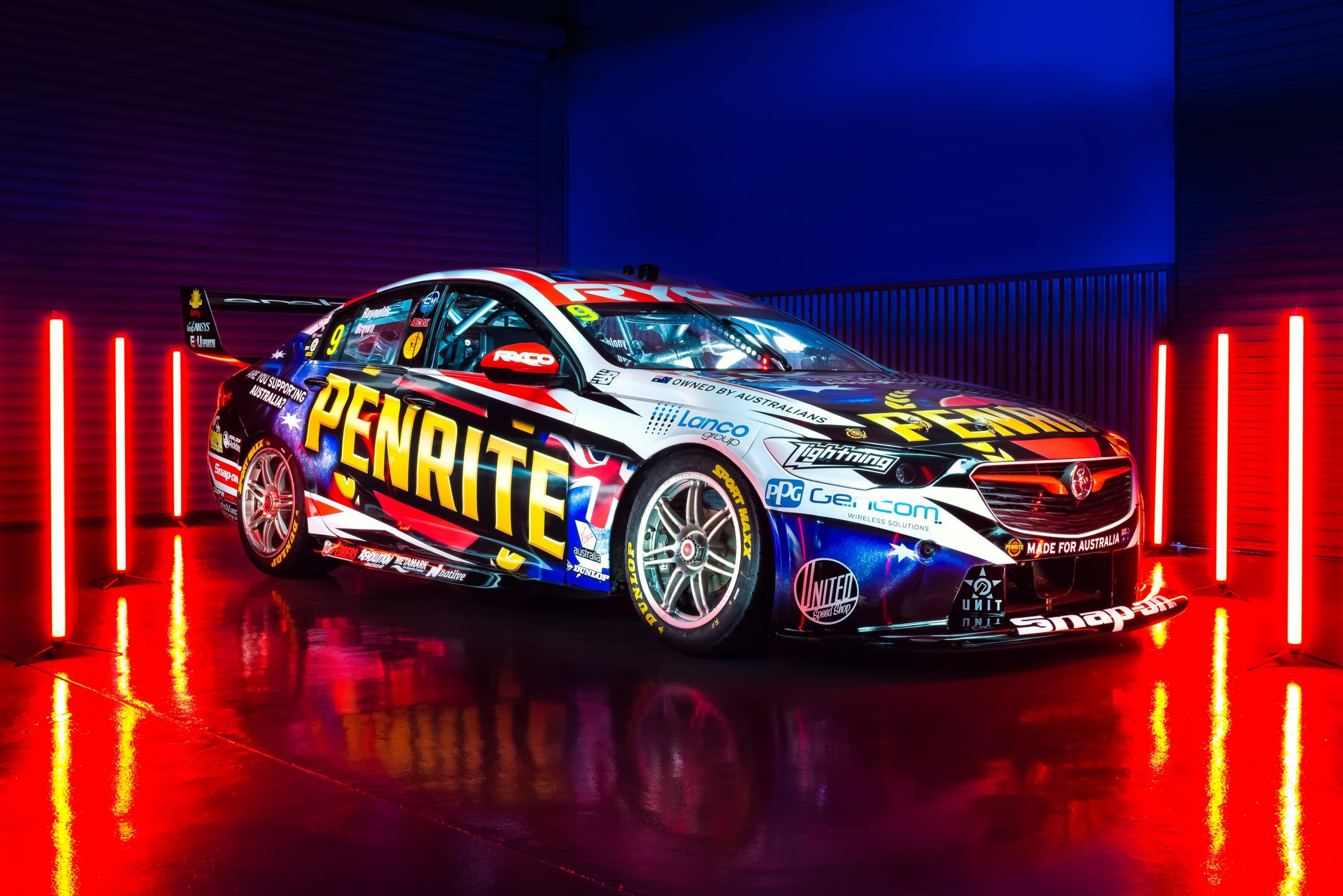 Penrite Racing has today revealed the livery it will race at next week’s Bathurst 1000.

The team unveiled a truly Australian theme for the two Holdens that will be driven by David Reynolds, Anton De Pasquale, Will Brown and Brodie Kostecki at Carlin and Gazzard in Mount Gambier tonight.

“Seeing the Aussie flag draped alongside the Penrite logo brings back a lot of memories from 2017,” Reynolds said.

“We won Bathurst as a team with the same bunch of people, so hopefully that brings back some good luck.

“I can’t wait to get to Bathurst, it’s a huge iconic event, and we are representing a massive Australian brand – we are the full Aussie brigade.” 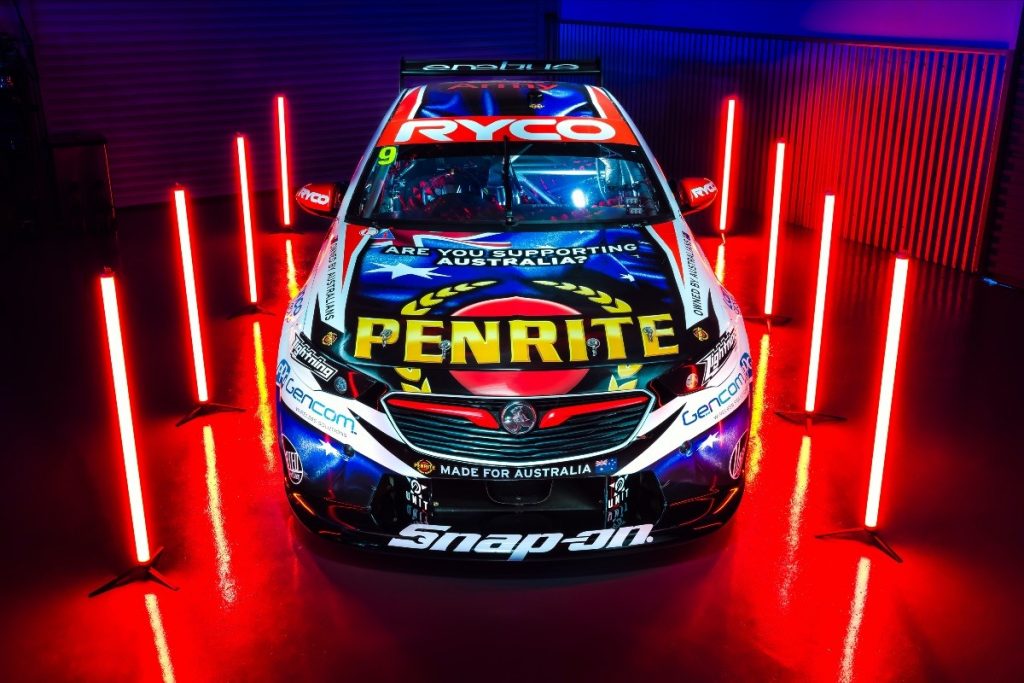 The team won the Bathurst 1000 with an Australian-inspired livery back in 2017 and have returned with a similar look in an effort to urge fans to support local jobs and re-stimulate the economy after the impact of COVID-19.

Wrapped in Metamark film, the newest edition features sharper lines and a dash of PPG white.

“Penrite have always been proud to show off their heritage, and so have we,” Reynolds said.

“It’s fantastic to see Penrite pushing for people to support local, there’s nothing more important for our economy right now.”

In addition to the national flag, the design features the strong call-to-action Are you supporting Australia, which is heavily mirrored in Penrite’s branding at turn 2 and latest television commercial.

Penrite Oil’s Director of Motorsport Jarrod Harding said there was no better time to be supporting local brands and manufacturing.

“It’s time we all looked at the choices we make, are we doing all that we can to recover,” he said.

“Australians are still really hurting and we’re certainly doing all we can to support Aussie families, we’re just reminding others to think about doing the same.

“We are also guaranteeing we are getting the highest quality product, made right here in Australia by Australians; something Penrite have been doing for nearly 100 years.

“Penrite are committed to investing in the future for local manufacturing and local jobs and aiding in the recovery of our nation during these hard times.”

The Penrite Holden’s are set to arrive in Bathurst early next week before practice kicks off on Thursday.