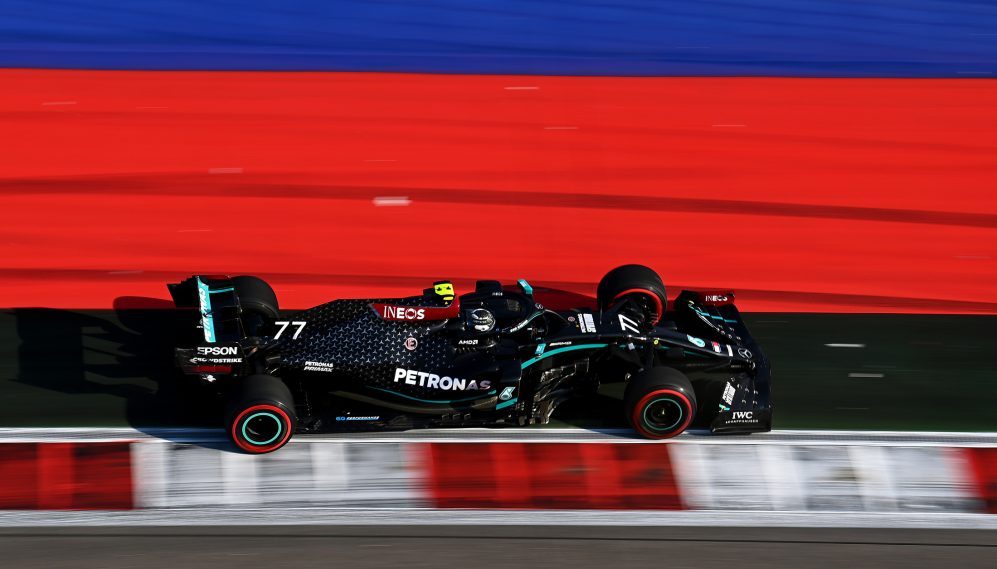 Valtteri Bottas once again dominated the time sheets throughout the opening practice session at the Russian Grand Prix. The Finn may well wish that points were awarded for practice or the weekend reversed, then the championship may have taken on a whole new perspective.

Sochi marked another milestone in the constant battle against COVID-19. The recent upsurge in cases across the UK and scattered areas in Europe led to a recored number of confirmed cases amongst the plethora of F1 personnel who are tested almost incessantly. The regime was essential to ensure that the virus stays clear of the F1 bubble. In contrast, the Russian Grand Prix began in almost a retrospective air, with promoters having sold somewhere in the region of 30,000 tickets for the event.

While Both enjoyed his time at the top, Daniel Ricciardo was another to shine in a vastly improved Renault. The Australian finished P1 in second position and only dropped one place to Lewis Hamilton in P2 to finish just over a second behind the leading Mercedes.

“We keep on setting the time sheets alight on Friday, so it’s nice to see us high up again today,” Ricciardo told Renault Sport. “It’s a circuit I’ve not had too much success or confidence on before, so it definitely gives me a boost. I learnt a lot and showed strong pace in every run. Looking ahead to tomorrow, I think it’ll be a lot closer especially between us and the teams that are about two to three tenths behind, so I think qualifying will be tightly contested. But I draw a lot of confidence from today and we’ll look to string it all together for the rest of the weekend.”

“It was probably the first time I’ve ever really been hooked up around here,” said Ricciardo at the end of Friday’s running. “It felt good! The first run this morning… I was on it, and stayed on it for the rest of the day, so really happy with another good Friday. 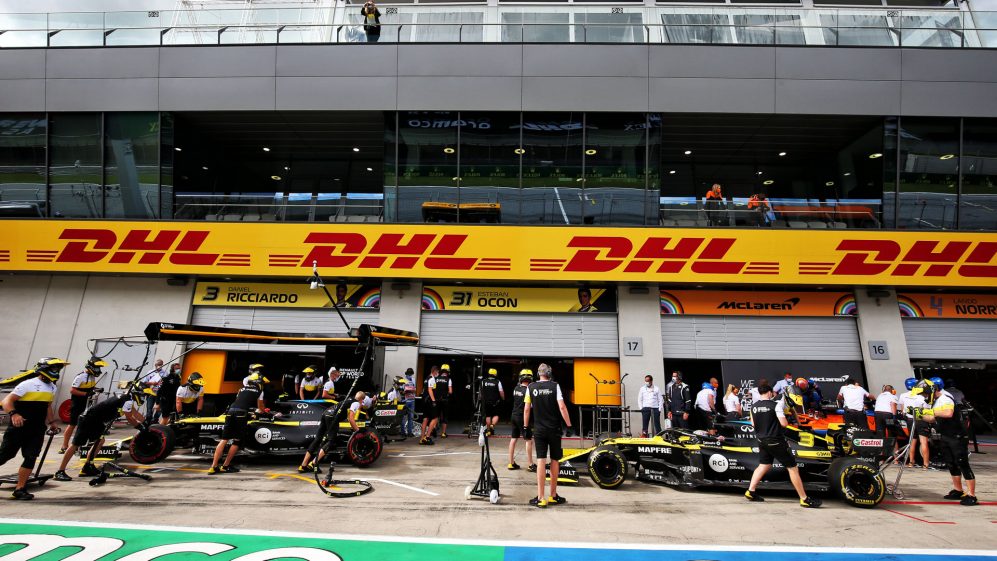 The racetrack presented many drivers with problems across both sessions with a lack of grip on the dirty track surface. A small error on the approach to a corner inevitably led to dramas at the exit. Hamilton struggled to 16th in the opening session while Sainz and Latifi both found the wall in separate incidents. Sainz managed to limp back to the pits with a much reduced rear wing, while the Williams was wedged into the tyre barrier after a similar contact with the outside wall.

“There’s definitely more to come but overall, it was a positive first day of running,” Bottas said to AMG Petronas media. “Conditions were quite tricky out there and that’s why there were so many drivers making mistakes. There were a few interruptions and that meant we were a bit limited with running, and I also had a big lock-up, which destroyed a set of tyres. Second practice was better, and we managed a lot of laps, but I still didn’t quite get all the sectors right. The first two sectors felt really good, but the car was a bit too nervous in sector three. I was doing some rally-style drifting at times, which probably isn’t the fastest way around, so there’s still a lot of time to find. But we’re in good shape and I’m sure we can make improvements ahead of tomorrow.”

Hamilton improved to second in P2, 2/10th behind the leader. Sainz recovered from his P1 crash to finish the day in 4th ahead of teammate Norris. Perez, Verstappen, Leclerc, Ocon and Vettel rounded out the top 10 on a day where there was some encouraging signs for Ferrari. A new rear wing configuration appeared to improve the stability of the car and both drivers recording more competitive times.

“The car has been performing really well here, but it wasn’t the smoothest day for me, so there’s work to do tonight both on the driving side and set-up wise,” Hamilton explained to AMG Petronas media. “The day didn’t start very well, as first practice was pretty poor. I had a lock-up at Turn 2 on the Soft tyre and then when I went onto the Hard compound, I completely destroyed them, so FP1 was scrapped. The second session was a lot better, but I wasn’t able to put all the sectors together so it’s still a work in progress: I was a bit down in sectors one and two, but sector three was nice. The grip levels today were pretty low and that made things tricky out here, with a lot of sliding around. But I’m sure it will grip up and things will be closer tomorrow.”