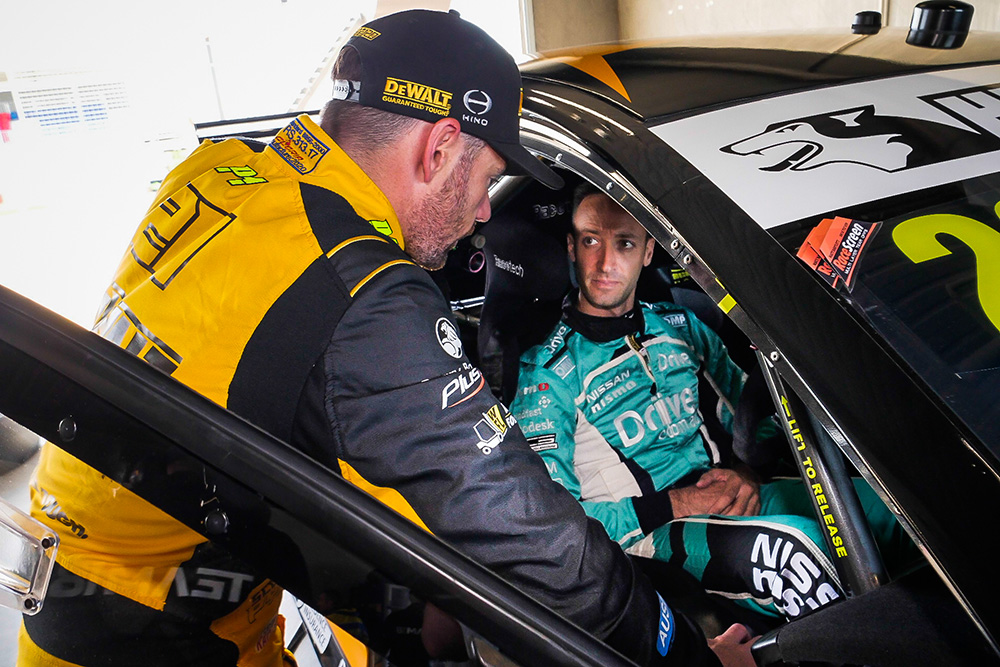 Team 18’s Bathurst 1000 co-drivers James Golding and Dean Fiore have confirmed their plans to join the team a week prior to the Supercheap Auto Bathurst 1000 on October 15-18.

Following the double-header at The Bend in South Australia, the Victorian-based team will return to their temporary home at Ross Stone Racing on the Gold Coast to prepare for the grand finale of the 2020 season.

Golding, who will team up with Mark Winterbottom in the IRWIN Racing Commodore, yesterday flew to Darwin to start two weeks of quarantine before joining the team on the Gold Coast the week prior to Bathurst.

Fiore, who will partner Scott Pye in the DEWALT Racing Commodore, will fly direct to the Gold Coast from his home in Perth, West Australia and join up with the team as Golding emerges from quarantine.

Golding will compete in his fifth Bathurst 1000 after spending two years in the Supercars Championship as a full-time driver with Garry Rogers Motorsport.

The Victorian was set to compete in the S5000 Australian Drivers’ Championship alongside his enduro campaign with Winterbottom, however those plans were paused in the wake of the COVID-19 pandemic.

In the meantime, he has been keeping race fit with laps in his go-kart when restrictions permitted, as well as many hours on his simulator.

Golding will continue a relationship with his former race engineer in Manuel Sanchez, who moved to Team 18 from GRM to engineer Winterbottom.

Fiore will make his 12th Bathurst 1000 start after three years with his family-run Triple F Racing from 2009-2011, one with Dick Johnson Racing in 2012, one start with Lucas Dumbrell Motorsport and the last six years as an endurance driver with Kelly Racing.

In his 2013 season with LDM, Fiore was team-mate to Scott Pye in a pair of ex-Triple Eight Commodores, but this will be the first time the pair has teamed up for The Great Race.

Fiore has already found track time at Bathurst this year, finishing third in the Pro-Am class of the Bathurst 12 Hour in an Audi R8 alongside Marc Cini and Lee Holdsworth.

Golding and Fiore have been in regular contact with team owner Charlie Schwerkolt and team manager Steve Henderson during this time to ensure they are up to speed with the progression of the team.

They will spend a valuable week with the drivers, engineers and crew on the Gold Coast to ensure they are settled and prepared as best as possible before travelling down with the team to Bathurst for race week.

Team 18 is currently preparing for this weekend’s OTR SuperSprint, before the final race of the 2020 Virgin Australia Supercars Championship at the Supercheap Auto Bathurst 1000 on 15-18 October. 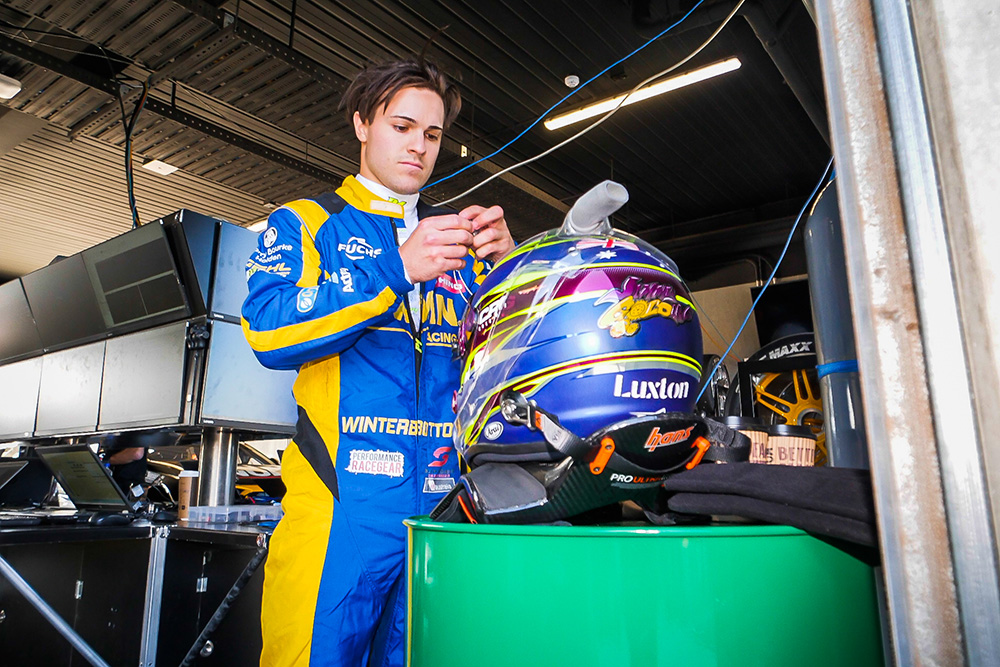 “It’s been pretty sudden getting ready to head up to Darwin for quarantine,” said Golding.

“I knew it was going to happen eventually but it will be good to get the quarantine done earlier and get back to the Gold Coast to join the team and prepare as much as we can before Bathurst.

“It’s the most important race in the country so we don’t want to leave any stones unturned in our preparation and make sure all the boxes are ticked before we hit the track at Mount Panorama.

“I felt pretty comfortable when I first drove the car on the test day in February. I wasn’t sure what to expect driving a car other than one built by GRM, but I felt comfortable straight away.

“I’ve been training flat out and doing plenty of laps on my simulator to stay focussed. I completed a few laps in an S5000 at Phillip Island for a driver evaluation day, and I took my go-kart out a couple of times when the COVID rules were first lifted.

“You don’t want to go into such a big race and have one little mistake wreck the day because something wasn’t known, so it’s important to have everything ticked off so all I need to do is get in the car and do a solid job then have anything happen that could have been avoided.

“If we did get some extra co-driver miles in practice then that will be far more valuable than a test day at another track anyway.

“For the race I’ll just be assessing where our speed is at try to do the job the best I can and if I’ve done my job then wherever we’ll end up I’ll be happy with, hopefully we can be fighting towards the front come the last hour.

“I’ve had a pretty good relationship with Frosty’s race engineer Manuel Sanchez when he was my engineer at GRM. I’ve also been chatting often to Frosty, Charlie and the team manager Steve Henderson to keep updated with everything that’s going on so I’m on the same page as them when I join them in a couple of weeks.”

“I’m looking forward to landing on the Gold Coast the week before Bathurst and spending some good time with everyone in the team to get our preparation underway for our biggest race of the year,” said Fiore.

“For me it’s been business as usual in Perth and I’ve been keeping busy with work, training and spending time with my family.

“I did some laps a couple of weeks ago in a mates Porsche Cup Car at Barbagallo which I was very grateful for.

“I have kept in contact with Scott and Phil Keed and they have been keeping me across things as much as I need to be and I’ve been doing everything I can on my end to keep fit and prepare for what is going to be a very quick endurance campaign.

“The week on the Gold Coast will be critical to get everything sorted from an ergonomic point of view and practicing driver changes and all the one-percenters that need to be done before Bathurst.

“The races have been great viewing this year, especially for Scott. They have found a sweet spot in that car at the moment which fills me with confidence heading to Bathurst.

“You never know what you are going to get with a new driver and engineer combo, but it looks like Phil and Scott are gelling quite well and it shows straight away on the track in terms of the results, It’s good to be walking into an environment like that.

“This will be my 12th Bathurst 1000, but I’d welcome any extra track time around there, I think there should be half a day for co-drivers only! But the quality of the co-drivers these days is such that once you get to a certain level you should be up to speed fairly quickly so that shouldn’t be an issue.”