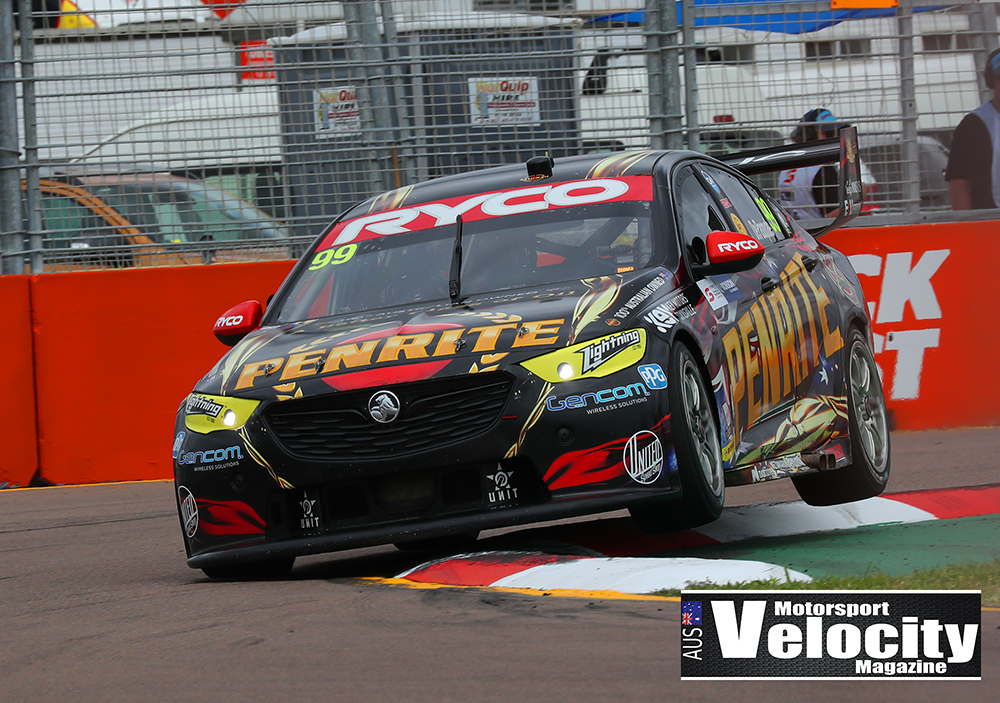 Penrite Racing young gun Anton De Pasquale is confident he has the team and tools behind him when the Championship heads to Tailem Bend this weekend.

It will mark the first of two back-to-back events in South Australia, with the first held on the regular International circuit before switching to the shorter West circuit next weekend.

“It’s good to go back at another happy hunting ground for us and obviously we had the pre-season test there so we know where to start the weekend,” De Pasquale said.

“It’s really cool to be racing on two different circuits to make things a bit different, but for teams everything we have learnt will still transfer over with only small differences.”

De Pasquale’s trip to Tailem Bend in 2019 was his best weekend of the year, finishing with a podium and seventh from the weekends two races while teammate David Reynolds finished with a podium the year earlier.

The #99 Holden was also third fastest at the pre-season test day earlier this year and since his win in Darwin he has recorded seven top 10 finishes and qualified inside the top 10 on eight occasions.

The young driver credits his results to his relationship with Race Engineer Mirko De Rosa and the experience they are both gaining together.

“When we first started together, we both had a lot to learn and to prove to other people that we could do it, but at the same time we were both pretty patient in that we weren’t going to get better overnight,” De Pasquale said.

“Once we worked out that we were both had the same attitude, we both worked really hard to achieve goals together which has been pretty cool, so we have ticked off a few now but we still have a lot to go.

“Every time we go to the track we have more tools in our toolbox and naturally things start to happen a bit quicker.

“Our race pace is now one of our strengths which it hasn’t been before, so we’ve worked well on weaker areas to make them better.”