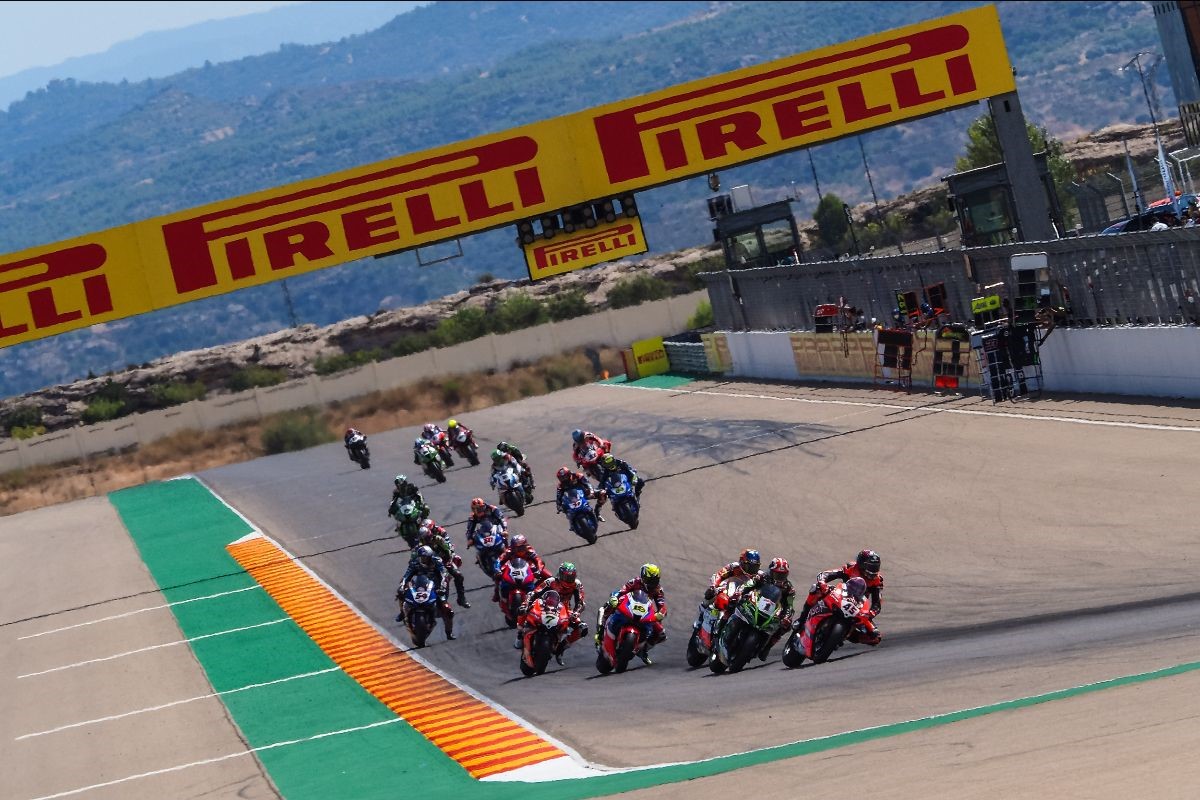 A thrilling battle in the MOTUL FIM Superbike World Championship between Jonathan Rea (Kawasaki Racing Team) and Michael Ruben Rinaldi (Team GOELEVEN) was the story of the day at the Pirelli Teruel Round as the reigning Champion extended his Championship lead to 36 points. The pair duelled throughout the majority of the 18-lap race with Rea coming out on top; Scott Redding (ARUBA.IT Racing – Ducati) finishing in third place.

Redding passed Jonathan Rea (Kawasaki Racing Team WorldSBK) on the opening lap but two corners earlier than he managed in the morning’s Tissot Superpole Race, with Redding passing the reigning Champion at Turn 13 to take the lead of the race having lost out to Rea at the start of the race.

It was Michael Ruben Rinaldi (Team GOELEVEN) who took advantage of the Redding and Rea battle on Lap 6 when Redding and Rea went wide at Turn 8 fighting each other, allowing Rinaldi to cut back through Turn 9 and get the run on both riders; eventually diving down the inside of Redding to take the lead. 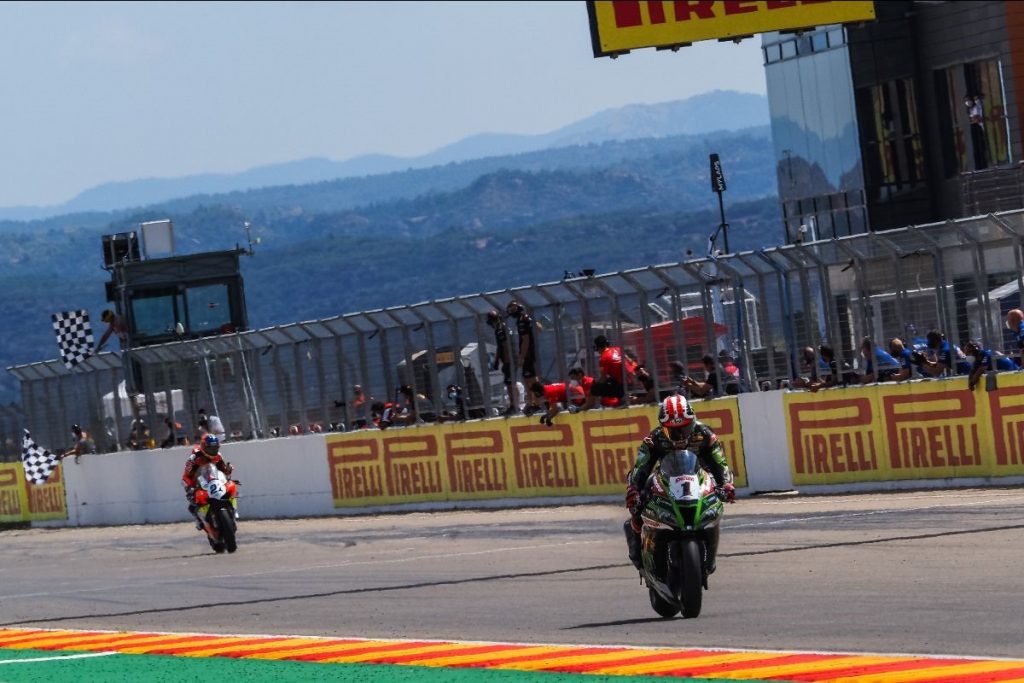 Rea was able to get ahead of Redding and pull out a gap of around one second to Redding, allowing the five-time Champion to start applying pressure to Rinaldi. It would take Rea until three laps left of the race before he could pass Rinaldi; the Italian rider not buckling under the pressure of racing with Rea, coming home to finish second behind Rea and claiming his third podium in three races. Rea had a couple of huge moments during the race; making a superb save after running wide while trying to pass Rinaldi while he also had to make another save at Turn 1 shortly after passing Rinaldi.

Redding was unable to respond to the leading duo and came home in third place, securing a podium place but finds himself now 36 points behind Rea in the Championship standings. Leon Haslam (Team HRC) secured his best result of the 2020 season with fourth place, finish more than a second clear of Alex Lowes (Kawasaki Racing Team WorldSBK) in fifth. The duo finished five seconds ahead of Michael van der Mark (PATA YAMAHA WorldSBK Official Team); the Dutchman coming home in sixth place.

Tom Sykes (BMW Motorrad WorldSBK Team) became the first retirement from the race when he pulled into the pits on the opening lap while Maximilian Scheib (ORELAC Racing VerdNatura) crashed out on Lap 4. Alvaro Bautista (Team HRC) crashed out at Turn 7 on Lap 5, forcing the Spanish rider to retire from the race. Chaz Davies (ARUBA.IT Racing – Ducati) was another retirement from the race after a crash on Lap 13 while he was running in the top five, while Sylvain Barrier (Brixx Performance) also did not finish the race.

P1 Jonathan Rea (Kawasaki Racing Team WorldSBK)
“It was a great day. In the Tissot Superpole Race, I just didn’t have the opportunity with Scott. In the early laps, he had a really good rhythm. In Race 2, I just tried to go and got aggressive in the first few laps. It was all fine and fun. And then with Michael at the end, he had good rhythm, he was strong in some sectors and I was strong in others, especially corner entry, turning around the corner and initial traction. I couldn’t find an opportunity, but he ran a bit wide at Turn 5 and I capitalised on the exit. From there, I just put my head down. It was an incredible day for the Kawasaki Racing Team.”

P2 Michael Ruben Rinaldi (Team GOELEVEN)
“It was a great weekend for us! This afternoon was a little bit colder and I have the soft tyre on like yesterday, but it didn’t pay off because Jonny used the SC0 tyre. With it being cooler, the tyre did not work as well for us. I tried to fight Jonny, but I couldn’t. I did my best and I’m happy.”

P3 Scott Redding (ARUBA.IT Racing – Ducati)
“I tried something different with the tyres and like I expressed earlier this weekend, being a heavier rider, you can’t really use the SCX tyre, I tried it but have no rubber left. Rinaldi had rubber left and that’s what showed in the pace from the middle to the end of the race. It’s hard sometimes when you’re struggling with your bike, and the bike works better with a certain tyre, but I can’t really use it. I tried to use it then to be sure with my mind, but I didn’t finish strongly, and Rinaldi could still be strong. It upsets me a little bit, I believe I could’ve won the today. We’ve suffered a lot here at MotorLand Aragon and that’s a shame, but we’ll still keep fighting. We go onto other tracks and I’m sure that’ll favour us a bit more.”