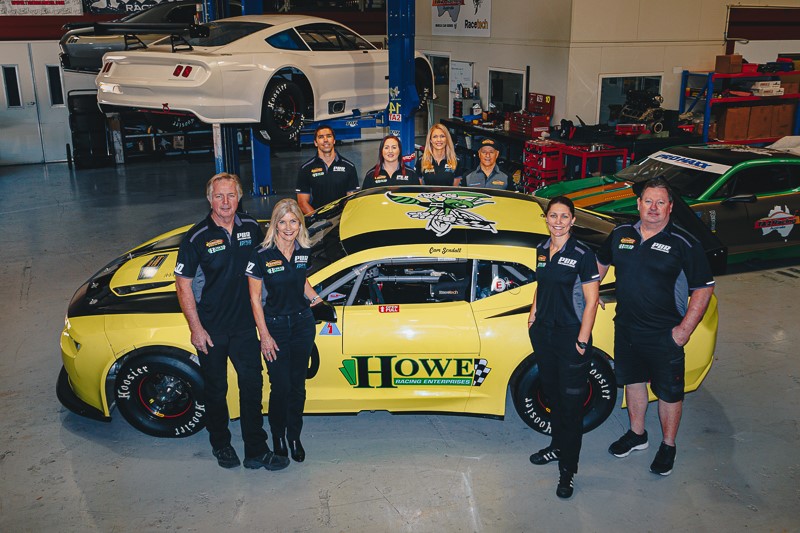 TA2 Racing Australia is proud to announce an extension of the agreement for Queensland based PBR Distributions to remain the exclusive dealer for Howe Racing Enterprises in Australia and New Zealand.

The announcement confirms the long-term future of the PBR same-spec cars currently used in the TA2 Muscle Car series, and will provide stable regulations for current and future competitors with continued support through spare parts and servicing.

Howe Racing Enterprises initially became the exclusive Australian supplier on a five-year deal in 2016 with PBR principal Peter Robinson, who was responsible for setting up and developing the same-spec platform in Australia and New Zealand.

Over 50 PBR spec cars have now been sold in Australia, and Howe Racing Enterprises president Chas Howe has praised the efforts of the PBR management team in developing the formula in Australia from the ground up, and was only too enthusiastic to extend his support for Australian TA2 down under.

PBR Distributions’ association with Howe Racing Enterprises has extended to an international driver exchange program that has given Australian TA2 Series Champions the chance to race between Australia and America.

Peter Robinson’s efforts are now focussed on developing the international profile of the series in New Zealand and the potential for a number of Trans-Tasman events,  plus increasing ties with other Howe-affiliated same-specification platform Racers in many other countries.

“Peter Robinson has never failed to deliver on any commitment to Howe, and PBR has exceeded by far all of the requirements of our 2016 agreement; extending the deal is a no-brainer,” said Chas Howe.

“It is easy now to jump on the ship, but the launching of the category in Australia required vision and a considerable investment.”

“Cost-containment and maintaining stable regulations is a constant challenge for any racing category, but Peter has the vision and discipline for the task and has done a phenomenal job.”

“Our independent TA2 Muscle Car Series has gained huge interest since its inception with the recent sale of the 50th car in Australia.

“Our TA2 Technical Manager Cameron Sendall is in constant communication with component manufacturers in the USA to give feedback on our research and development.

“This information is gained from every PBR TA2 car having the same equipment and our exposure to supporting these vehicles for our members. The findings are shared amongst the 12 other countries in the world who also race their version of the same-spec Howe platform.

“Howe Racing has also cemented a deal with McLaren Engineering in the USA (part of the Linamar Group) as the engine builder and supplier for our TA2 Racing Australia cars as well as many other countries, again exclusive to Howe Racing.

“Our intention is to grow the series across the Tasman, and are nearing final negotiations with likeminded Kiwis to up hold our rock solid mandate to run the series independently and keep the cost of racing low and ownership within New Zealand. In other words, owned by New Zealanders for New Zealanders.”