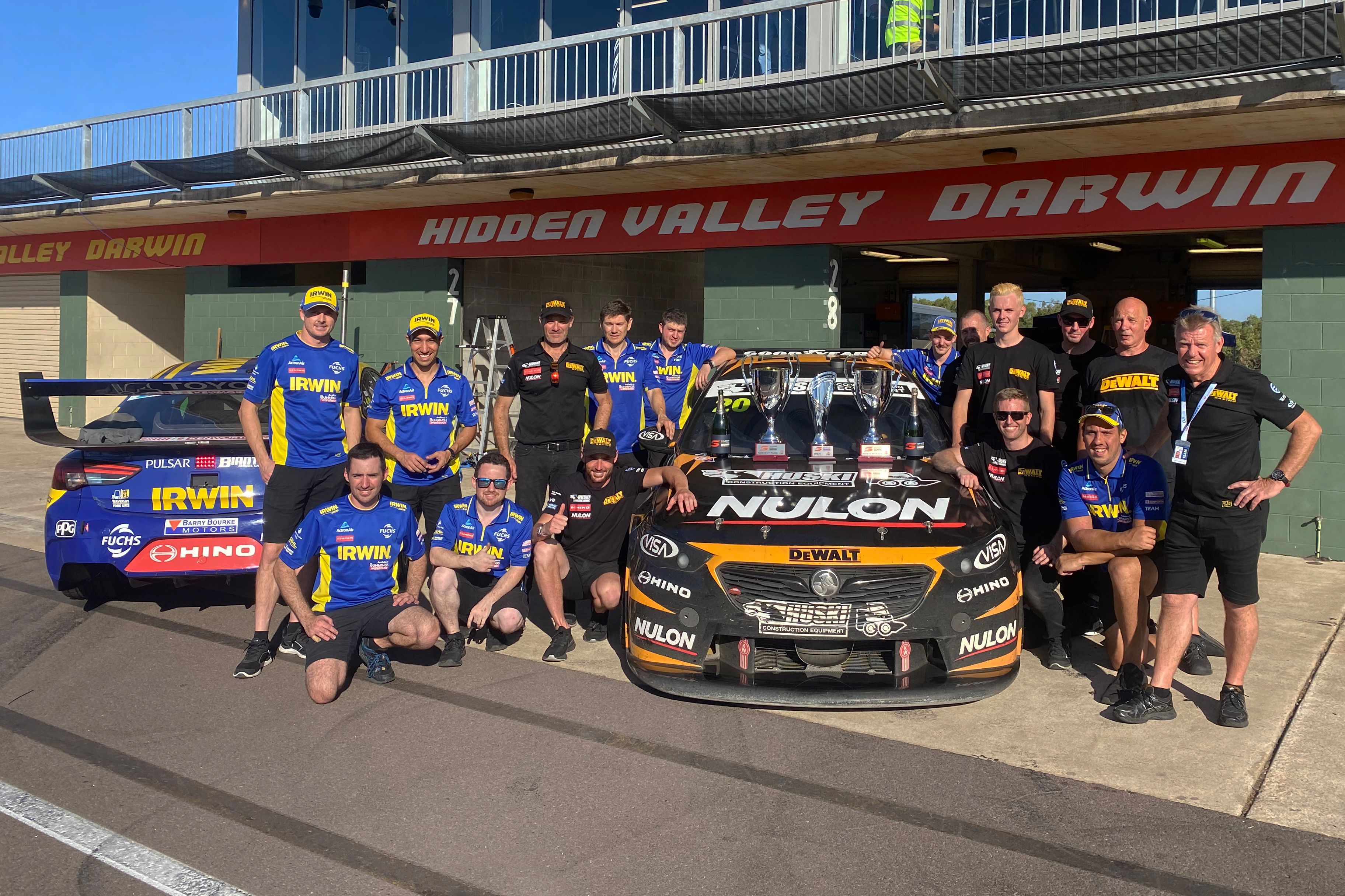 The 18th race of the season was special for many reasons for Team 18, placing both customer Triple Eight entries in the top four for the first time to cap off a strong back-to-back performance in Darwin. 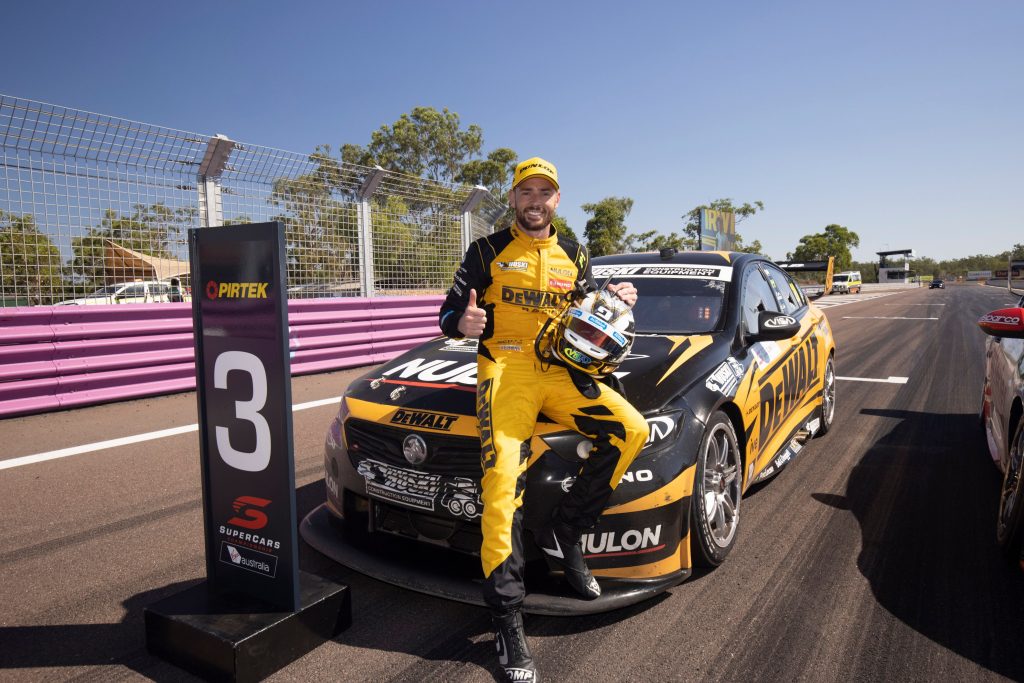 After scoring the team’s maiden top-three result as a standalone outfit last week, Pye repeated the occasion in both 38-lappers today starting from third and eighth respectively.

The DEWALT Commodore emerged effective fourth after pitting late for fresh right-hand-side tyres, before he chased and passed Fabian Coulthard with a late pounce at the final corner with eight laps remaining. Pye used his fresh tyre advantage to chase down Shane Van Gisbergen for second, but closely trailed him by two-tenths at the chequered.

Pye took his stop early in the final race as the pit window opened on Lap 5 and passed the dicing pair of Cam Waters and Jamie Whincup at Turn 1 the next lap to secure his double podium result.

Starting third for the day’s earlier race, Winterbottom was pushed back to tenth before penalties to other competitors promoted him to ninth.

The IRWIN Racing Commodore went for a longer opening stint in the final race, stopping with 12 laps to go and using his fresher tyres to pass Whincup and Chaz Mostert for fifth.

Winterbottom fought tooth-and-nail with Van Gisbergen for fourth place before they ran side-by-side through Turns 5 and 6 with four laps to go. The four-time Darwin race winner hung on around the outside to take the position and follow his team mate home for fourth.

IRWIN Racing and DEWALT Racing will bounce back next weekend, heading to North Queensland for the NTI Townsville SuperSprint on 29-30 August.

“I’m so happy with the weekend,” said Scott Pye.

“To get our team’s first podium last week and to now have three under our belt is a huge credit to the crew and the effort they are putting in with the stops and the car itself.

“The pit stops were unreal and the crew performed extremely well under pressure early as we went for a more aggressive strategy in the last race.

“We ran long in the first race and snagged a trophy, went short in the second race and also got a trophy. We could make either strategy work with the pace we had this weekend.

“I would have loved to see what we had if we pit in front of Percat in the second race and being able to press on with Scott. He was four seconds up the road and I think we could have maintained that gap.

“Phil Keed did an awesome job on the strategic calls and we are making massive headway on the setup, I’m feeling more comfortable and confident everyday I’m in the car.

“Really happy to get this result for DEWALT, Huski, Hino, Nulon and all of our team partners as well as my personal backers VISA and AusBlue for their support, and our growing community of DEWALT Racing and Team 18 fans.”

“The team should be so proud of their performance this weekend,” said Mark Winterbottom.

“I feel like we did everything we could this weekend, some things didn’t go our way in the races but our race pace was up there and we were close to a podium in that last race.”

“We have a quick turnaround to Townsville, and it has always been one of the toughest tracks on the calendar, a real concrete jungle.

“It’s great to head back in to Queensland and we will go back-to-back there.”

“Race 18 was a special race for Team 18, to beat the mothership of Triple Eight in customer cars in our first year as a two-car team is a massive achievement,” said Charlie Schwerkolt.

“As a benchmark you always measure yourself against the people that build our cars, and to beat them today is a massive boost for our team.

“Our drivers and crew haven’t seen their families in months, so to perform like this while on the road from our base is an amazing achievement.

“A double podium for Scott Pye today and fourth for Frosty in the last race is a fantastic way to end our time at Hidden Valley, we have learnt so much in these back-to-back weekends.

“We’ve got some really smart people in our new team and I can see a strong bond building within the group of experienced heads and eager young up-and-comers.

“We’ve made a massive gain in the teams championship, climbing three spots to fifth ahead of some incredibly well-credentialed outfits.

“The last seven weeks this team have been living, eating and doing everything together and they have all bonded really well during this time.

“A massive thanks to everyone at Stanley Black & Decker, and all of our valued team partners that have supported this team and for making this possible.

“Also to all the families and friends behind the scenes who are watching from home, we are thinking of you during these tough times.”