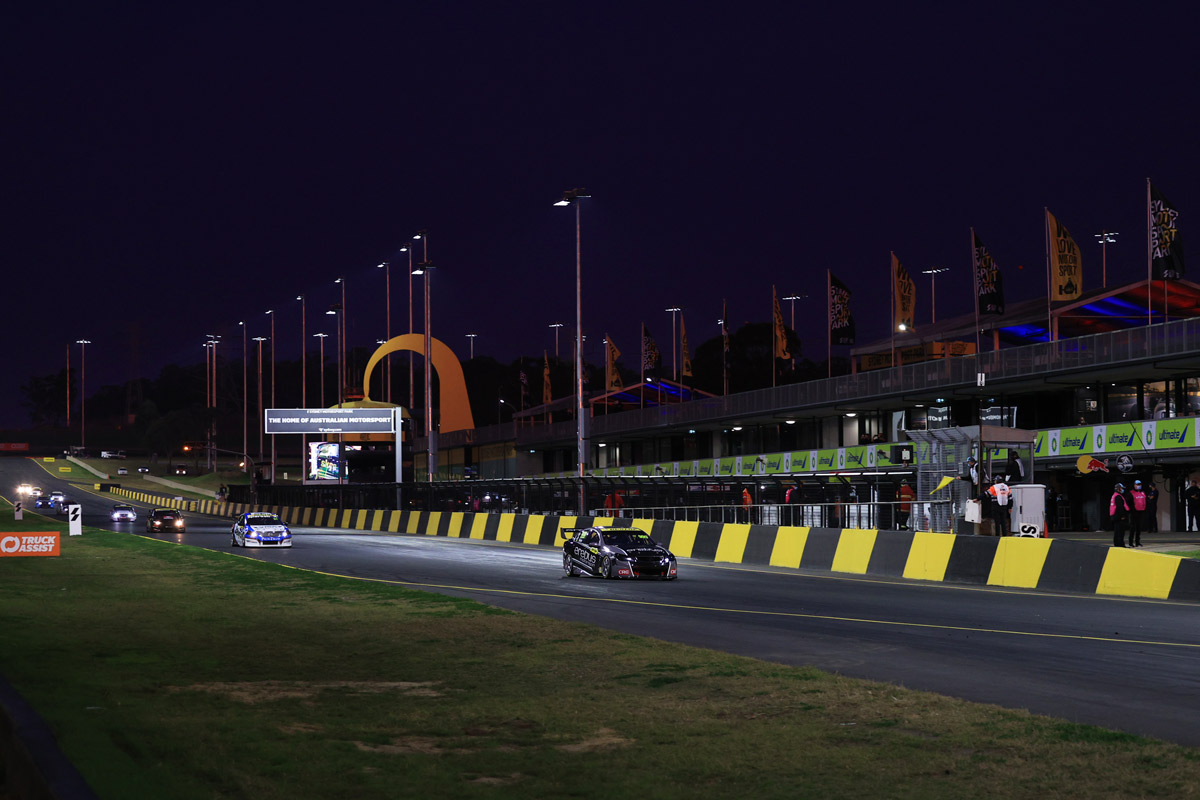 The combined Super2 and Super3 category lined up for their opening race at Sydney Motorsport Park as the sun began to set. The circuit gradually illuminated by the mass of light towers that cover the circuit.

Thomas Randle started from pole with Broc Feeny alongside. Feeney suffered wheelspin and was engulfed by Will Brown and Brodie Kostecki. Zac Best spun mid pack on the exit of turn 2 and Jon McKorkindale. Brodie Kostecki ran around the outside of Brown at turn 5 for second place.

The pack began to settle with Kostecki in pursuit of Randle until the end of lap 4 when Kostecki, the championship leader slowed suddenly with an alternator problem and limped into the pit lane. A quick check by the Eggleston team had Kostecki quickly back on track.

Randle held a comfortable lead from Brown as the race approached half distance, with a similar gap tp Feeney, who came under pressure from Jayden Ojeda. Ojeda took third just before the Safety Car was summoned to the track as officials went to the aid of Zane Morse.

Morse triggered the full course caution when he ran wide at turn 1, having moved wide to allow Zac Best to pass.

Randle, Brown, Ojeda. Feeney, Everingham, Mouzouris and Perkins, Boys, Robotham and Fraser were the top ten at the time.

The race resumed on lap 12, with a messy restart as Randle held the field onto the main straight, accelerated and then braked as Brown moved alongside. Brown was perfectly placed and jumped inside Randle at turn 1. Brown then received a bad sportsmanship flag for exceeding track limits at turn 5. Randle was also issued a 15 second time penalty for this indiscretion at the restart.

Josh Fife ran wide at turn 2 on lap 16 and returned to the track in front of Matt Chahda. Chahda veered left into the path of Zac best. The pair made contact for the second occasion in the race and this time it was Chahda who was pushed sideways by the Nissan Altima pilot.

McCorkindale suffered from a mechanical issue over the final laps with a vapour of smoke visible from the rear of the car. He eventually stopped at the exit of turn 1 on the final lap as Will Brown took the chequered flag. It was Brown’s first win for Erebus Racing and just his second in the Super 2 categoy. Thomas Randle finished second on track but dropped to  after the 15 second time penalty was applied. Jayden Ojeda was promoted to second with Broc Feeney in third. Tyler Everingham, Angelo Mouzouris, Jack Perkins, Jordan Boys rounded out the top 7

Jaylyn Robotham was eighth overall and first of the Super 3 runners to finish, while Thomas Randle and Brodie Kostecki completed the top 10.