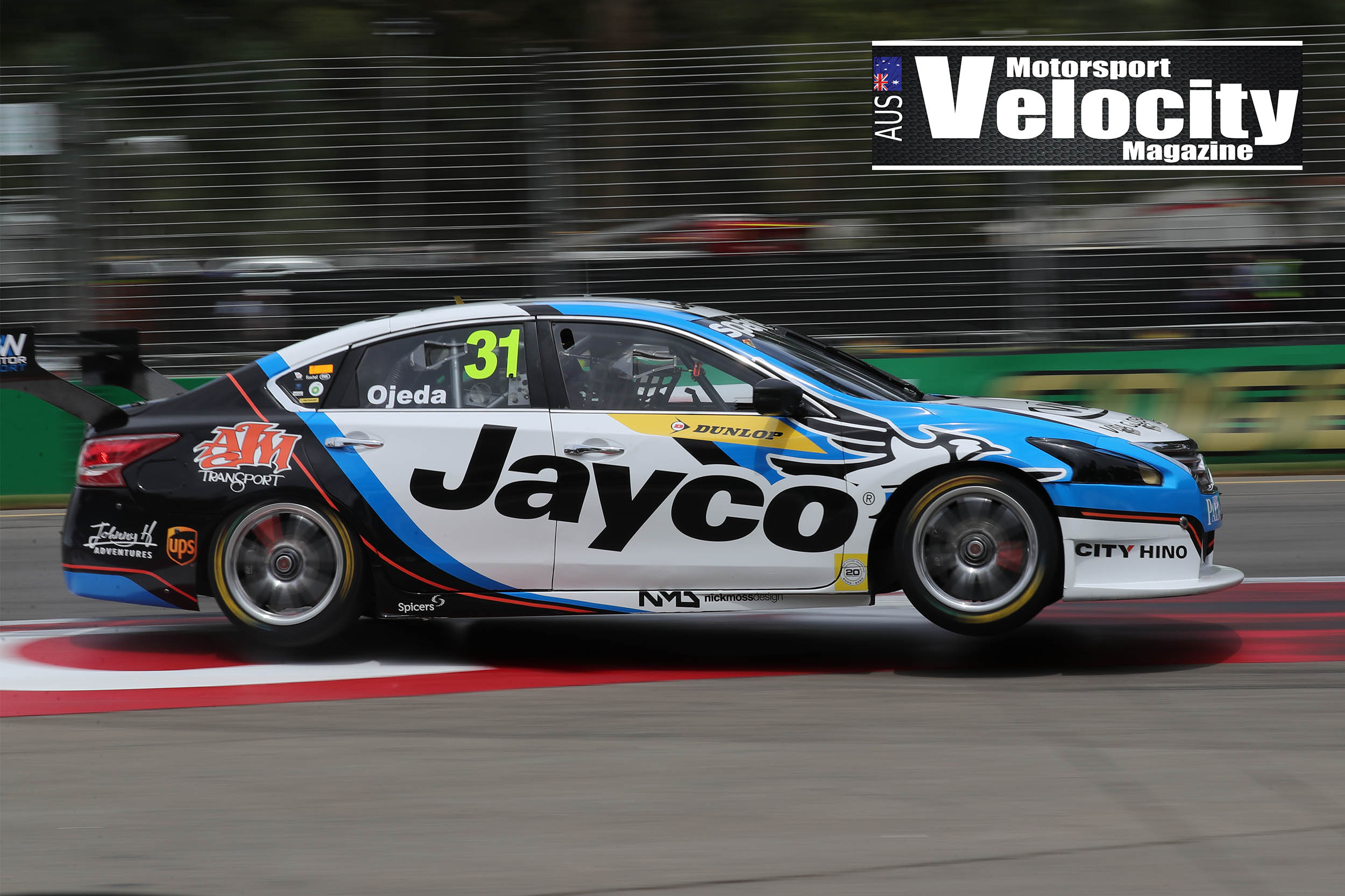 Matthew White Motorsport is excited and, at the same time, wary for what lies ahead for its four-car Super2 and Super3 team at Sydney Motorsport Park this weekend.

Even before a wheel has turned, it will go down as the most unique event for the category. It will be the first time that Super2 and Super3 have raced together, making it the first ‘class’ race in the Supercars era.

The race is also the first Super2/3 race since the outbreak of COVID-19, and with the future calendar unknown, it’s an event that team owner Matthew White promises his team will ‘race hard and enjoy the experience,’ as there’s no guarantee of what will come next.

Like the other Melbourne-based Supercar teams, MWM fled Victoria two weeks ago to ensure that it could make the event, and have since been working out of Sydney Motorsport Park’s pit garages.

For the race event, starting on Saturday, MWM and the other Super2/3 teams will relocate to the undercover sheds behind the main pit building.

The team tested at the western Sydney circuit late last week, enjoying a trouble-free day in preparation for the two practice sessions, qualifying and two races over the shortened two-day event.

MWM’s three-car Super2 Nissans feature Thomas Randle, currently second in points after scoring pole and a win in the first and only round so far in Adelaide. Randle has secured new support from Herzog Steel, Exclusive Building Group and Weber Store, joining regular backers ACT Fence Hire and DeVilbiss.

Jayden Ojeda, who moved up to Super2 after a successful season in Super3 last year, is currently fifth in points, while rookie Zak Best sits ninth.

While no fans will be able to attend the race meeting, all sessions will be broadcasted live on Fox & Kayo.

“It’s been the unknown every day, but I couldn’t be prouder of my team of guys who have sacrificed a lot to be here for this event,” he said.

“Originally, we had our cars set-up and ready for Tasmania, then that was cancelled so we changed it all for a test day at Winton and the round, but the day prior to leaving for the test, everything changed again. And it changed dramatically too, and we found ourselves throwing everything into the truck to head to Sydney.

“It was fine for me and the full timers in our team, but for everyone else (contractors) that are here for our team shows a huge amount of dedication and we are extremely grateful.

“On the other hand, there were some who sadly couldn’t make it, so I’m feeling for them. These race weekends are hard work, but it’s the sport we love and a shame that they all couldn’t be here.

“Our aim for Sydney is to punch as best we can, and frankly, enjoy it as well. It’s no one’s fault, but it could be our last run for a while, so we’re going to have some fun and hopefully come back with a trophy or two. I’m really looking forward to the weekend.

“Supercars and all its teams are doing everything they can to to not endanger anyone. They’ve done a great job in managing it all so far, so we all have our fingers crossed because it’s just a tough time for everyone.”

“It’s been weird period, that’s for sure,” said Randle.

“It’s nearly five months since I’ve driven my Skye Sands Super2 Nissan, but I managed to snag a few laps in the other boys’ cars in the test last week, so I’m excited to get back on the track.

“It will be a busy day with four sessions, and I can sense a tight battle between Brodie (Kostecki), Will (Brown) and Jordan (Boys). It’s anyone’s game.

“Brodie Is leading the championship, but hopefully we can have a good run in qualifying. The key will be to look after the tyres. As we also saw a few weeks ago in Sydney, tyre life was a massive factor. That makes practice important, and I’ll work on myself and the car and try and extract the maximum and put it all on the line.

“It’s quite an unusual year, so we’ll go out there and pretend it’s the last round of the year as we just don’t know what’s going to come next.”

“Living in Penrith, everyone has come to us, instead of us leaving, so it has been quite interesting,” said Ojeda.

“I train at a local gym that work with a few athletes, and we’ve had a few of the main Supercars teams in here as well with my trainer. It’s been cool to have motorsport fall all around us, so it has been exciting.

“And it has certainly worked in my favour. I get to go home to my bed, no hotel, a lot less stress and the team has been up here near me for a couple of weeks.

“Our plan is to go in and learn and develop, and that is made easier with a bunch of great guys with MWM. We really want some strong results, push for top five and maybe even top three. I feel that we proved in Adelaide that we can achieve that.

“I also know the track really well. It does have a home ground advantage for me.”

“We don’t really know what to expect. We tested here late last week, we did a few sessions and the main thing was to iron all the bugs out,” said Best.

“It’s going to be a tough weekend with tyre degradation. The first two practice sessions will give us an indication on of how the weekend is going to pan out. That makes those first two sessions important to get the car in the window come qualifying time.

“My aim is to be the best rookie. We don’t know what the series will look like from here on, so I’m aiming to get the top rookie and learn as much as I can.” 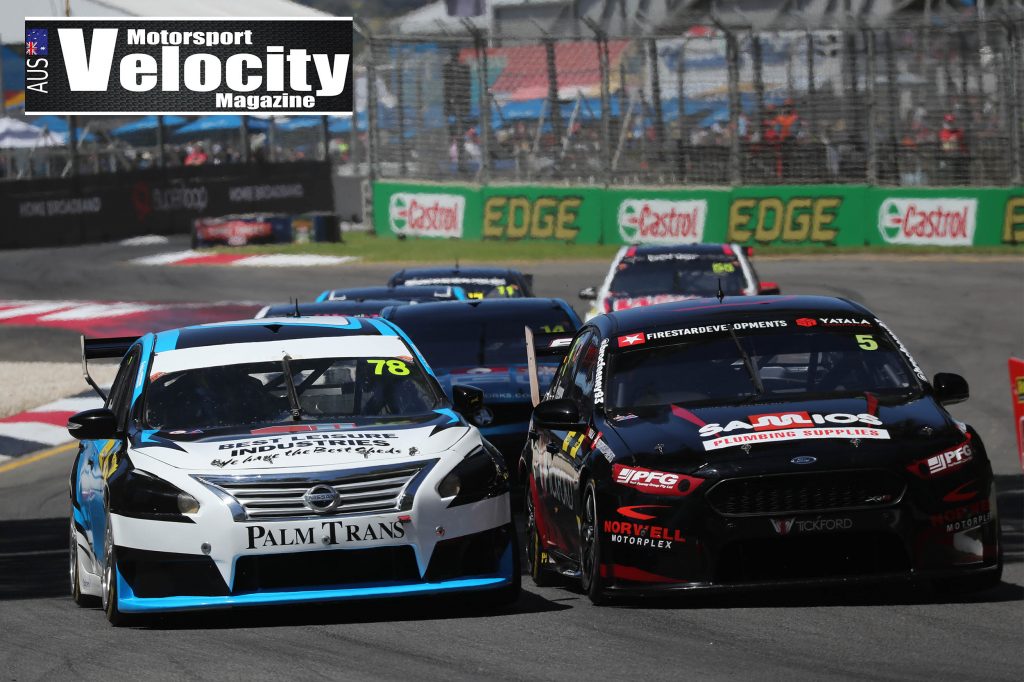 “It’s certainly a big step up in classes for me. The Super3 cars have a lot of horsepower compared to a Toyota 86 race car. It will be a challenge, a big learning curve too, but I’m excited about it all,” said Robotham.

“We weren’t planning on racing much this year. Our plan was to finish the 86 series in New Zealand, but when we heard that Super3 was joining Super2, we felt it was a good opportunity.

“We met Matthew and did the deal, but two days later, were were told we needed to leave Victoria. It was all a rush, but we made it here.

“My aim is to just get a feel for the car, and learn how to race against people. I don’t have any major expectations, but just need to learn, keep it clean, manage the tyres and try and have the best weekend possible.”