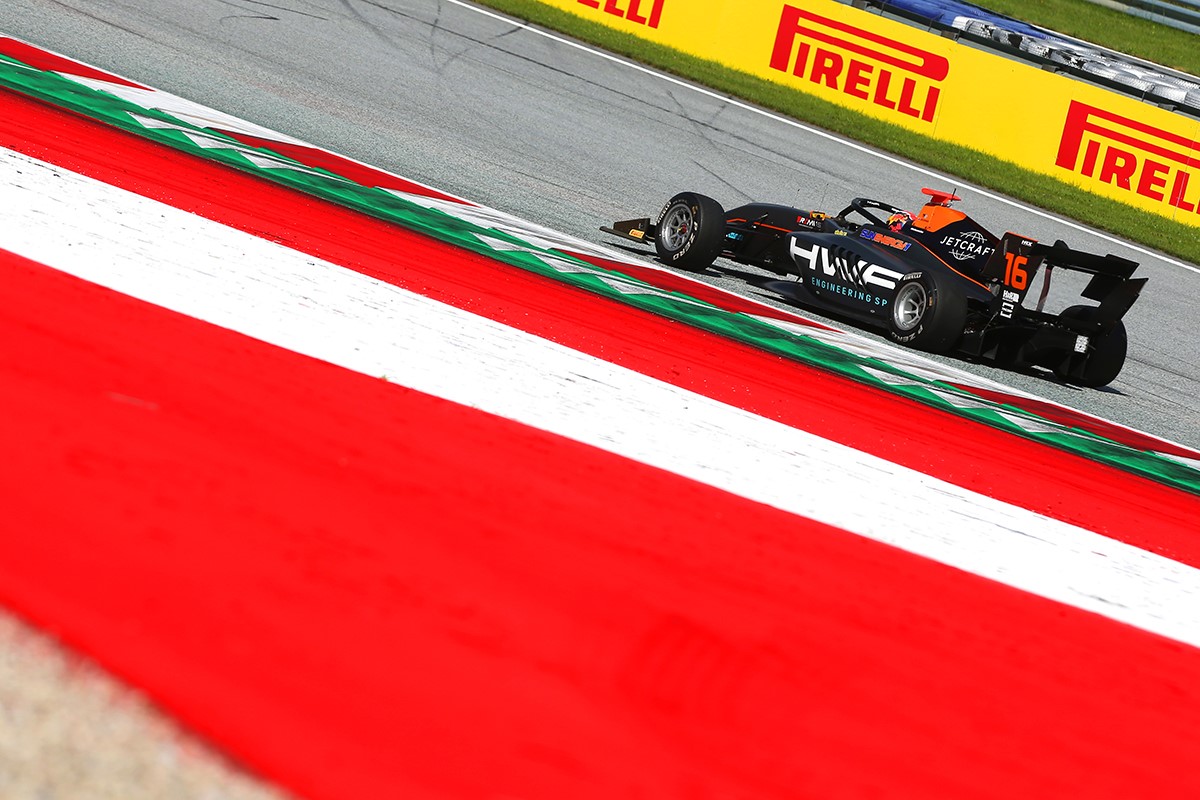 Jack Doohan has finished P22 and P20 at the second round of the Formula 3 Championship at the Red Bull Ring in Austria.

Doohan was hampered by technical issues in qualifying, meaning he had to start Saturday’s race from P21.

On top of that, the decision to start on slicks proved to be the wrong one and when it started to rain on the formation lap, Doohan came into the pits and switched to wet tyres which meant he had to start from the back of the field.

Despite this, Doohan soon made up a number of places and could have climbed even higher in the standings, but the safety car phase and suspension of the 24 lap race with 9 laps remaining, ultimately meant the Australian had to settle for P22.

Doohan made an excellent start in Sunday’s race, jumping from P22 to P17 in a matter of laps, but a mistake saw him drop back into P26.

Doohan was able to move back into P22 and as the race leaders crashed out, he moved up to P20 and the race finished under Safety Car.

“Everything seemed to be going well in qualifying and I was eighth fastest at one point. However, the car then refused to start after the interruption and I was unable to complete another flying lap. In a way, that was symbolic of the whole weekend. I opted for slicks on Saturday, as it had started to dry out. However, it began to rain again shortly before the start of the race and I had to come into the pits for a tyre change. It was hard to stick to the racing line and to make any progress on the wet track. P22 was as good as we could have hoped for. Sunday’s race started very well, I overtook 4 cars on the opening lap and made it into P17. However, I then strayed from the racing line in one corner and briefly came off the track. I consequently dropped back and my race was over from that point. A very disappointing weekend. I am now looking forward to Hungary, where I hope things will play out better.”