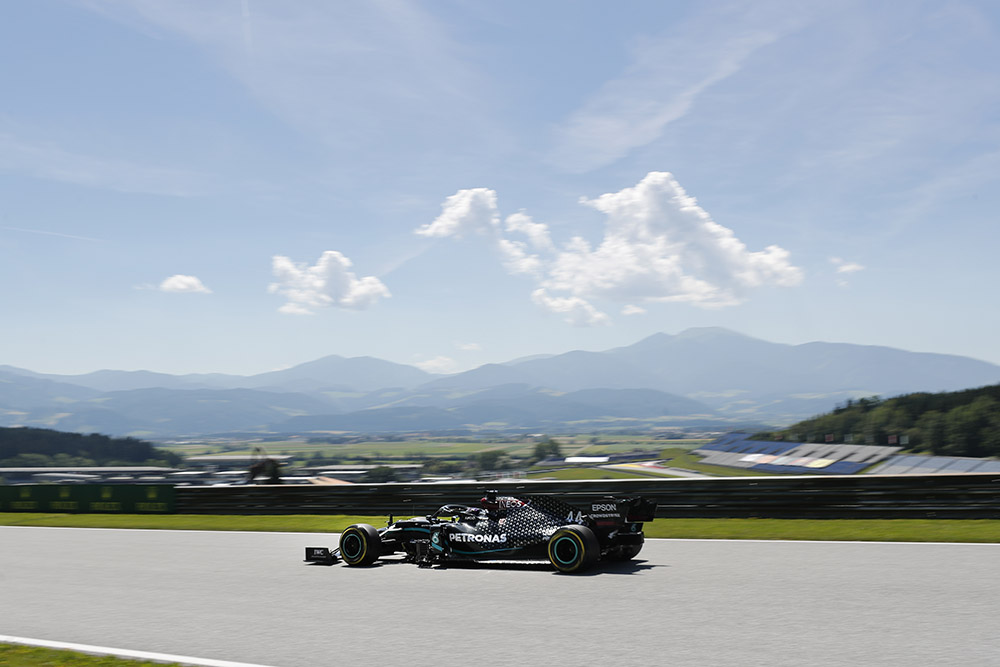 The starting order for the Styrian Grand Prix had more than a few surprises after a wet qualifying session. George Russell started from 11th, while Charles Leclerc dropped to 16th after he was handed a grid penalty for impeding another driver in qualifying the previous day.

As the lights went out Max Verstappen came under immediate pressure from Carlos Sainz on his outside. Instead of mounting a challenge on Lewis Hamilton, Verstappen was forced to protect his position as the field bunched into turn 1. Gasly and Ricciardo made contact at the exit of the corner without damage, which enabled the Australian to move into 7th.

Ferrari had hoped to use the race to assess upgrades to the front wing and undertray on their cars, but their race only lasted for two corners. Vettel was on the inside of the corner in the midst of a three way scrap for position when teammate Leclerc made a late dive to Vettel’s right. With no room Leclerc took to the kerb which launched his Ferrari over the rear wheel of Vettel. The number 5 Ferrari had the rear wing all but torn from the car, while the number 12 suffered damage to the floor. Both cars limped to the pits, Leclerc was given a new wing and hard compound tyres, while Vettel was pushed into the garage and retirement.

“I don’t think there was space,” Vettel exclaimed later. “There was not much I could do.”

Leclerc continued until lap 5 when he was also called into the garage and into retirement. He later admitted fault and apologised to Vettel and his team.

“ I am disappointed in myself,” Leclerc admitted. “I did a very bad job today. The team doesn’t need that. I put all the work of thoughts of the team into the bin.”

A brief Safety Car period followed as marshals took to the track to remove pieces of Ferrari rear wing. The race resumed on lap 3 with Hamilton in the lead from Verstappen, Sainz, Bottas, Albon, Ocon, Ricciardo, Gasly, Norris and Stroll.

Valtteri Bottas eventually moved past the McLaren and into third place behind Verstappen on lap 7. Daniel Ricciardo had also moved onto the rear wing of team-mate Ocon and tried to take 6th place. Ricciardo was forced to avoid contact with his fellow Renault driver when Ocon refused to yield.

“I’ve got quite a bit more pace than the others ahead,” Ricciardo said over the team radio as he continued to follow Ocon. The battle saw the Racing Point duo close rapidly on the yellow cars.

Ricciardo finally capitalised on the advantage of DRS to move by at turn 4 on lap 20.

Mercedes were given instructions to ‘push’ before the pit stop cycle and Red Bull passed on the message to a clearly frustrated Verstappen.

“What do you want me to do,” came Verstappen’s curt reply.

Verstappen was the first of the leaders to stop on lap 25 and almost hit the wall on the entry to the pit lane. The team opted to use the medium compound for the rest of the race. Esteban Ocon stopped one lap later and was pushed into retirement by the team.This

Hamilton, Sainz and then Ricciardo stopped on laps 27, 33 and 38 respectively. Hamilton and Sainz went to the medium tyre while Ricciardo went out on the softer tyre.

Hamilton held a comfortable lead of close to 6 seconds from Verstappen, with Bottas a further 7 seconds behind. Sergio Perez charged past Ricciardo on lap 49 and steadily reduced the gap to Albon as Ricciardo dropped back into the clutches of Lance Stroll.

Ricciardo managed to keep Stroll at bay until the final lap when Stroll forced the Renault wide. Lando Norris had closed on the pair and took both Stroll and then Perez, who had suffered front wing damage in an unsuccessful move on Alex Albon. 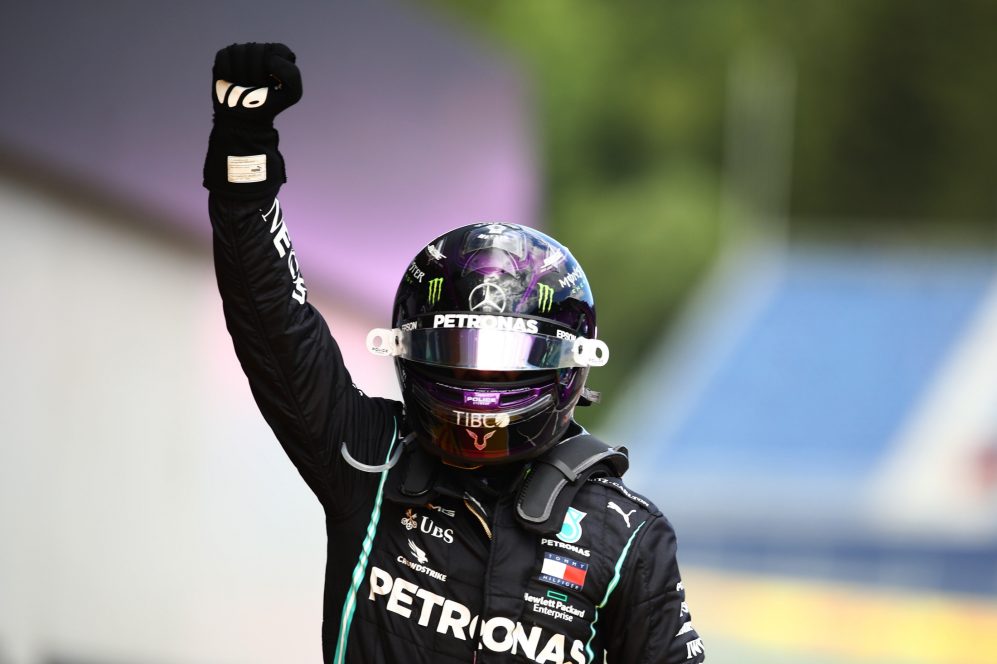 “ What a weird year this is, it was great to get back on the first place after such a long time and  last weekend,” Hamilton said. “I tried to get the fastest lap, but on 40 lap old mediums I was never going to do it up against new soft tyres. I love these back to back weekends, let’s go back to back all year long!”