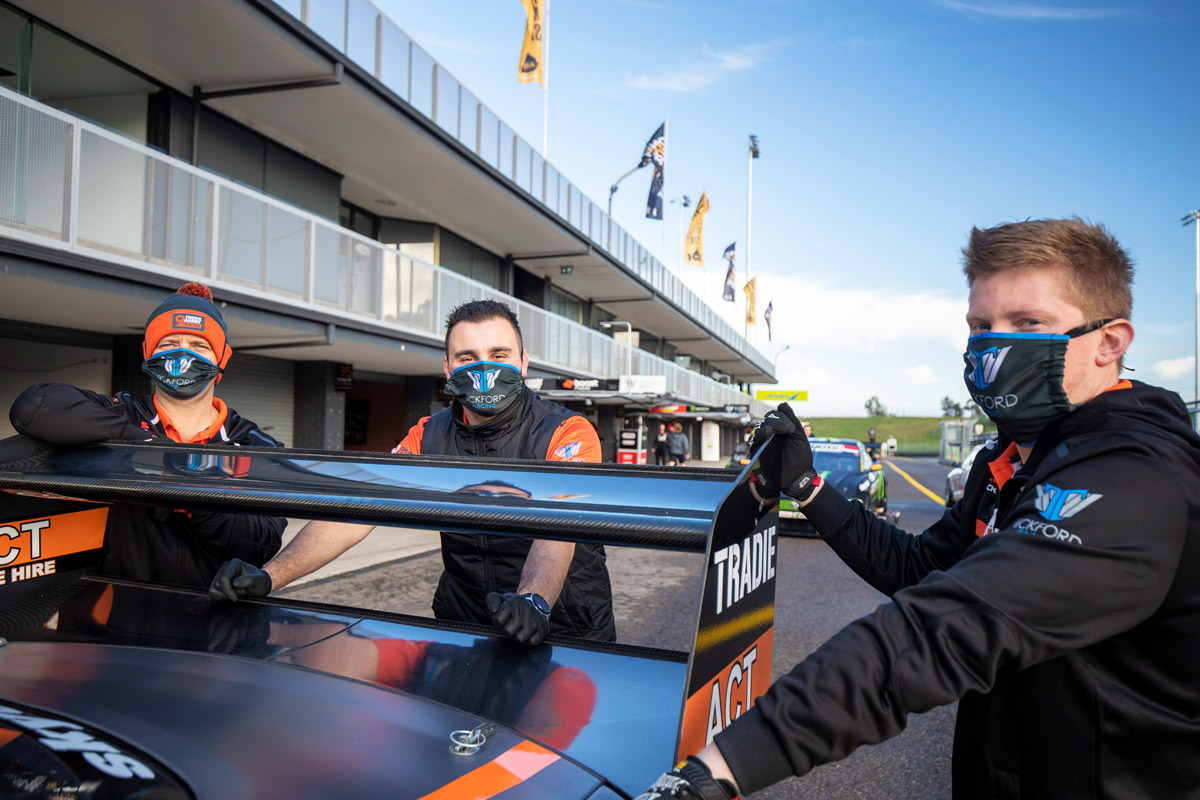 Victorian team personnel and drivers are being applauded by competitors, commentators and abroad following their fast action yesterday to temporarily relocate interstate.

Within hours of the border closure announcement made by Victorian Premier Daniel Andrews, the five Victorian teams – Kelly Racing, Walkinshaw Andretti United, Erebus Motorsport, Tickford Racing and Team 18 – were all on the road heading north, fast tracking their travel dates to ensure their availability for next week’s Truck Assist Sydney SuperSprint.

Until that time, the team garages at Sydney Motorsport Park will be opened for use for teams.

Not all Victorian teams will head straight to the circuit; Rick Kelly posted on Instagram that his KR team featuring the Castrol and NED Mustangs headed to Mildura and will be based on the Kelly family farm before heading to Sydney closer to the event.

Andre Heimgartner posted an Instagram story from the team bus which was loaded with supplies including pillows, food and drink.

The BP Ultimate page posted a comment to Kelly Racing saying: “Massive kudos for the effort you are all putting in to keep the series going.”

It was a rush for teams to finalise preparations and get across the border before its closure and teams were applauded across the board for their efforts.

Mark Winterbottom posted a timelapse, showing his #18 IRWIN Racing Commodore getting packed into the transporter.

The DEWALT Racing page said: “Whatever it takes to keep the Supercars show on the road.”

Penrite Racing said last night essential team members and drivers were on the move, along with the team’s transporter, race cars and equipment.

The Red Bull Holden Racing Team took to social media to thank the Victorian teams, saying: “Thank you to the Victorian-based teams for your sacrifice to keep us racing.”

Chaz Mostert, who lives on the Gold Coast while his WAU team is based in Melbourne, said: “Unbelievable this team and it’s determination,” reacting to his team’s post about packing up.

Teammate Bryce Fullwood chimed in with “Champions, at such short notice, well done team.” and “What crazy times we live in”.

There were hundreds of thank you comments from fans as well overnight, while commentators of the sport also sent their appreciation.

The team has packed up and temporarily relocated to NSW ahead of next weekends round.

Next weekend’s event will be the first under lights in 2020, with Saturday’s race confirmed as a night race, while two races will run on the Sunday in daylight.

Information regarding scheduling and ticketing for the Truck Assist Sydney SuperSprint will be released in coming days.

If media is allowed to attend the event Velocity Magazine will be there!