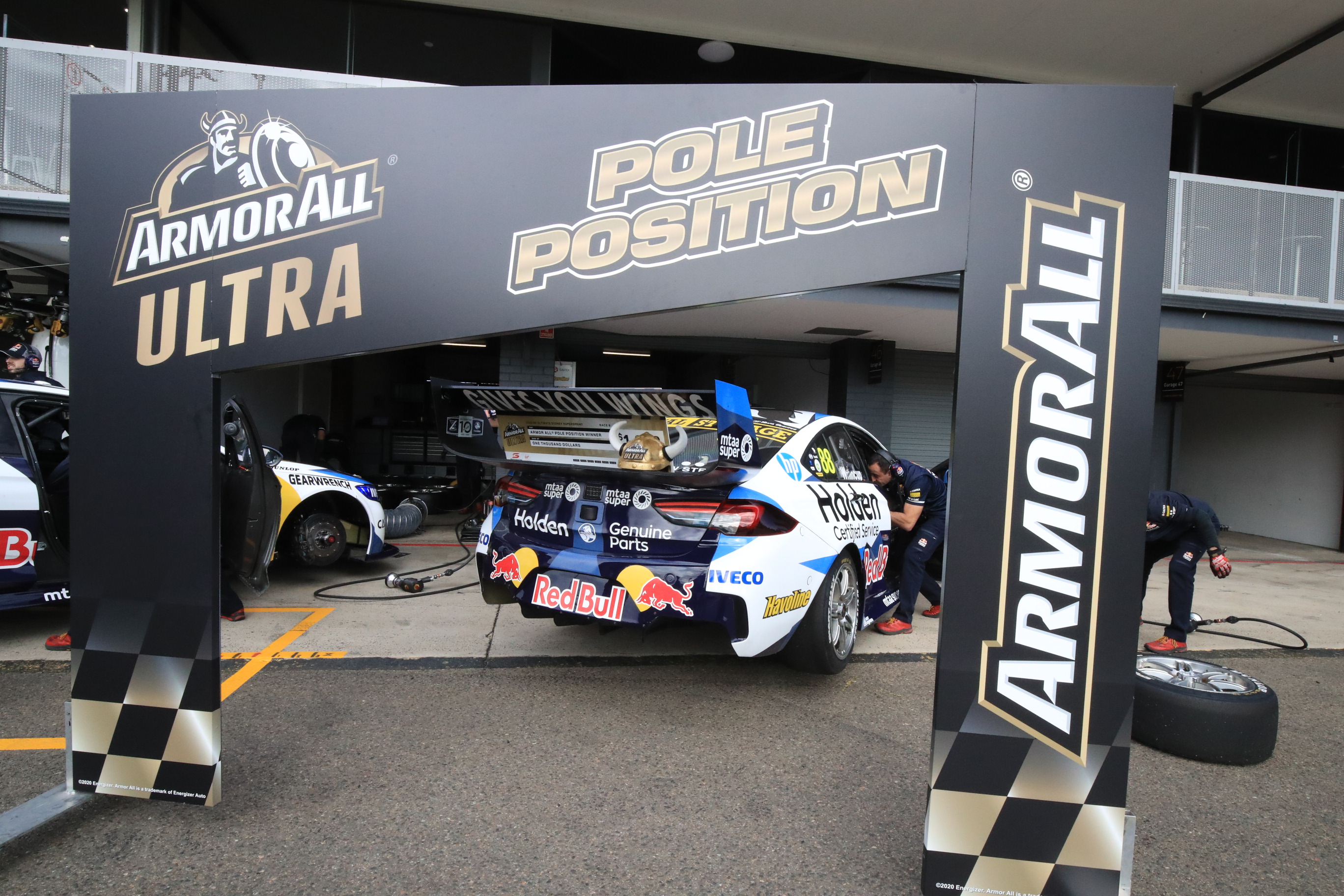 Jamie Whincup scored pole position for race eight in the 2020 Virgin Australia Supercar Championship in what will be his 500th start in the championship.

Scott McLaughlin had set the early pace during the final runs of the session only to drop back to the second row after Whincup recorded a 1.28.0756, with teammate Shane vanGisbergen just 0.0120 slower in second. McLaughlin’s teammate Fabian Coulthard made it a team formation start at the front end of the grid when he recorded the fourth fastest time during the final moments of qualifying. Cameron Waters, Nick Percat, Chaz Mostert, Jack LeBrocq, Andre Heimgartner and David Reynolds completed the top 10. 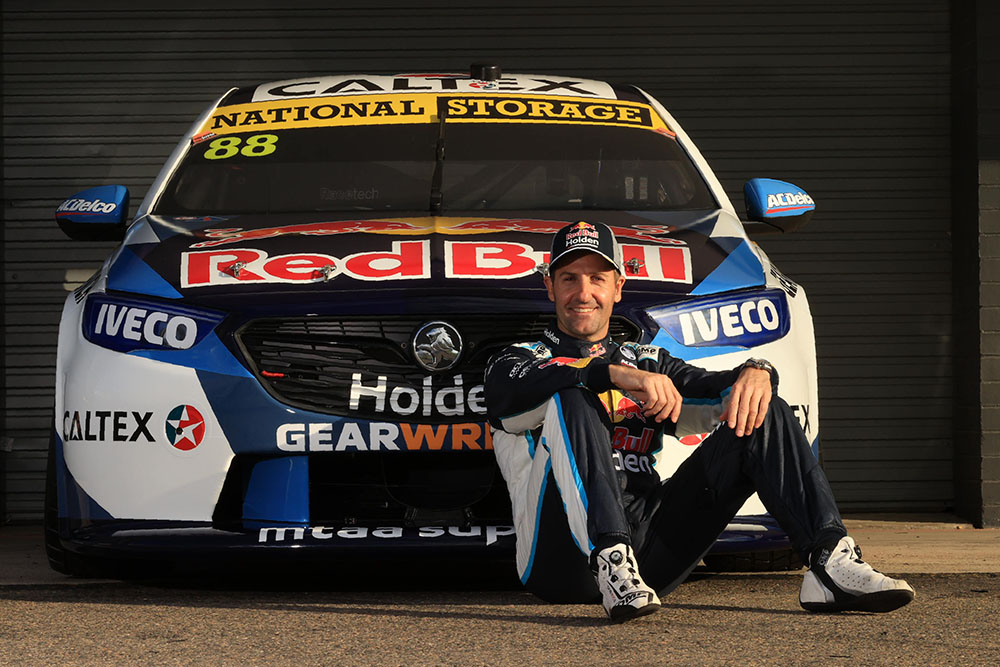 For Mostert it was a welcome result after this Walkinshaw Andretti United team used more of their tyre allocation than many of his main rivals during Saturday. The move had Mostert concerned that he would struggle during qualifying.

“Yesterday was good and we had the pace on some of the guys around us,” Mostert told Supercars Paddock Pass on Sunday morning. “Today will be a bit of a 180 and we will be the ones struggling in the race against those who conserved their tyres yesterday. That’s the challenge for the drivers, we’ve got to do the best job we can.”

Scott McLaughlin returned to the top spot for race nine after the second in the back to back qualifying sessions on Sunday morning. Most teams elected to do just one flying lap during the final five minutes of the session in order to manage tyre life. David Reynolds and Todd Hazelwood set the early running before the heavyweights from Saturday headed out for their one and only flying lap.

The number #17 Shell V-Power Mustang had undergone some changes in the hours since its victory in race 7 and Scott McLaughlin was much happier with the performance of his car. He set purple sectors throughout his lap and took pole position in a time of 1.27.9193. Jamie Whincup backed up his pole for race eight with the second fastest time, with Shane vanGisbergen third. Lee Holdsworth, Todd Hazelwood, Cameron Waters, Fabian Coulthard, Nick Percat, David Reynolds and Bryce Fullwood rounded out the top 10.

McLaughlin said morning rain had left damp patches and affected his performance in the first qualifying runs. “It constantly just kept drying up,” McLaughlin said. “It was damp in places and visually it’s quite hard to go ‘I really need to go deep here because I know everyone else behind me is going to. Being the pioneer is quite hard. I had half a dip but yeah probably was a bit too safe on the first lap.”