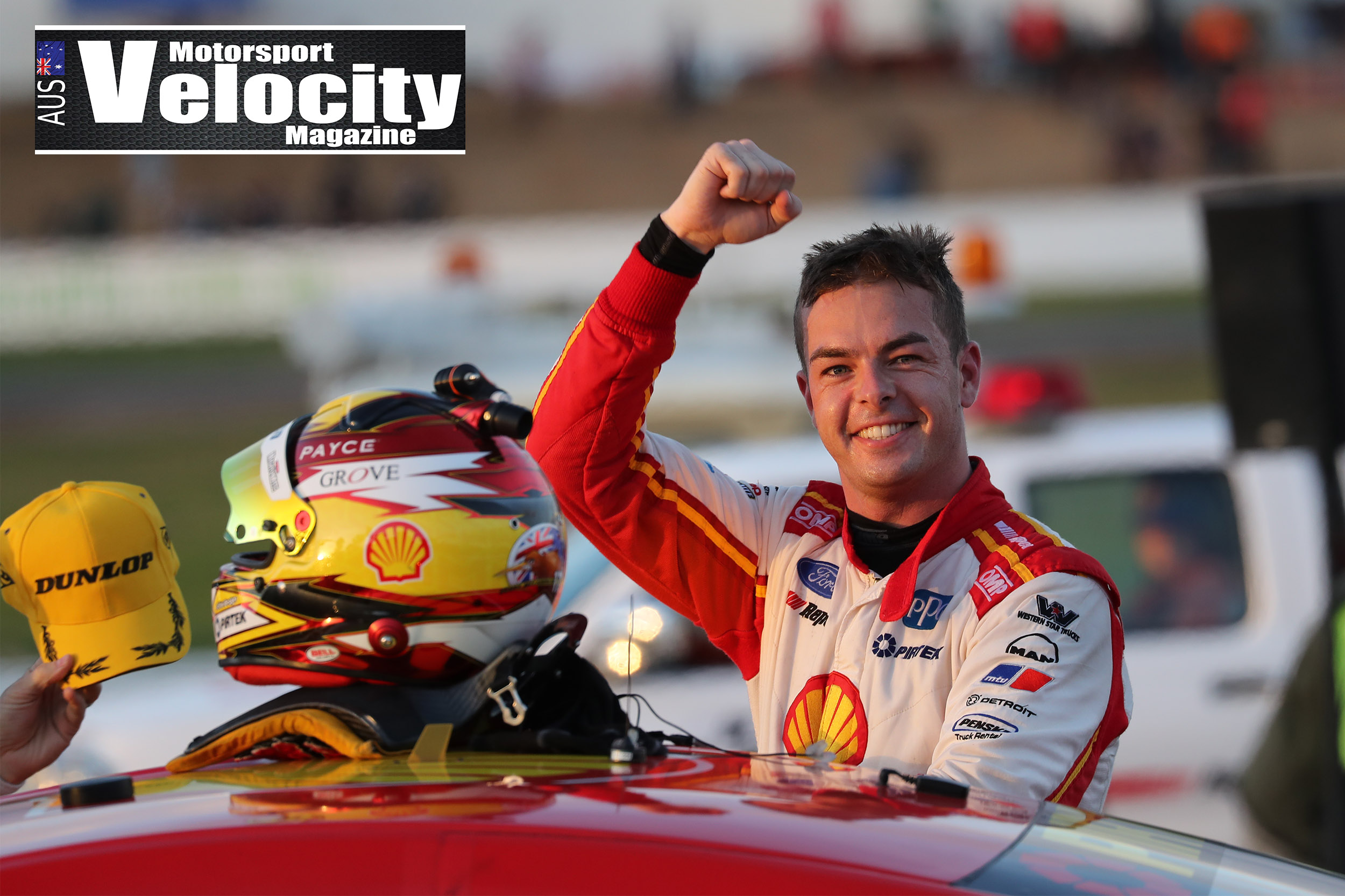 Scott McLaughlin: “the fact I’m still on my couch, makes this the strangest preparation for a Supercar event I’ve ever had…”

As I sit here on Thursday night watching my mighty Western Bulldogs in the AFL – it still doesn’t feel like race week.

I mean I know the cars were loaded today and are on their way south to Sydney as we speak – but the fact I’m still on my couch, makes this the strangest preparation for a Supercar event I’ve ever had.

I mean normally I’ll have arrived three or four days before now for a week of corporate functions, sponsorship appearances and media commitments.

Instead this week there’s been a few interviews over the phone, a couple of zoom meetings, and we’ll head to the airport tomorrow – the day before racing starts.

It’ll hit home on the track walk which will take place with face mask and social distancing, and with a skeleton crew from DJR Team Penske.

The whole weekend will be weird. I’m fascinated by what it will be like. We all are. But I must say I’m just so damn pleased to be back racing.

I feel as well placed as ever to continue on from where we left off at Adelaide which seems an eternity ago.

Since the victory on Sunday in February in Round 1 I’ve lost over 10 kilograms and I am without a doubt the fittest I’ve ever been. I worked my backside off these past three months while we suffered through the pandemic to be at the top of my game when racing resumed – so I’m hoping we can be right on the pace.

You all know I’ve done a million miles of Eseries racing during the time off, but this past fortnight I’ve really ramped up my go-karting – which has my eye in. It’s a great way to blow the cobwebs out spending a day holding on to the kart – you wake up sore as hell the next morning, but it’s all worth it.

In the end, people will be rusty, there’s no doubt about that after three months of not being in the car – but here’s hoping I’ve done as much as possible to eliminate the rust!

I know there’s been a lot of talk about the schedule for the resumption of racing this weekend at SMP – and I’ve got to say, I love it.

Two practice sessions are more than enough in my opinion – I kind of think NASCAR has got it right with their new rules, with NO practice at all before going racing.

I think it’ll really spice things up – if drivers and teams aren’t on their game from lap one of practice on Saturday, then you simply won’t have time to play catch up. But that’s cool.

And it’s the one thing I’ve been hanging on for since our racing ground to a halt on Grand Prix Friday in March – is to let fly with the first quick lap this weekend. I’ll have the biggest smile on my dial as I steer the Mustang through SMP’s high speed turn one on Saturday!

What will be different are the surroundings.

There’s obviously no fans which will be bizarre. I’ve watched both codes of the footy religiously these past few weeks and it just feels so flat with no one in the stands. I know motorsport is different, but to have no one outside the back of the pits will make it lonely!

And the pits themselves will be different.

Our garages will be so bare with no sponsor boardings. We’ve all been instructed to wear face masks at all times. And even the crew is at a bare minimum – we have no corporate staff, no PR staff, no marketing people – there’s just eleven others in the shed, so it’ll honestly feel like a test day in parts.

But in the end I hope we can put on a show for you all watching at home.

I’m certain the racing will be seriously intense. I kind of hope for the sport’s sake that it’s edge of your seat stuff – because we know a lot of people will be watching across the globe this weekend.

And here’s hoping by Sunday night I can still have a championship lead!