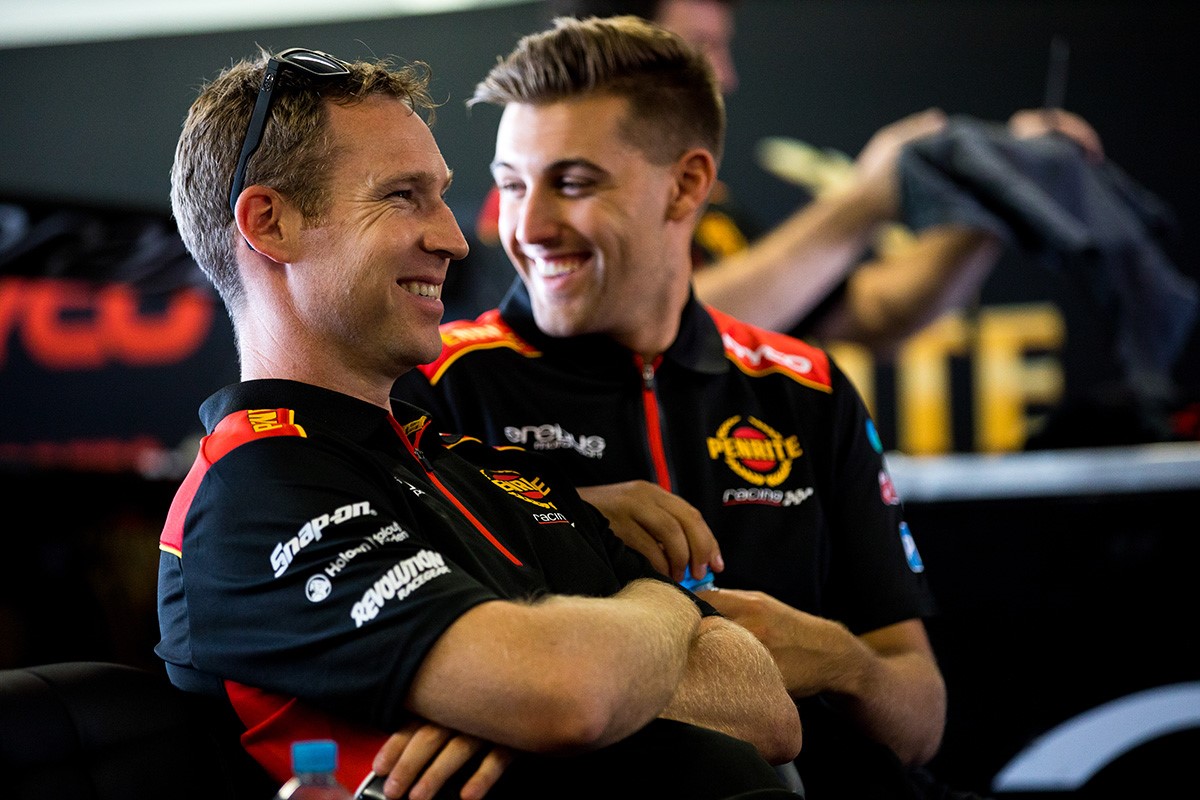 Penrite Racing’s David Reynolds and Anton De Pasquale are revved up and raring to go, relieved that the long wait is finally over and that the return of Supercars is just days away.

Like all teams, the Penrite racers know that preparation is key to conquering Sydney Motorsport Park this weekend, with the track renowned for being notoriously tough on tyres.

Add in plenty of rule changes, not to mention short turn arounds between races and the drivers are confident that their reliable crew has them ready to go.

“It’s so important for the cars to roll out of the truck ready, with no mechanical dramas because the limited time restraints will put a lot of pressure on our crew,” Reynolds said.

“I firmly believe ours are some of the best mechanics in pit lane. It’s going to put a lot of urgency on the teams if something does go wrong, so hopefully we don’t have those dramas.  Then again, all the short turnaround times will make it action packed, so hopefully it makes for some awesome racing.”

De Pasquale agrees; “Preparation is really crucial for the car to roll out of the truck really balanced and ready, especially when there is less time to turn the car around.

“There just won’t be time to make big changes or you will just be on the back foot the whole time trying to get it to where you need to be. Obviously avoiding crashes and bingles will be a big factor.”

With three 130-kilometre races on the schedule – one on Saturday and two Sunday –  one compulsory pit stop for at least two tyre changes and no refuelling, the weekend brings with it a lot of adaptations for the drivers and the crews, something Reynolds says will play a big part in strategy.

“Three 130-kilometre races is a lot different to the usual one race Saturday and one race Sunday,” he said.

“Now we have two gunners instead of four for pit stops, so it’s going to be interesting to see how it all works and how it mixes everything up in the racing and how the strategy plays out, because we haven’t done this before.

“The choice of changing two tyres or four tyres will be a big thing because this track is really hard on tyres, so judging how long we have to do things and the decisions we make will have a big effect. The question is do you change four tyres and lose track position but come home with strong tyres or change two tyres which is a lot quicker and gain track position?

“There will be a lot of different battles going on.”

For De Pasquale, who had a taste of getting back on track at Sydney Motorsport Park two weeks ago in a Hyundai Excel race, the return to the Supercars can’t come soon enough.

Before his run at SMSP it had been three and a half months since he’d been behind a wheel.

“I’m really looking forward to getting back into the car. It was like the extended break that we have over the summer, but it was worse because we had started and had Adelaide done and were pumped for the AGP and got back into the groove, then everything got shut down.

“It’s been a long wait but it’s so good to be getting back into it.”

As always, qualifying will also be key.

“No matter what the format, qualifying has always been so important in our game and this weekend will be no different, especially with three short races,” De Pasquale said.

“SMSP has a lot of tyre degradation, so the racing should be alright in terms of passing and getting through the field, we’ll see. Sprint racing is always cool and I am up for anything.’’

The last time the Supercars raced in Sydney was in 2018 at the Sydney Supernight where Reynolds and De Pasquale finished seventh and 18th respectively.

Heading into this weekend Reynolds sits in sixth and De Pasquale 20th in the Championship standings.

The Sydney SuperSprint will be broadcast on Saturday June 27 and Sunday June 28 from 11am on Fox Sports and Kayo, with highlights on Saturday and Sunday night on Ten Bold and Network Ten.