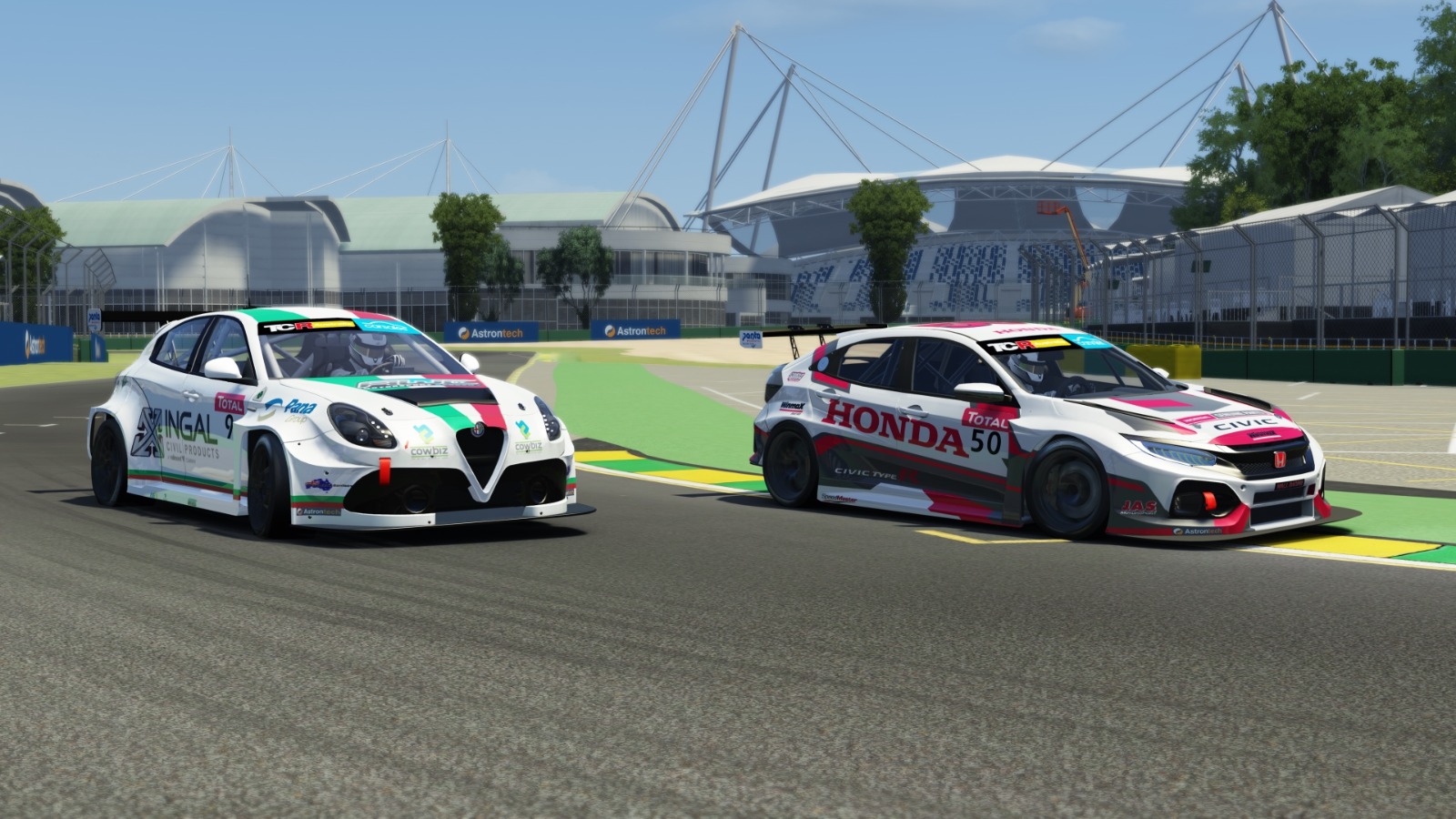 The final grid of TCR Australia and New Zealand competitors will line-up for the opening round of the brand-new carsales TCR Australia SimRacing Series, kicking off at the Albert Park Grand Prix circuit tonight.

A field of 13 cars will take to the Melbourne venue, the track that was to be the home of the inaugural TCR Asia Pacific Cup in March this year before the coronavirus pandemic put a halt to proceedings.

After a successful ARG eSport Cup where all competitors from the Australian Racing Group’s stable of categories were invited to compete, this series is dedicated to TCR Australia and New Zealand entrants. The simulation will be played on the Assetto Corsa platform and will be broadcast live on Facebook and YouTube.

Leading the field of competitors will be reigning TCR Australia champion Will Brown, who will representing the HMO Customer Racing team in his #1 Hyundai i30 N TCR.

Joining Brown will be New Zealander Jaden Ransley. The winner of the ARG eSport Cup recently, Ransley will drive the #30 HMO Hyundai and is considered the early favourite for the title.

Brown and Ransley are two of four i30 Ns in the field, with New Zealanders Peter Vodanovich and Brock Timperley representing a continent of TCR NZ competitors.

Ready to challenge the Hyundai attack will be the Wall Racing Hondas of Tony D’Alberto and John Martin, driving their Civic Type R cars.

Also driving a Honda will be Zac Soutar, the young Geelong-based privateer who will compete in the TCR Australia Series this year.

Former Bathurst 1000 winner and current TCR Australia driver Jason Bargwanna will take the wheel of his Burson Auto Parts Peugeot 308 and, at this stage, the only Peugeot in the field.

Garry Rogers Motorsport is represented by Dylan O’Keeffe who is sure to be a front-runner, having finished third in the ARG eSport Cup. O’Keeffe will drive the Renault Megane TCR car.

A pair of Volkswagen Golfs will also be part of the action. TCR Australia regular Chelsea Angelo will drive her Astrontech GTI, while former Toyota 86 driver Luke King is counting on the Golf to take him to the front of the field.

Australian privateer Liam McAdam and Track Tec Racing’s Rowan Shepard will represent Audi in the RS 3, while Jay Hanson will compete in his Alfa Romeo, although will miss tonight’s first round due to prior commitments.

Other local and international guests are expected to join the field from Round 2, to be run next week at Mount Panorama, Bathurst.

The Albert Park event will be streamed live on the TCR Australia YouTube and Facebook channels, starting at 8pm AEST tonight.