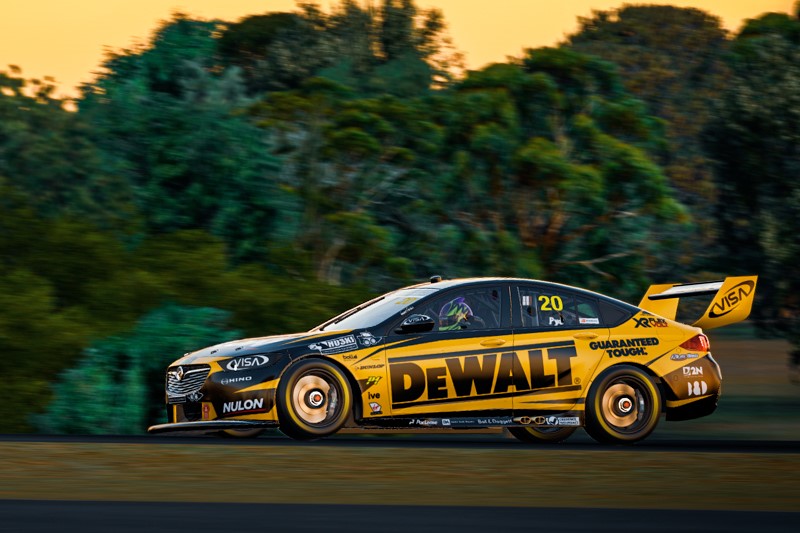 IRWIN Racing’s Mark Winterbottom and DEWALT Racing’s Scott Pye completed the tenth and final round of the BP Supercars All Stars ESeries at a regenerated Oran Park Raceway and the iconic Mount Panorama circuit at Bathurst.

A former staple on the Supercars calendar, Oran Park Raceway in Western Sydney was cleverly laser-scanned before its demolition and transformation to a housing estate, and hosted the penultimate event of the All Stars ESeries before the finale at Bathurst. A seperate qualifying session was held for each race, with two compulsory pit stops bringing an extra challenge for the 27 lap Oran Park race and 14 lap finale at Bathurst.

Pye ended up as the best of the two Team 18 drivers, climbing from 23rd to 18th at Oran Park and finished 15th from 22nd at Bathurst to end the All Stars ESeries in 17th position for DEWALT Racing.

Winterbottom’s final round of ESeries action was akin to most other Wednesday nights in the IRWIN Racing simulator, crashing out of the race before he could get even with his rivals. Frosty capped off his simulator racing career with a 28th at Oran Park and a DNF at the Mountain.

The ten-event ESeries proved to be a raging success, filling a void for motorsport fans during the global COVID-19 pandemic, with the Supercars-produced broadcast topping nightly ratings and attracting a new age of fans of teams and drivers who have found a new medium to engage and interact with followers of the sport.

Both Team 18 drivers praised the success of the ESeries in filling a much needed competitive outlet before real racing returns. Winterbottom and Pye have both visited the Team 18 workshop as planning commences for the return to racing in the second half of the year amid the easing of federal and state government restrictions in place to control the pandemic. 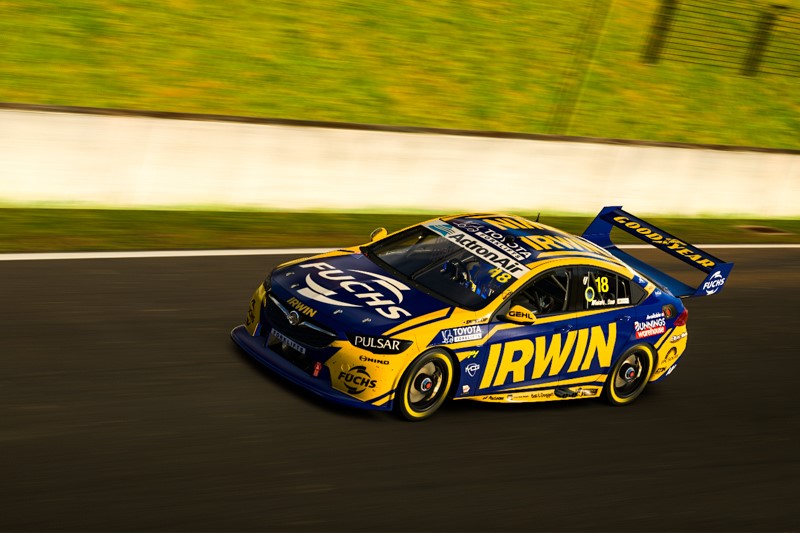 “The last night was another shocker for us, just getting caught up in too many incidents, thankfully we can hit the reset button and carry on in the simulator!” said Mark Winterbottom.

“The All Stars ESeries filled a gap of motorsport which we were all starving for but I’m desperate to get back in a real race car and hit the track again.

“The countdown has already begun for our return at Sydney Motorsport Park at the end of the month.

“I have been to the workshop this week and the cars are basically prepared and ready to go, but as a team we are planning on how we will adapt to the personnel and rule changes that will be in place for the first event in Sydney.

“I felt like we had good momentum going into the break and we were making some good progress as a team, so we have an opportunity here to continue that trend and get some solid results for IRWIN Racing and Team 18 when we hit the track again.”

“Full credit for Supercars for putting out an ultimate-professional and broadcast-quality competition that other sports couldn’t do to the same level during this downtime caused by the COVID-19 pandemic.

“It’s been great for the sport and hopefully Supercars has gained some more fans from it.

“We had some clean races tonight, didn’t quite have the pace in qualifying but it was good to move forward in both races.

“For me it was a great experience, my eyes have been opened and I have a new-found appreciation for the fans of our sport who we have had some really polite, friendly and funny interactions with everyone.

“I’m excited to get back to the track in a few weeks and put on a show at Sydney Motorsport Park.”