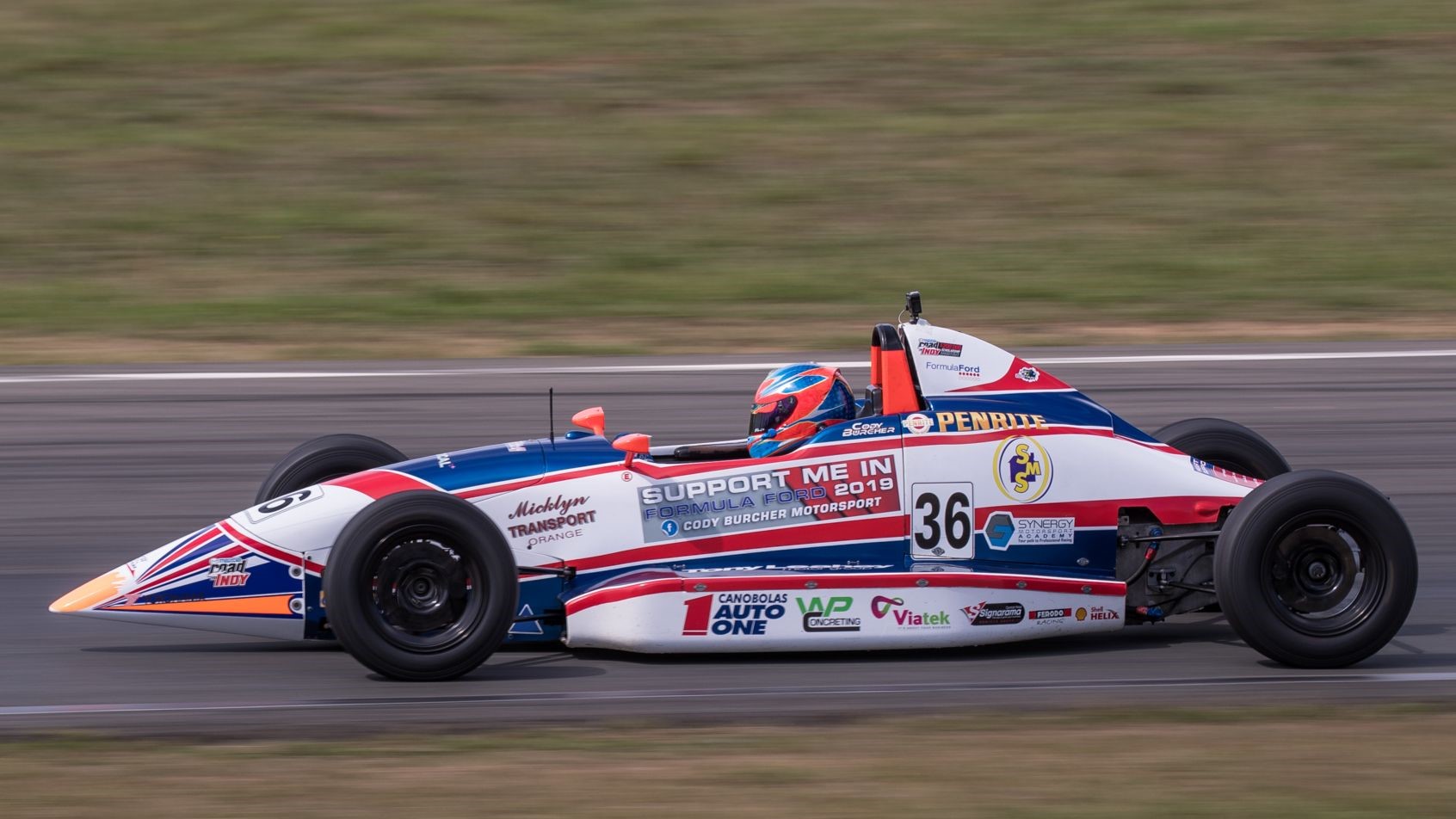 Orange-based racer Cody Burcher is looking forward to the challenge of the sixth round of the Australian Formula Ford Series at Wakefield Park, near Goulburn, this weekend.

The 16-year-old from the Central West of New South Wales is looking to continue the strong form that saw him battling for the lead in all three races at the last round at Melbourne’s Sandown Raceway back in July.

“The racing is going to be really exciting at Wakefield Park,” said Burcher.

“I was in the battle for the lead in all three races back at Sandown. Despite getting taking out in the first and last race, I set the fastest lap and finished second in race two.”

“So I’m looking to build on the positives from all that and put together a really good result at Wakefield Park this weekend.”

In his first full season in national level motorsport, Burcher has showcased his talent by mixing it with the leaders on a more consistent basis as the season as progressed.

This weekend’s penultimate round sees the series return to a track that the youngster knows well and he is hoping to showcase that progress by featuring on the podium this weekend.

“Wakefield Park is realistically the closest thing we have to a home track on the Formula Ford schedule, so I’m really looking forward to it.” Burcher continued.

“Car control is going to be vital to hustle around the tight and twisty circuit, We’re going to be millimetre perfect to put together a lap which is going to be really important in qualifying.”

“It’s a real drivers circuit. You’ve got to make sure you are doing your part to be quick.”

“With 26 other Formula Fords out there, the racing will be really exciting.”

This weekend’s Formula Ford round will commence with practice on Friday. Saturday will feature qualifying and Race 1, with Races 2 and 3 on Sunday.