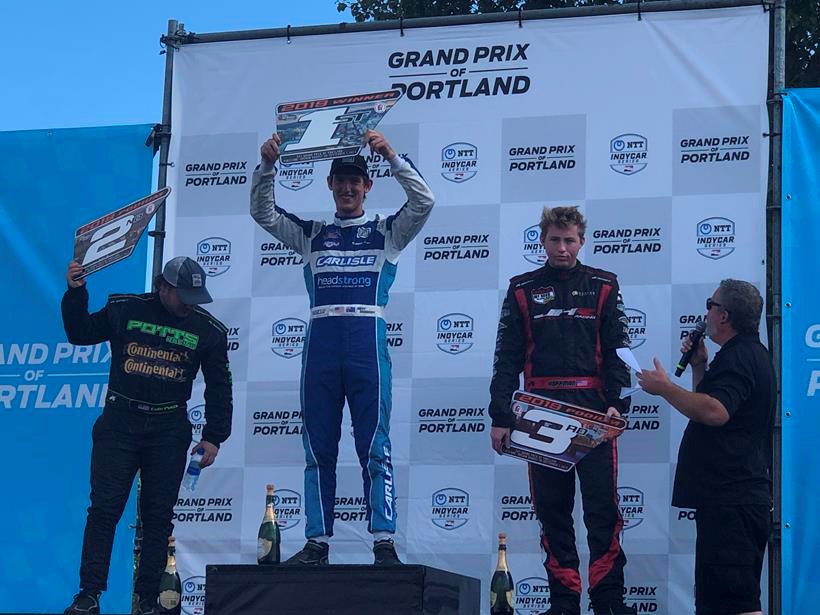 Matt Brabham has notched up another victorious weekend in aid of his Stadium Super Trucks title defence in Portland.

Securing his fourth win of the season, Brabham sits comfortably and formidably at the top of the standings – having done so since the opening round at Circuit of the Americas.

While the first race of the weekend didn’t entirely go to plan for the third-generation driver, the second event was almost entirely in his control.

Brabham started out of sixth and was only able to move to fifth before the chequered flag in the first race. It was an intense battle in the strong field of competitors, with little to no space between them as they fought for position.

However, Brabham started the second event out of fifth and was on the move immediately. He made his way onto the podium in the early stages and laid in wait at the first competition caution.

Brabham was challenged by Potts for the lead on the final lap, the two going head-to-head before the 25-year-old took the chequered flag.

Brabham now flies to Australia to get behind the wheel of an S5000. He was recently announced to race in the series alongside ex-F1 driver Rubens Barrichello in the series’ opening round (September 20-22).

The next scheduled round of Stadium Super Trucks is on the streets of the Gold Coast, October 25-27.

What Matt had to say…

“It was another recovery weekend, the first race we weren’t able to move forward as much as I would have liked but we were able to get ahead in race two,” said Brabham.

“In the first race we struggled a bit for pace and grip, I wasn’t really able to get in and race too much”

“The field was super competitive this weekend, probably one of the strongest fields we’ve had. There were 6 different people on the podium across the weekend and it was great to be one of them.”

“It’s great to have the support of Carlisle and being able to win with them, their support this year has been incredible.”

“I’m excited to now head to Australia and get in the S5000. Rubens was here at the track this weekend and we were able to catch up. We’re both excited to go race in the category.”