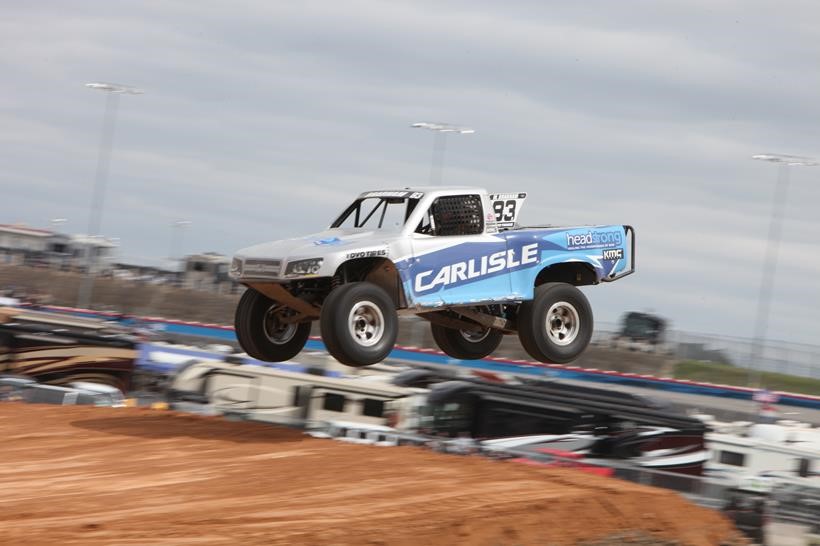 Matt Brabham returns to the scene of his Stadium SUPER Trucks debut this weekend as the category plays the undercard to the IndyCar Series on the streets of Toronto.

The 2018 Stadium SUPER Trucks champion currently leads the points standings after taking a dramatic race and round win in Long Beach back in April.

However, his return to Toronto brings back memories from 2015 where he was called up at the last moment to fill in for Paul Tracy.

Brabham took to the unique category like a duck to water, recording a fourth in the second race of that weekend.

The 25-year-old had been more accustomed to the finessed style of open wheel racing, dominating the Pro-Mazda Championship in 2013 but the unrestrained racing format of the Stadium SUPER Trucks was soon his forte.

The American-Australian currently sits third on the all-time winners list in the series with 16 visits to the top step against his name.

Over the last three years of competing full time, Brabham has never finished outside the top two in the standings.

The 2016 Indy 500 starter will be looking for more success this weekend, having already taken two races wins in 2019 and finishing strongly at this track the last time the series visited.

Stadium SUPER Trucks will take to the streets of Toronto this Friday (1:20pm local, 3:20am Saturday AEST).

“It’s pretty cool being back to Toronto, I won the last time we raced here in 2016,” said Brabham.

“It’s a special place for me, I got my first chance to race these trucks here in 2015 and I haven’t looked back since. It was a bit daunting at first but I was able to get on top of it pretty quick.

“I can’t wait to get back out on track and continue my title defence, the guys at Carlisle and Headstrong have been incredible supporters this year and I just want to make sure we get the results to show it.”