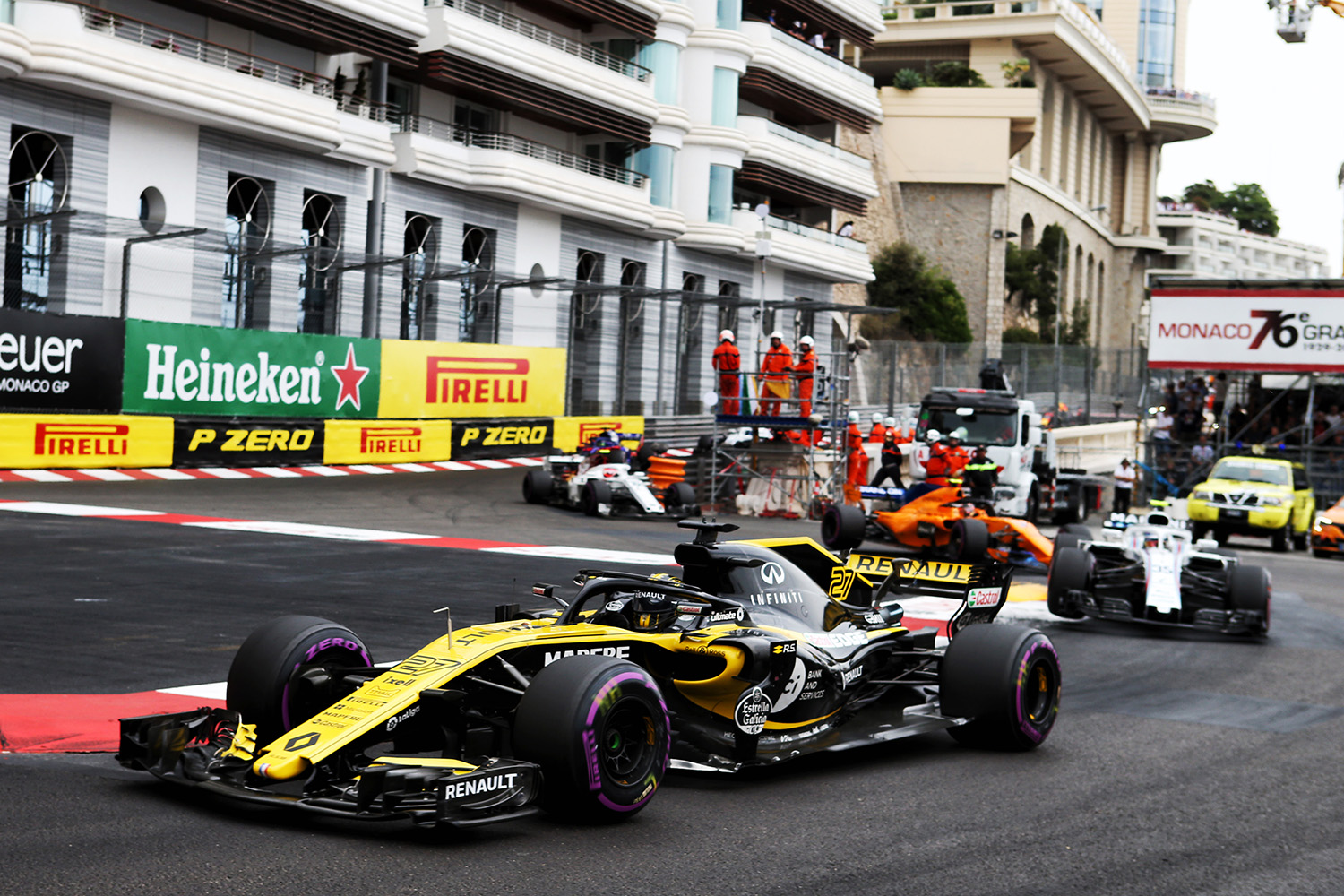 Renault Sport Formula One Team posted another double points finish in today’s Monaco Grand Prix. Nico Hülkenberg crossed the line in eighth position after a hard charge from eleventh on the grid. Carlos Sainz came home in tenth, giving the team a strong points haul and consolidating fourth position in the Constructors’ Championship.

Nico used a creative strategy to run long on the Ultrasoft tyres to gain track position. By his first stop he was a superb sixth, and rejoined still inside the top ten. Taking full advantage of fresh tyres, he put in a series of quick laps to move into eighth. The German finished under half a second from P7.

Starting in P8 and on his qualifying tyres, Carlos ran a different strategy. He ran strongly in the first part of the race but lost out to Max Verstappen and Nico in the latter stages as they passed on newer tyres.

• Nico started the race from P11. He took advantage of the free tyre choice offered by starting outside the top ten to run long on the Ultrasoft tyre and gain track position. He stopped on lap 50 from sixth to switch to the Hypersoft.
• Carlos started the race from P8 on his qualifying Hypersoft (pink) tyres, pitting on lap 16 from eighth for a new set of Ultrasoft (purple) tyres.

Nico Hülkenberg, #27, R.S.18-02: Started P11, finished P8.
“It’s a positive feeling today. I had the possibility of running a different strategy to Carlos and it worked well. It was a good recovery from a not so successful qualifying yesterday and I think eighth was the best we could do in the situation. My first stint was very successful. It was very difficult in the middle as I had a lot of graining, but the tyre recovered and I could do some very quick laps and it brought the race back to me. That’s the thing with Monaco; it can be crazy or it can be like today, but we made the most of the opportunities.”

Carlos Sainz, #55, R.S.18-03: Started P8, finished P10.
“It was a very difficult race for me. We changed tyres on lap 16 and then I had to do over 60 laps with the Ultrasoft tyre, which was not ideal due to the heavy graining we had. There wasn’t much I could do – the other cars on other strategies were just much quicker. Let’s look at everything calmly next week and come back stronger in Montreal.”

Cyril Abiteboul, Team Principal:
“It’s been a mixed weekend. The overall result is good; two cars in the points and a good cushion in fourth in the championship, but a race like this one exposes more of our weaknesses. Carlos did his best with the strategy, but experienced more severe tyre degradation than expected on his set of Ultrasofts. We have to thank him for playing the team game and helping us with the result today. Nico’s first tyres came back to life so we could implement the strategy that we had planned and he could secure eighth. Despite the fact it is a much better result than last year in Monaco, we were not as competitive as recent races and more work needs to be done on tyre management and understanding, as in the current situation we are almost better to start P11 and have a free tyre choice than to start within the first ten with the qualifying tyres. Clearly some teams ahead of us manage to make it work, so it is possible. Let’s move on to Montreal.”