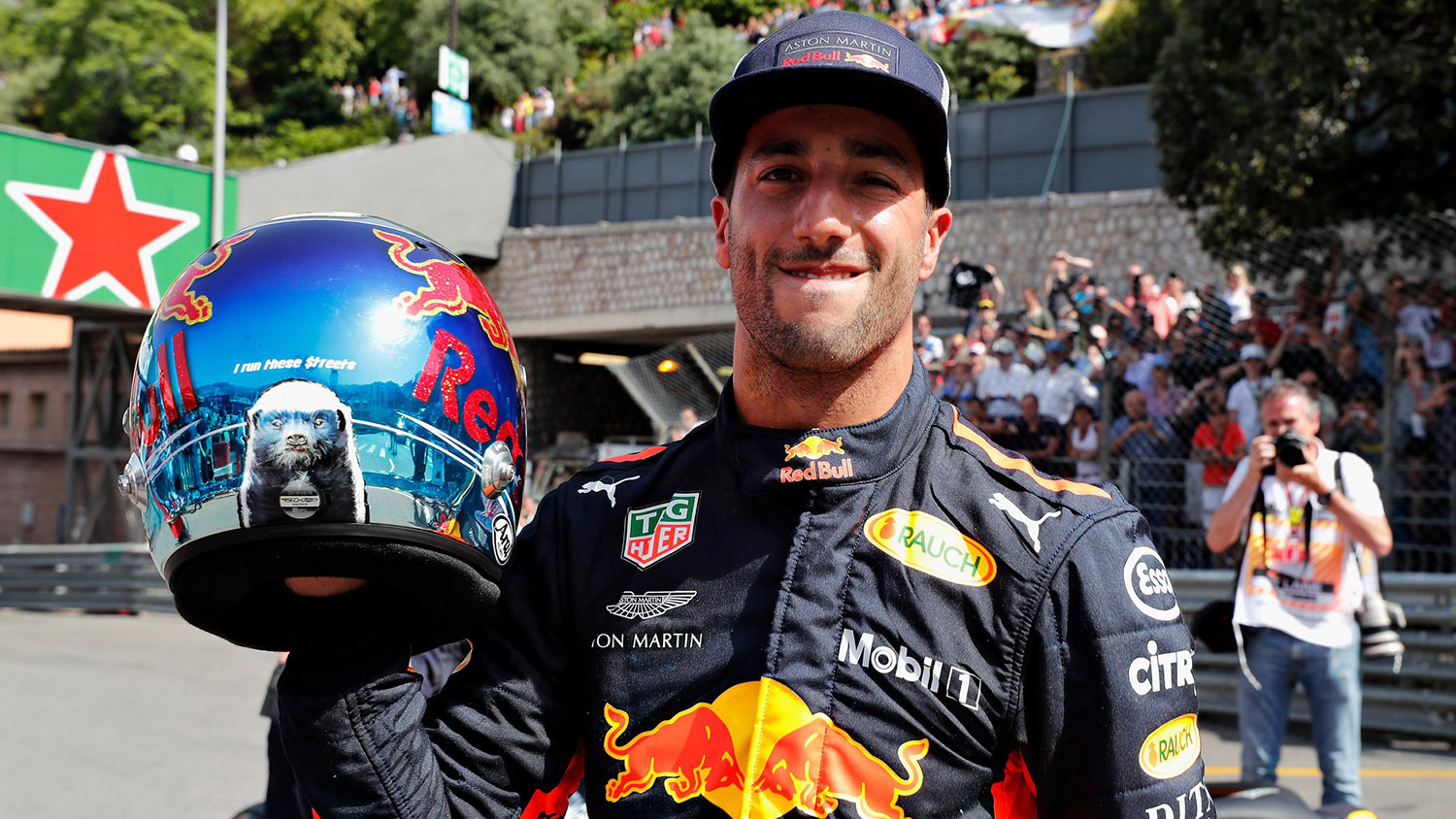 “Wow, it still hasn’t sunk in. It was a perfect weekend but a crazy race. It’s such a long week and because I get so excited for this race, I find it hard to control myself and I just couldn’t wait for the lights to go out today. The start went well and I thought, I’ve pretty much done the hard part so let’s just finish this race. Then on lap 28 I exited a corner and felt like I pretty much had no power. When it was clear that it was an MGU-K issue I wanted to close my eyes and start crying as I thought the race was over and I wondered just what I have to do to win here. I spoke with my engineer on the radio and we changed a lot of things that didn’t fix the problem but we just had to survive with the problem and keep Seb behind. We had a lot less power, fortunately, it’s a tight track and we had a good car so I could make up enough time in the corners not to be vulnerable on the straights. On any other circuit, there was no way I would have won today. It wasn’t fun driving like that and I’m pretty exhausted, but very, very happy. We finally got some redemption and this is the sweetest feeling. It wasn’t easy but now I can say I’m a winner here and it’s great to win the team’s 250th race.”

“Although we knew it was going to be damage limitation I still really enjoyed myself out there today as I was able to race other cars and be competitive pretty much from start to finish. Deep down of course I am still disappointed as we could have had a much better result if I hadn’t made the mistake in practice, but on the other hand, I made the most of the race. I had fun, I was passing cars and fighting every lap which is especially rare here in Monaco, normally it is just cruising during the race. The car handled well and we got the strategy spot on and finished in the points so I think that is a good day’s work all things considered. I have learnt throughout my career that it is easy afterwards to say it could have been like this or that, but I always have to look at myself. This weekend I made a mistake but Daniel did a superb job so a massive congratulations to him on winning the race and having a very special moment.”

CHRISTIAN HORNER, Team Principal: “Difficult to describe the performance Daniel put in today. From lap 28 when the MGU-K expired, which creates all kinds of issues with cooling, with brake and tyre temperatures, he managed it in the calmest of manners while defending with Sebastian Vettel no more than a second behind him, and I never believed with approximately a 25 per cent loss of power that he would hold the lead for another 50 laps and win our 250th grand prix. The day and the entire race weekend has belonged to Daniel with a phenomenal performance. It was a great recovery from Max. From the back of the grid it’s always going to be a tough afternoon but he made good progress with some good overtaking which is very difficult to do here, and he benefitted from some good teamwork and strategy and managed to get in to the top 10. Of all the races to win on the calendar, Monaco is the highlight because of that rich heritage and history; this one especially so for Daniel after the disappointment of 2016. To achieve that victory today was testimony to the great car that the guys and girls in Milton Keynes have produced, and Daniel’s ability behind the wheel. It is absolutely teamwork that wins races and we have to thank all of our team partners for their support that allows us all to savour special moments like this.”