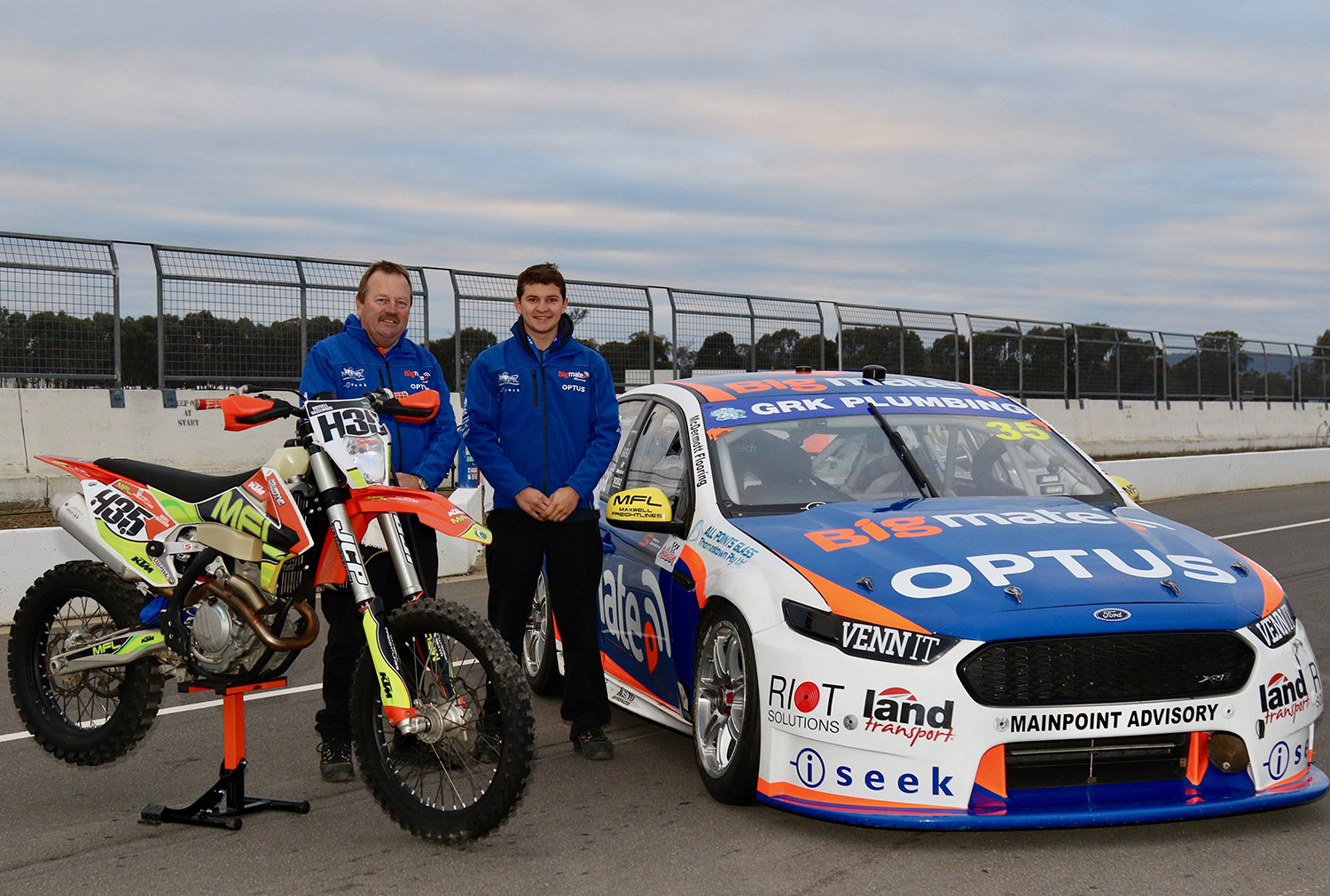 Speaking at the Supercars Winton SuperSprint event, Todd said it will be a special moment to be able to support his Dad on the sidelines.

“It’s pretty cool to see Dad back on the bike, I haven’t actually seen him on a bike before so that’s how long it’s been since Dad has been up on the wheel,” Todd said.

“It’s cool to see Dad do something that he loves and enjoys … now to actually go out and support him is pretty special considering over the last 16 years he’s been by my side as well as my Mum and my sister making this all happen.

Russell, who grew up desert bike racing in the Murray Mallee region in South Australia, will enter the Over 45’s class in what has been a lifelong dream of his to compete at the event.

He will also run number 35, which is Todd’s Supercars race number.

“There’s 106 in our class, so it’ll be interesting to see what my competition’s like in the class, but I am sure we’ll have a lot of fun,” Russell said.

“I’m simply stoked to bring it all together.”

The opportunity for Russell to compete at Finke was sparked through Todd’s Supercars sponsor Maxwell Freightlines, with owner Richard Maxwell to compete alongside Russell in the desert race.

“I was sitting down having Christmas lunch with Richard Maxwell and he offered the opportunity to me and so I thought, why not? I’ll bring myself out of retirement,” Russell said.

“After 23 years [off a bike] I’ll ride the Finke alongside Richard.”

Todd added that it’s fantastic to have one of his Supercars partners involved.

“It’s really special to have Maxwell Freightlines support Dad in his venture for Finke … with Richard and Sue Maxwell having supported our Supercars program for a number of years now it’s been a great partnership and it’s great to show just how much of our team is based around family,” Todd said.

The Hazelwood family will be at this year’s Tatts Finke Desert Race, running across the June long weekend on 8-11 June.

Once the off road event is over, the family will travel further north to Darwin for Todd’s next Supercars event, with the CrownBet Darwin Triple Crown on 15-17 June at Hidden Valley Raceway.