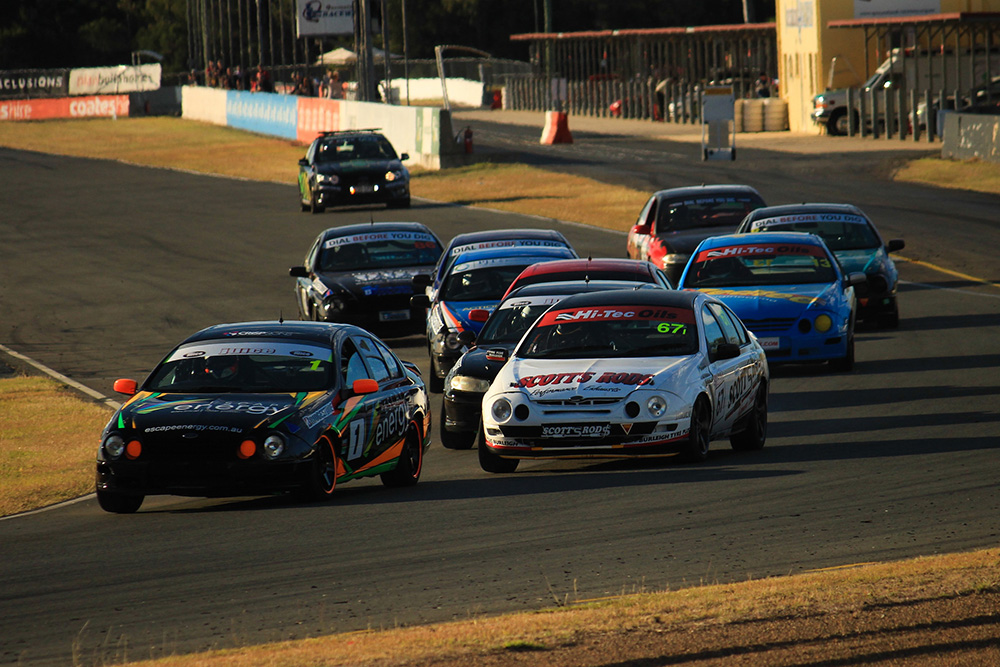 Saloon Cars will switch to endurance mode for round three of the 2018 Queensland Saloon Car Series, joining the QLD Production Cars category at Queensland Raceway on May 5-6.

This marks the first of two events making up the 2018 Mal Wood Automotive Enduro Cup, taking in two rounds at Queensland Raceway on April 5-6 and July 28-29 respectively. The latter will be as part of the annual Shannons Nationals ‘Fight in the Night’ Australian Production Car race.

The series has announced Mal Wood Automotive as naming rights partner for the two enduro events.

Mal Wood Automotive is an Australia wide achiever in the manufacture and supply of automotive transmissions, associated parts and drive line conversions. Based in the Darling Downs township of Warwick (home of Morgan Park Raceway), they have over 40 years of specialist service in driveline upgrades and repairs.

Seven cars will line up for the first enduro cup event this weekend, with racers encouraged to seek co-drivers from outside categories to experience what Saloon Cars has to offer.

Concept Tiles Racing have announced their two-car entry, with Jimmy Manteuful teaming up with another Queensland HQ Holden front-runner in Kyle Lovering and Brock Mitchell to be joined by former V8 Utes and Excel Cup racer Maxim Erickson.

Former Saloon Cars racer Bevan Garioch returns to partner John McCeleverty in his Ford AU Falcon, while Tony Shanks will team up with Matt Shanks in a father-son outfit.

The final entry sees Lindsay Kearns prepare to tackle the two one-hour enduros across the weekend in a solo effort.

The Queensland Saloon Car Series is set for two one-hour endurance races including compulsory pit stops across the weekend within the Queensland Production Cars field, as part of round one of the 2018 Mal Wood Automotive Enduro Cup.