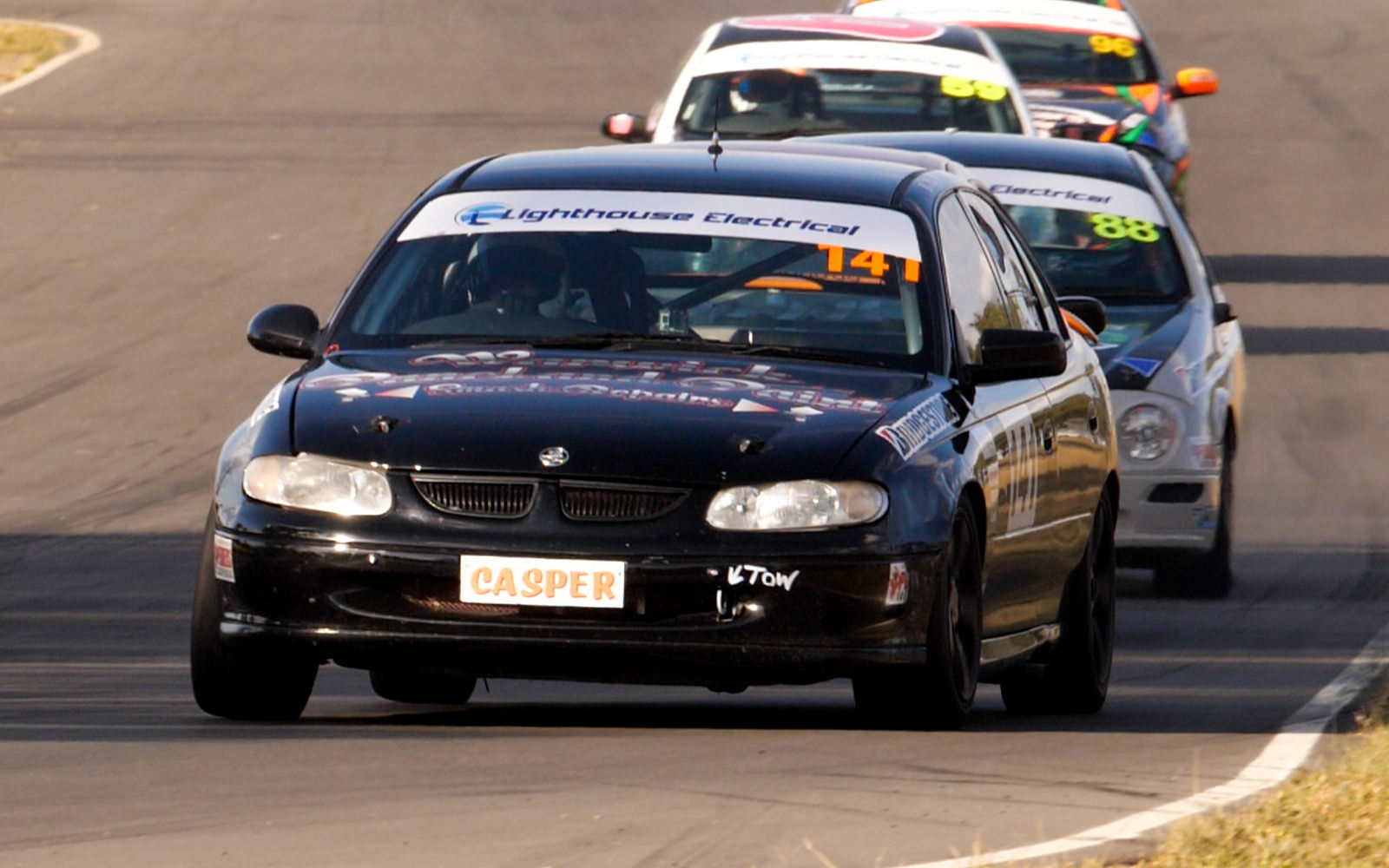 Carter stretched a six second lead on his way to winning race one, while Lindsay Kearns (Ford AU Falcon) fended off a hard-charging, Hine, Beggs and Jamie Furness (Ford AU Falcon) as the quartet fought tooth-and-nail to take the chequered flag within a second.

Kearns and Carter battled early in race two, before Kearns fell to a clutch failure on lap six. Beggs took advantage of the slowing Kearns to pass Carter and take the race win from fourth, with Hine coming home in third.

Beggs scored a lights-to-flag victory in race three ahead of Hine, who upstaged Furness and Carter in a race-long battle which saw Carter drop back to fifth. Brock Mitchell climbed to fourth and took the fastest race lap of the weekend with a 1:27.641, only three tenths shy of the race lap record. Tony Shanks made up three spots to sixth after a thrilling battle with Brad Carr and Jimmy Manteuful.

Race four saw Beggs again lead the duration, as Carter recovered to second from fifth on the grid ahead of Hine in third. Furness jumped to second off the start before contact with Carter at turn ten on lap six resulted in a fifth-place finish as Mitchell remained in fourth.

Beggs battled head gasket troubles in the final races, but was pleased to hang on and take the round win.

“It was a close weekend all-round. The other guys were much faster in qualifying so I didn’t know how I was going to get back up there, but they all seemed to taper off in the races.

“It was definitely getting hot, I was trying to drive as hard as I could in the first few laps of each race and then build a gap so I could take it steady in the last couple of laps to bring the car home.

“The racing was really close, the new guys are right in the pack now so it’s going to get closer again by the end of the year.

“Thanks to Wayne Tirana for all the work he’s put in and all the guys involved in the Queensland Saloon Cars, it’s been a great weekend.”

The series now switches to enduro mode, with round three to be the first of two endurance cup events at Queensland Raceway on May 4-6 with the Queensland Production Cars.