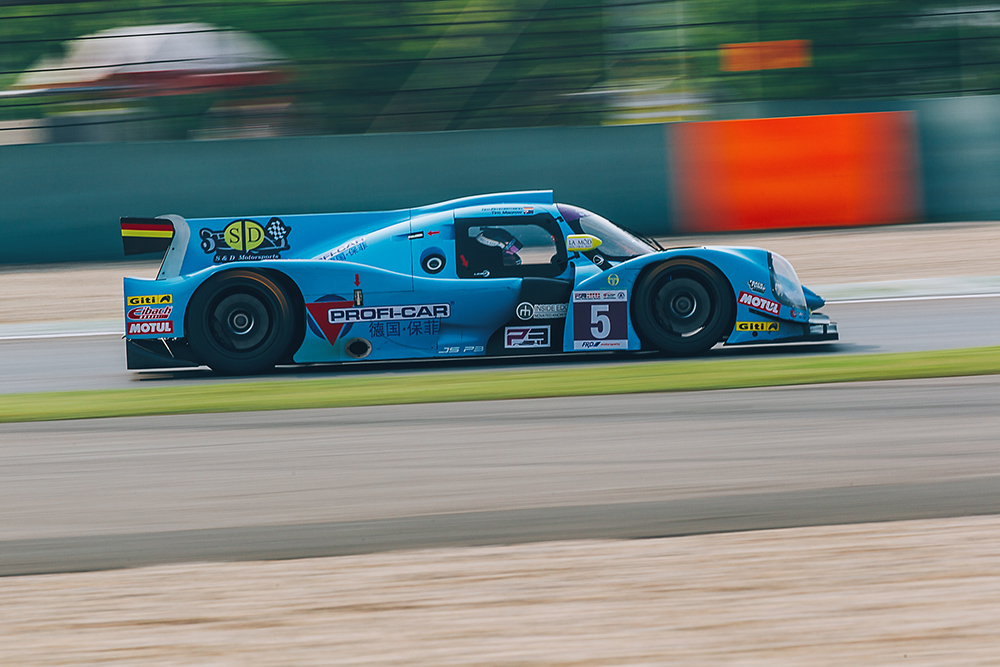 Australian Tim Macrow has finished race one of the FRD Motorsport China Endurance Championship in Shanghai on the podium with teammate Tim Zimmerman in their LMP3.

With Zimmerman starting the race on the second row of the grid, he fought hard on track to strongly position the team and maintain the advantage. Macrow had a tough battle with Josh Burdon for second place in the latter part of the race with Burdon keeping pressure on.

Macrow kept the hammer down through his stint bringing the LMP3 car home in second place.

Race two will be live streamed Sunday at 1:45pm (AEST)

– Tim Macrow: “We had a great car on our hands thanks to my engineer Terry, I am very pleased to be on the podium with my teammate Tim Zimmerman, it was a good fight right to the end.

– Tim and I are both looking forward to getting out there tomorrow and backing up the great result we had today.”

– Harry Chai (Team Owner): “I’m really happy with today’s result for S&D Motorsport Malaysia team, both drivers were very consistently and their hard work out on track paid off with a podium position.”