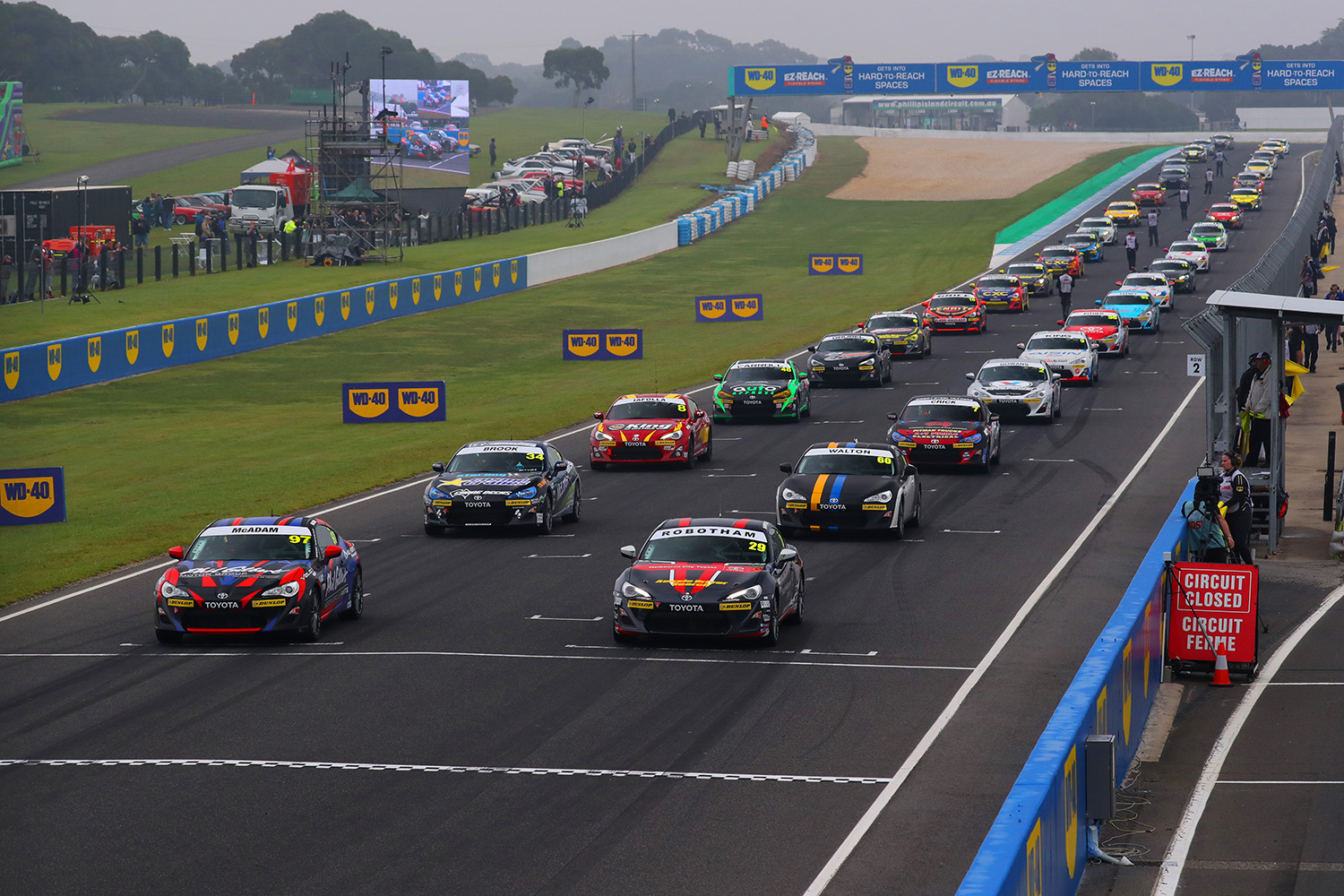 QUEENSLANDER Liam McAdam has had the perfect weekend of racing at Phillip Island Grand Prix Circuit last weekend in the Toyota 86 series.

It didn’t start out that way, in practice the 20-year-old was only mid pack during Friday’s first practice, the session was shortened after fog delayed the start of the day. In the second 20-minute session he climbed to fifth fastest.

“We went a different direction with the engineering of the car over the weekend and it seemed to pay off, we came a long way forward from practice to qualifying” said McAdam.

Qualifying for the class is only a 10-minute affair, McAdam not only set the fastest time of 1:51.714 but was under the lap record and only ran for three laps, where all the other competitors ran four or more laps.

The Toyota 86 class boasted the largest collection of entries at the Supercar event, 38 cars lined up for race one and from lights out to flag fall McAdam had control of the race leading all the way.

“The level of race craft at the front end was fantastic, tough but clean racing, it was great to finally get a win in the category, the car felt great” said McAdam after race one.

The second race was first thing Sunday morning and again there was substantial fog around the island, McAdam had a reasonable start but fifteen-year-old Jayln Robotham got the jump and lead for the first lap, McAdam passed on the next lap and was challenged for the balance of the 10 lap race by Robotham.  “Jayln is quick, he’ll be someone to watch in the future” said McAdam

The final race for the weekend was another commanding effort by McAdam to again lead from the start and for the entire 8 laps around the 4.4km Grand Prix circuit, whilst the field battled behind the young driver.

McAdam won the round at Phillip Island with the three race wins.

“These are cars are a real credit to Toyota, ours is statutory write off and has 72,000km on the clock, we’ve done nothing to the engine, it’s a great work-horse, and fun to drive”, “The team did an awesome job making sure I had a fast, reliable car over the weekend, I look forward to building on the win in Townsville”.

Round Two for the Toyota Racing Australia 86 Series is at Townsville alongside the Supercars for the Watpac Townsville 400 event.