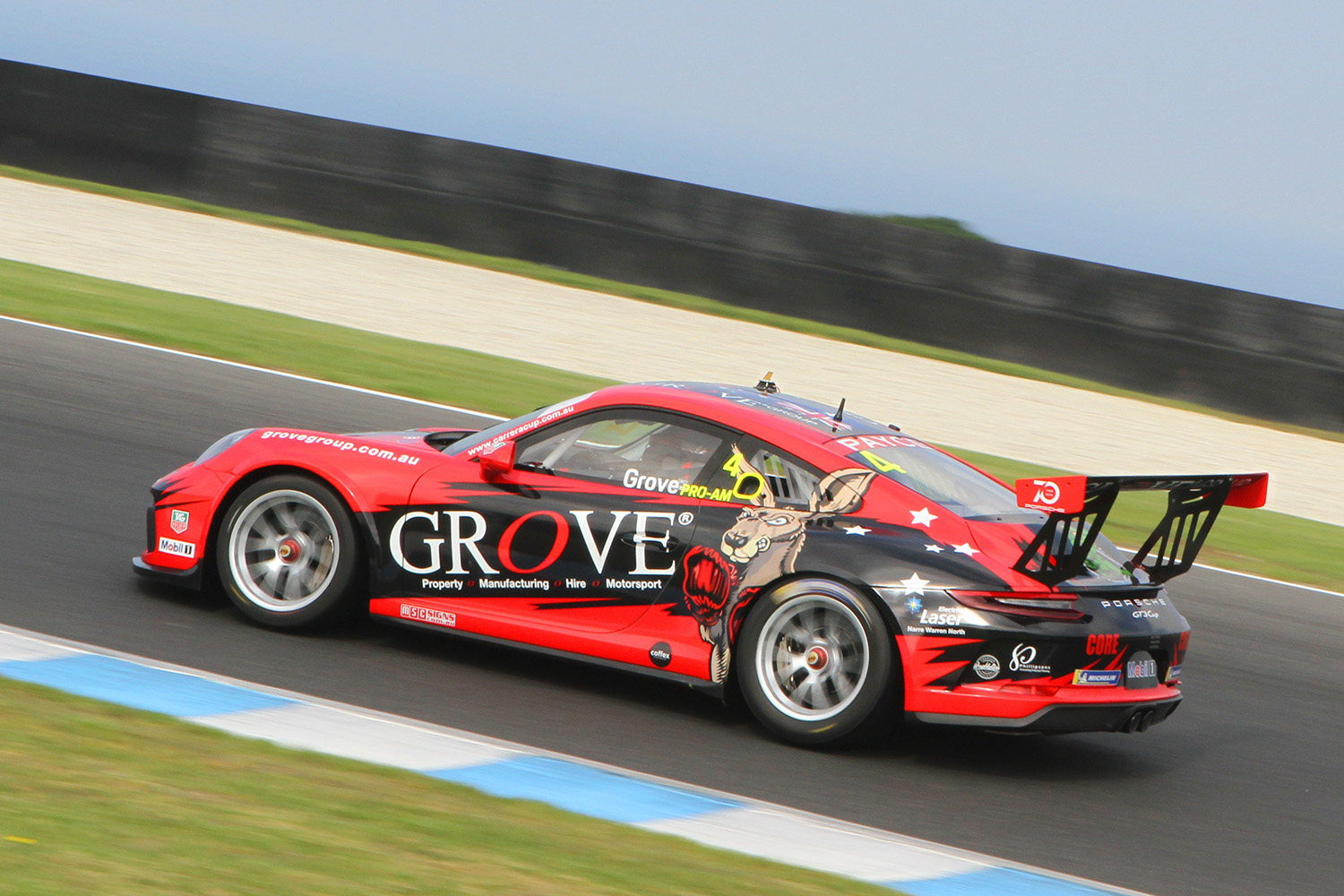 Stephen Grove has left Round 3 of Porsche Wilson Security Carrera Cup Australia within reach of the TAG Heuer Pro-Am class championship lead following a round win at Phillip Island.

The Melbourne-based driver ended his weekend on a high, taking out the final race of the in class on course to the Phillip Island round win. Grove now sits 43 points adrift of the class standings leader leaving the Victorian circuit.

The weekend was not without challenge though, with Grove fighting back after a difficult qualifying to finish third in class in Race 1. Tyre pressures proved critical throughout the weekend to optimise car performance and it was in Race 2 that everything fell into place and the two-time Carrera Cup Australia class champion was able to sweep through and take the win.

“We had strong pace all weekend but it was mostly circumstances that set us back at the beginning of the weekend,” said Grove.

“I had a bit traffic in qualifying which I caught at the Southern Loop and that didn’t help all that much.

“We also had trouble with the tyres at the start of the weekend and during Race 1 because we pressured them a fraction too high and a few psi (pounds per square inch) can make a huge difference.

“In Race 2 though, we adjusted them and the car was awesome and the pressures were spot on and we managed to push forward and get the race win and round win. “I’m very happy with the end result and I think it’s positive signs for the rest of the season.”

The Endurance Cup format which Carrera Cup Australia employed last weekend featured a pair of 25 lap races, which both beat the record of the longest single-driver races in series’ history. Grove, who has multiple international 24 hour endurance races to his name, says he is a big fan of the format. “I think the longer endurance races are great because they really test you as a driver,” added Grove.

“Endurance racing is something that I really enjoy; every aspect of it. “Phillip Island is such an incredible circuit and it produces some great racing especially from a driver’s perspective.

“I can’t wait to get to Darwin and get back behind the wheel again.”