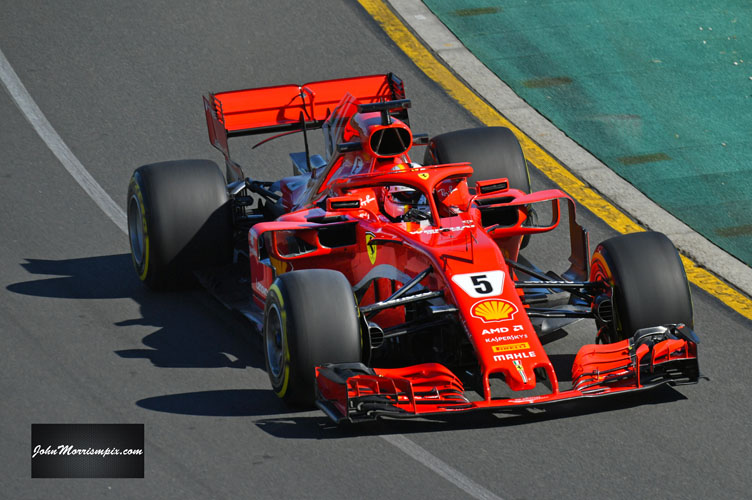 The 2018 FIA Formula One season is finally underway, the Australian Grand Prix once again is the launch of new technology right across the Formula One field.

The first round is always an extended test round and even F1 let the teams have a bit of leeway.  An extra set of tyres is made available but they have to be used in the first 50mins of the first session.  Of course this is a ploy to have the cars on the track for the best part of the first session.  The crowd are here for a show, in the past the new cars would do a sighting lap or two then pit for the teams to make checks/balances and in some cases major changes.  The jury is still out if this worked or not!

New this season sees the highly anticipated safety mechanism of the Halo, and first impressions have not done that much for the sport, whilst everyone agrees that driver safety is paramount, the Halo hasn’t been seen as the best solution.  This is echoed both up and down pit lane and very much across the grandstands and social media.

The new solution has blocked the traditional helmet shots and the ability to easily spot your favourite driver via their helmets.  This weekend will have plenty to talk about and will be headlined by the Halo.

Australian Daniel Ricciardo has already felt the wrath of officialdom with a 3 place grid penalty after he was deem to be travelling to fast back to pitlane when the red flag came out in free practice two.

Current world champion Lewis Hamilton has continued where he left off last year by topping the time sheets in both FP1 and FP2 – straight out of the box he was fast with a 1m23.931s in FP2.

Daniel Ricciardo finished the session in seventh place, but his position does not appear to be representative of his pace. Along with several other drivers the Australian had his best lap interrupted by a red flag, which was caused by some loose debris at the start-finish line.  It appeared the rubber used to cover over sensor wires came adrift, maybe due to the super sticky soft tyres combined with yesterdays heat.

Third fastest was Valtteri Bottas in the second Mercedes.

The F1 teams have a further hours practice today before qualifying which kicks off at 5pm local time.

SUBSCRIBE TO VELOCITY – 6 ISSUES A YEAR AND REAL GLOSSY