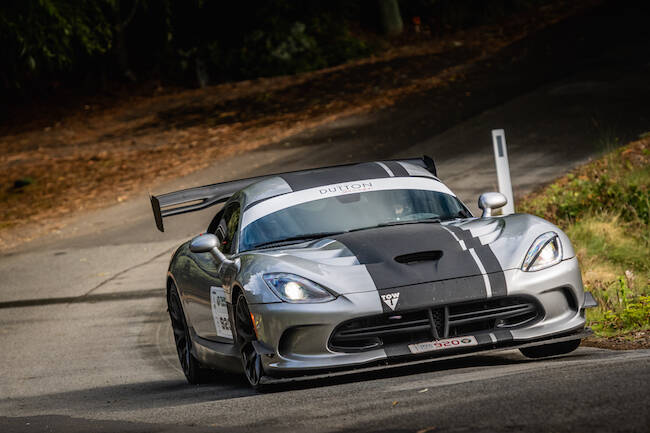 Motorsport Australia has named the members of its Investigatory Tribunal, tasked with the responsibility of examining the circumstances leading to the sad passing of three Targa competitors during competition in April.

Matthew Selley and Neal Bates have been confirmed as Tribunes, joining Garry Connelly who will Chair the Tribunal, as previously announced. Motorsport Australia’s General Manager of People and Culture, Tamara Joy, will be the Tribunal’s Executive Officer.

The Tribunal convened on Monday May 3.

At the opening of the Hearing, the Tribunal extended its deepest sympathies to the families and friends of Leigh Mundy, Shane Navin and Dennis Neagle.

The Tribunal has reviewed and accepted the Terms of Reference proposed by Motorsport Australia, which are outlined below:

The Tribunal is to conduct itself in accordance with the relevant procedures in Judicial Procedures, Investigatory Tribunals, of the Judicial Appendix of the Motorsport Australia Manual. The Tribunal shall:

The Tribunal has also:

The Tribunal noted with appreciation the many parties who have offered to provide advice and information as part of the investigation, which will be collated securely and safely over the coming weeks. Anyone wishing to make a submission will be advised on how to do so in due course.

It is anticipated the Tribunal will make its recommendations to the Motorsport Australia Board by the end of 2021.

About the Tribunes:
Matthew Selley has more than 30 years’ experience as a practicing lawyer who is an FIA International Gold Steward and is a member of the FIA Stewards Panel for Formula 1 and Formula E. He is a Member of the Australian Motorsport Appeal Court and has been Co-Chair of the Motorsport Australia Supercars Stewards Panel since 2017. He was a Commissioner of the Australian Rally Commission between 2015 and 2018.  Matt has competed as a driver in tarmac and gravel rallies for over 15 years, including multiple rounds of the Australian Rally Championship, Targa Tasmania, Targa High Country and Targa Adelaide. He was the outright winning Driver in the Adelaide Rally – Classic in 2018 and 2021 (tarmac) and was the South Australian State Champion Rally Driver in 2007, 2008 and 2009 (gravel).

Neal Bates is a member of the Australian Motorsport Hall of Fame and has competed across many disciplines of motorsport, most notably in rally. Neal is a four-time Motorsport Australia Rally Championship winner, a winner of the 1995 Targa Tasmania and has competed at international level in rally and circuit racing, including in the Supercars Championship. He is currently the owner of Neal Bates Motorsport, a factory Toyota team preparing cars for a number of national championships and series. Neal has extensive experience in car development and builds, with strong knowledge of safety systems currently in use at the top level of Australian motorsport.