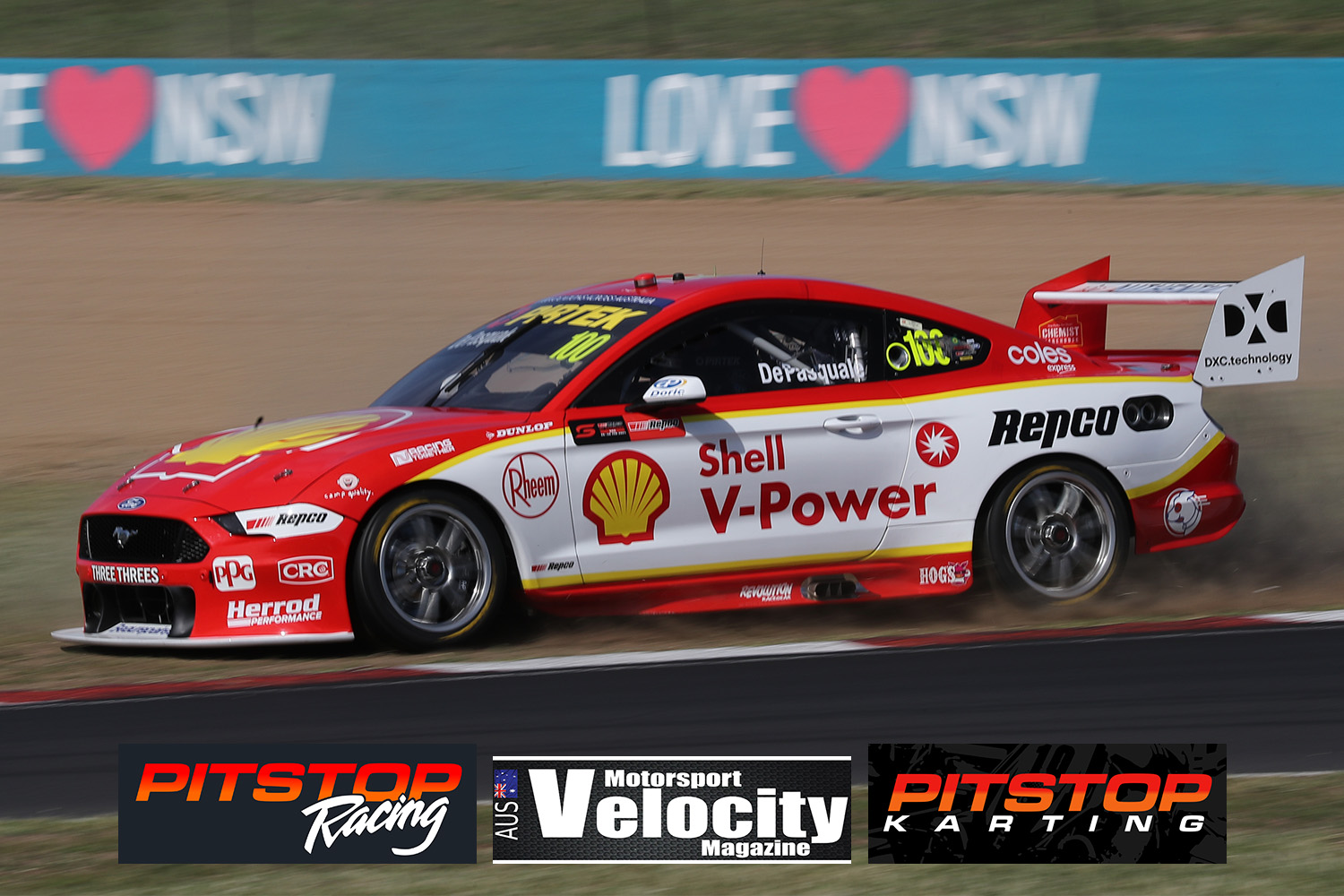 With hard tyres the allocated compound for the weekend of racing, Shell V-Power Racing Team new recruits Anton De Pasquale and Will Davison headed out for the first hour-long Practice session on a brand new set of Dunlops.

Conditions were cool and the track had little grip in the early stages of the session, which meant tyres took some time to get up to temperature. Most of the cars on track were setting lap times around the 2m08s mark in the first stint. De Pasquale was quick to make his way into the top 10, where he remained for the majority of the session.

The opening Practice of the new season wasn’t without drama. A red flag paused proceedings after Will Brown hit the wall at the dipper with just under 30 minutes remaining.

Both drivers focussed heavily on set-up during the session and worked through a number of changes, not just with the car itself but also driver position and comfort.

With the track heating up significantly as the session progressed, Davison struggled with overall grip and found it dropping away in the closing stages. De Pasquale clocked a personal best lap and jumped to P7 with just 20 minutes remaining. He improved that to P5 on his next lap with a time of 2m07.1401s, putting him only six-tenths behind P1.

During their final pit stop, both drivers took on fresh rubber for one last hit-out around the mountain, as did most of the field. De Pasquale finished Practice 1 in P8 and Davison P11. 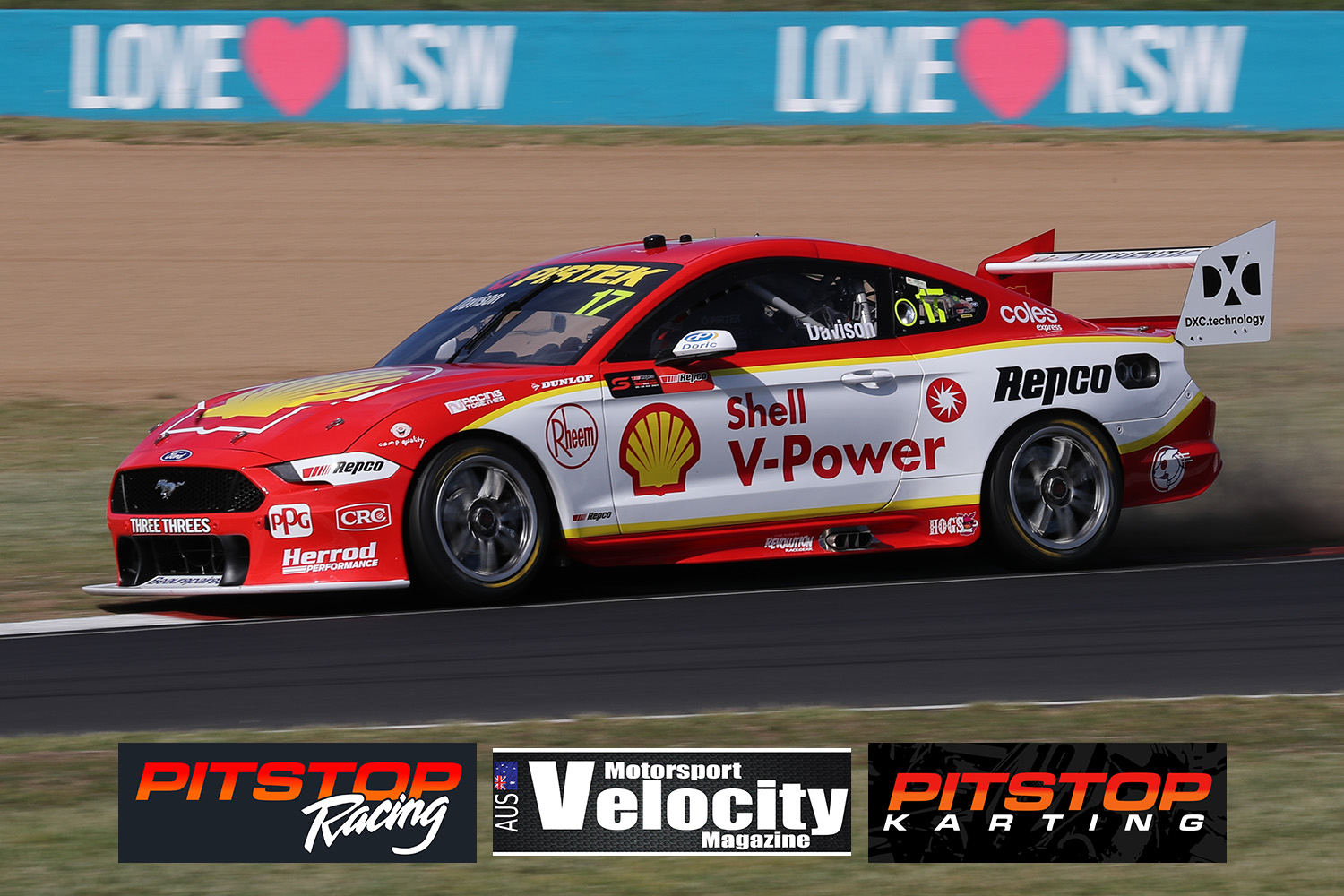 Practice 2 began chaotically. Just four minutes into the session, Hazelwood’s car suffered a mechanical problem and dropped oil across the track up Mountain Straight. Moments later, James Courtney and Macauley Jones went into the gravel trapped in separate incidents at the Chase. The red flag came out as both Hazlewood’s and Jones’s cars had to be recovered.

The Shell V-Power Racing Team took advantage of the break in track activity to make changes to both the No. 17 and No. 100 Ford Mustangs. After a brief delay, the session restarted with 54 minutes remaining.

On his second stint De Pasquale jumped up to P2 with a time of 2m6.7455s. He bettered that at the half-way point of the session with a time of 2m6.0671s. Davison had made his way up to P6, just nine-hundredths of a second behind his teammate, but was yet to feel confident with his set-up.

Like the first Practice session, the Shell V-Power Racing Team drivers continued to focus on setting up and learning about their new cars and saved a fresh set of green Dunlops for their final stint. De Pasquale finished the day in P9 and Davison P11.

The Supercars will be back on track for Qualifying at 9:05am (AEDT) tomorrow.

“Bathurst is such a cool place; it always feels like your first time every time you come here, and it’s so good to be back racing.”

“It’s great to get in the car, get out on track and work through everything, and now we have a base to work from moving into the weekend.”

“We’ll go through all the data tonight and see what comes out for tomorrow.”

“It’s great to get the first proper day in the car out of the way. It was very full-on out on the circuit trying to learn the new car and settling in with the team.”

“I just slowly built myself up over the course of the day because track conditions were quite tricky. At the moment, we’re just walking before we run, and we’ve certainly learned a lot.”

“We clearly have a little bit of work to do, but I’m feeling a lot more familiar with everything than I was this morning.”

“We’ve got heaps to look at tonight, and we’ll just keep improving every day.”