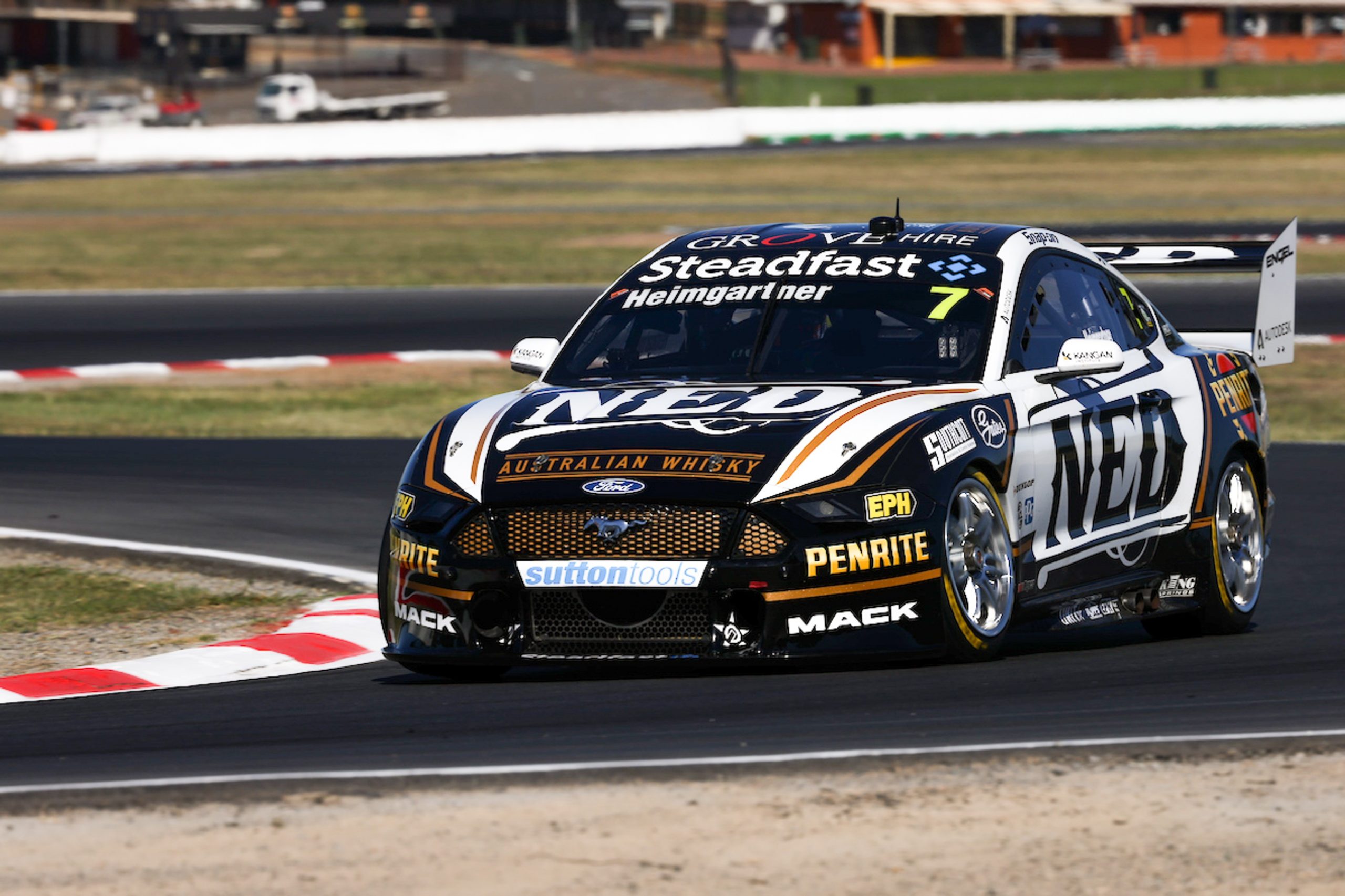 Last Friday Kelly Grove Racing returned to the race track for the first official test day of the 2021 Supercars season. While the team had a ride day at Phillip Island in late January, Friday’s pre-season test was the first opportunity of the year to test the team’s Ford Mustang Supercars against the clock and make significant setup changes while also testing and evaluating new parts.

The team had an extensive test and evaluation program for the day with David Reynolds, André Heimgartner and Rick Kelly (the team’s official test driver) all sampling the changes. With André having suffered a hand injury last month racing in New Zealand, the NED Whisky Racing driver took it easy for the first stint and he shared driving duties with Rick. André was able to have a custom splint made to support his thumb while driving to avoid any further damage.

David Reynolds turned his first competitive laps in the #26 Penrite Racing Ford Mustang. Coming into a new car he noted plenty of differences but began to feel more comfortable by the end of the day.

The team heads to the Mount Panorama 500 this week confident in its performance direction following the analysis of the test day data and driver feedback. Practice for the first event of the 2021 season kicks off at 12pm on Friday.