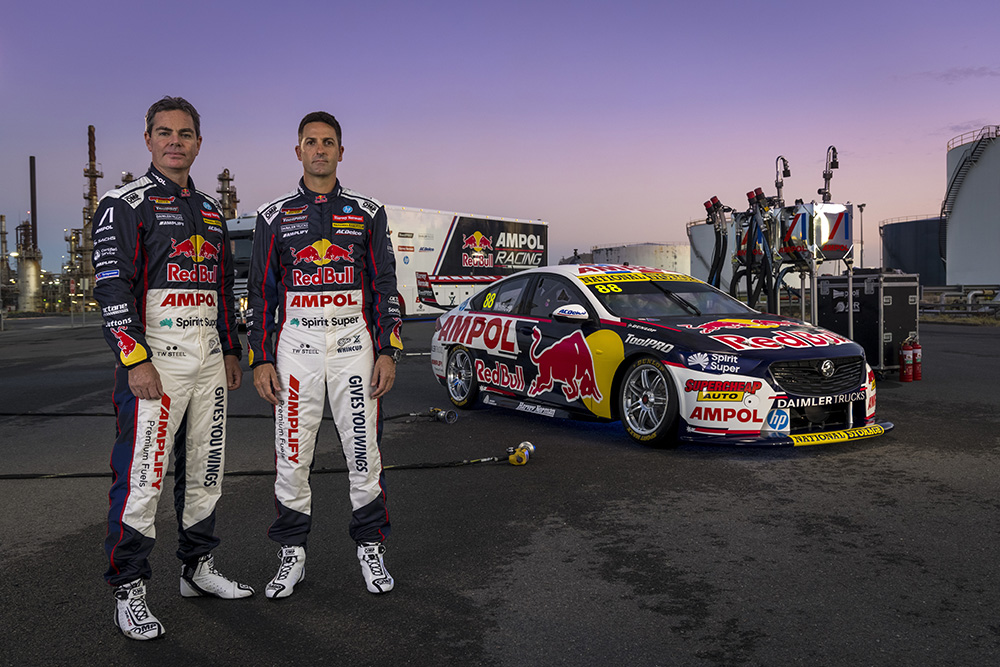 Red Bull Ampol Racing has pulled back the covers on its much-anticipated livery for the 2021 Supercars Championship.

The all-new livery sees Ampol make its co-naming rights debut on Triple Eight Race Engineering’s #88 and #97 Supercars, as the iconic Australian fuel company embarks on its first year as co-title sponsor of the squad.

The team’s cars will carry a sharp new look into the 2021 season, featuring an eye-catching blue camouflage design, as well as the striking addition of the Ampol and Amplify Premium Fuel logos.

Alongside co-title partner Red Bull, the team will continue to enjoy support from team partners; ACDelco, Ampol Amplify Premium Fuels, HP, Spirit Super, National Storage and TW Steel, with the introduction of Daimler Trucks, Harvey Norman, Supercheap Auto and ToolPro to the team for the 2021 season.

Seven-time Supercars Champion Whincup said: “It’s great to have Ampol deepen their commitment to the team to become co-naming rights partner for season 2021 and beyond.

“They’re an iconic Australian fuel and convenience company that are driven by high-performance, which aligns to our team values. We’re proud to partner with them as they revitalise the Ampol brand.

“I think the car looks fantastic too. It’s pretty out there and there’s quite a bit going on, but we’re not trying to be the quiet achievers and I think the car suits our style.” 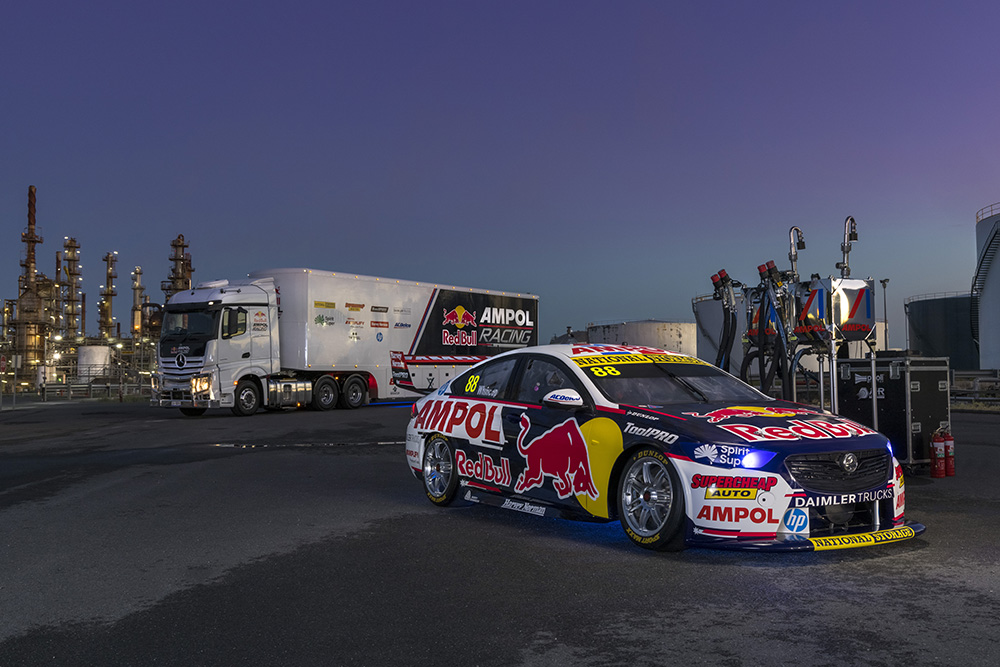 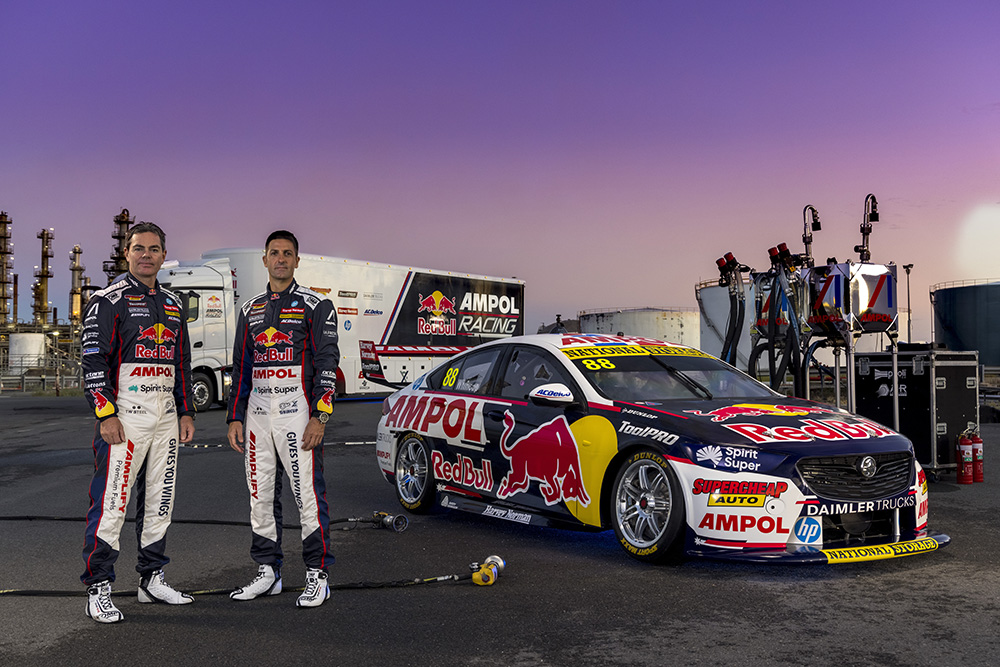 2016 Supercars Champion and 2020 Bathurst 1000 winner Shane van Gisbergen said: “I really like the look of our cars this year – they’re really cool.

“We obviously finished the 2020 season on a high with a Bathurst 1000 win, so I’m looking forward to the 2021 season kicking off and having Ampol along for the ride.”

Ampol’s Executive General Manager – Retail, Brand and Culture, Joanne Taylor said: “Ampol is focused on delivering world-class fuels that support better journeys for all Australians. To see the Ampol brand return to Supercars as co-naming rights partner of Red Bull Ampol Racing is a great alignment of the performance our fuel delivers.

“We look forward to further building our partnership with the team and see Jamie and Shane take to the track under the new Red Bull Ampol Racing banner in 2021.”

The new Red Bull Ampol Racing livery will make its racing debut next month as Supercars descend on Mount Panorama for the opening race of the 2021 Supercars Championship, February 26 – 28.