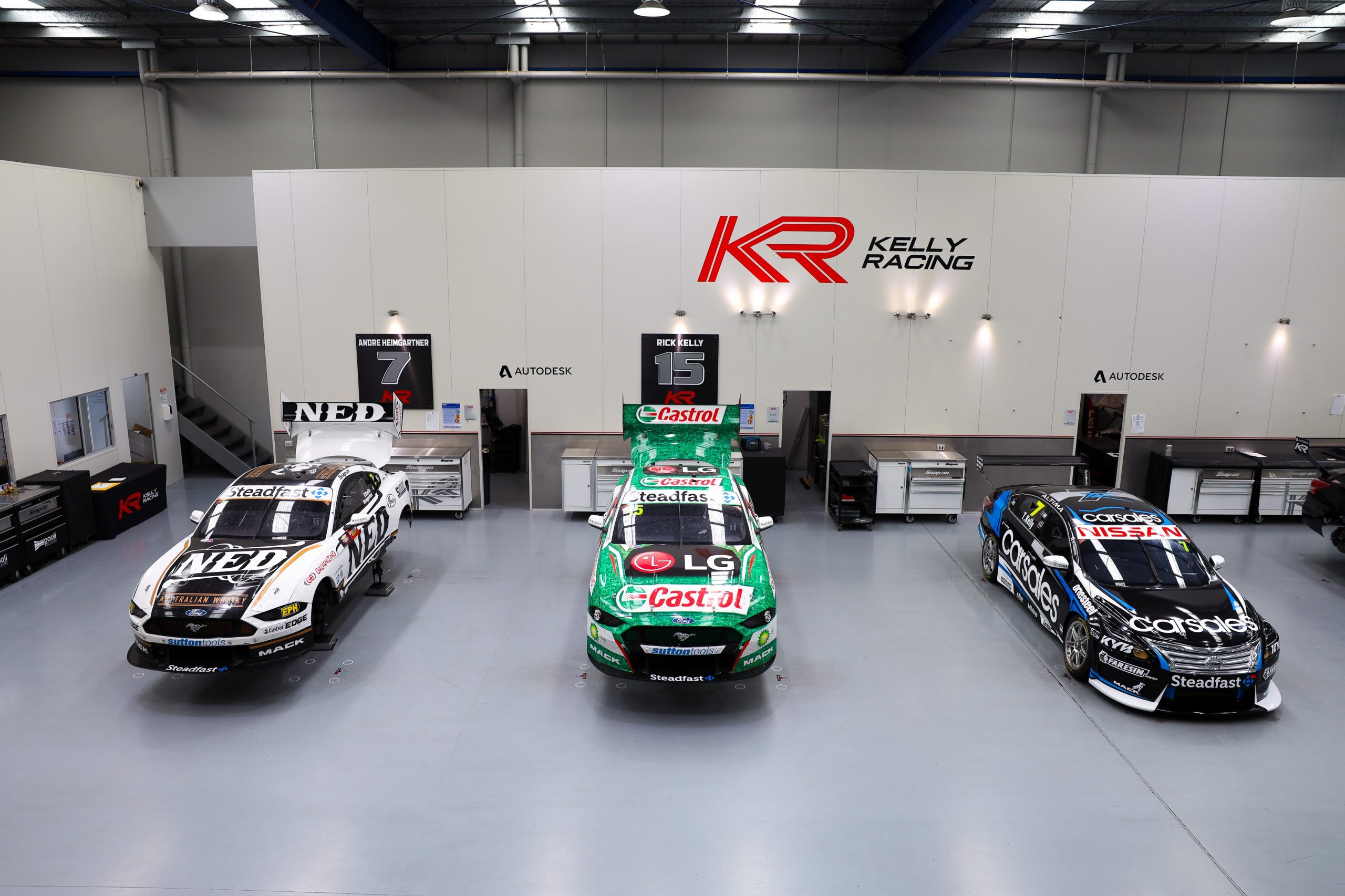 It has been six weeks since the team arrived back in Melbourne from its epic 106 day roadtrip across Australia after completing a whirlwind 2020 Supercars Championship season. Since the crew had a couple of weeks off to catch their breath and reflect on their incredible achievements on and off the race track this year, it has been full-steam ahead in preparation for the ’21 season.

The cars have been completely stripped of all mechanical componentry, including the engines, drivelines and all of the suspension pieces, which are all being serviced and completely refreshed for next year. Fortunately, the cars had very minimal panel damage at Bathurst so the Mustang shells have been able to remain fully intact.

A new chassis has also been in the build and is now being prepared to go into the PPG paint booth ahead of the Christmas break before it can begin being assembled in the new year.

The crew have also completed an interesting project for Kelly Racing co-owner and Team Principal Todd Kelly. The Supercar which Todd raced in his last Supercar event before retiring has been completely restored to exactly how it was raced by Todd at Newcastle in 2017, including the same suspension setup and livery. Todd has no immediate plans for the car, but he admits it would be cool to take it to a track day and blow the cobwebs out one day.

Recently Todd also sat down to answer some fan questions sent in to the Kelly Racing Facebook and Instagram pages.