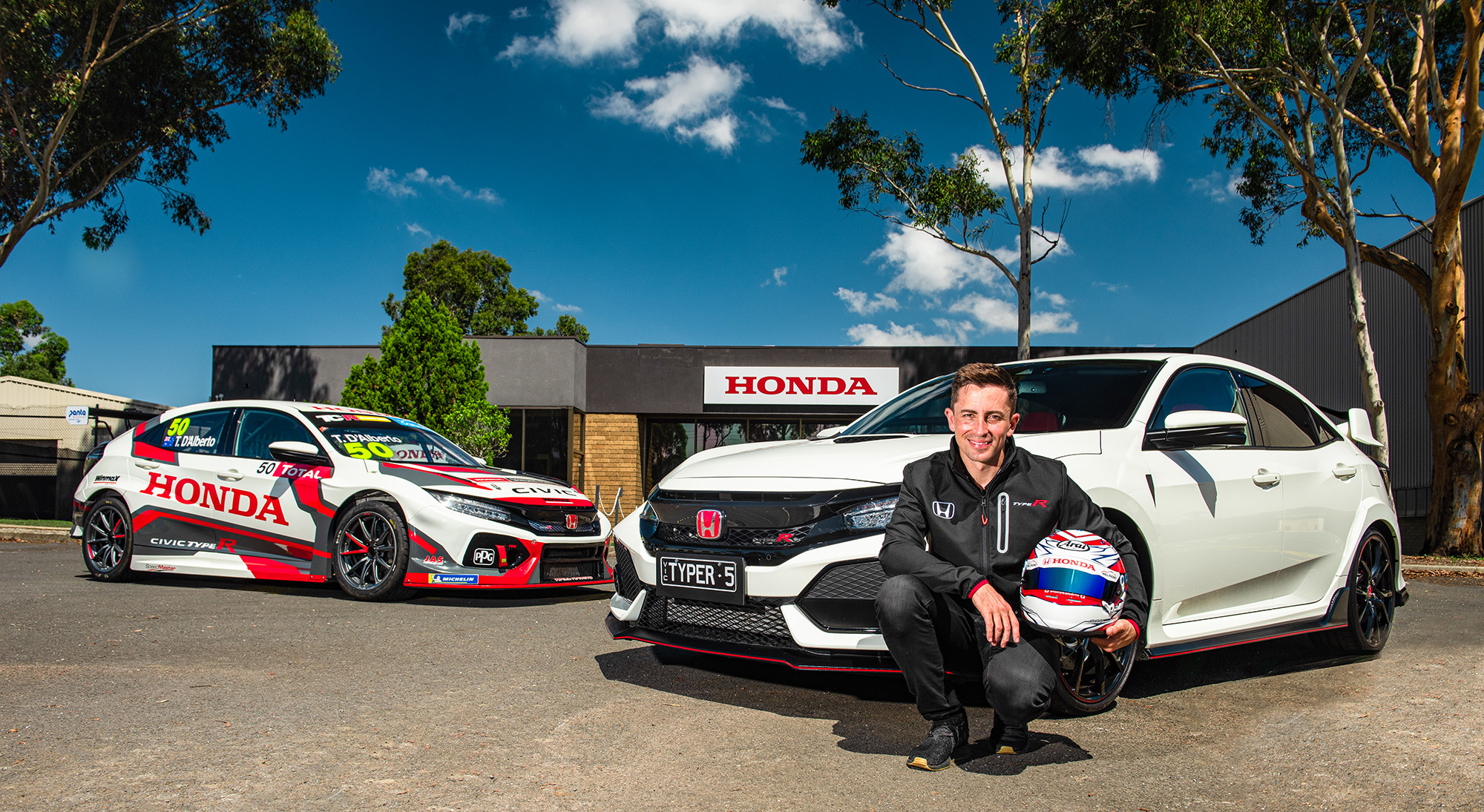 Honda Australia has committed its support to Tony D’Alberto and Wall Racing to contest the 2021 TCR Australia Series.

Due to the coronavirus pandemic that halted large gatherings across Australia and around the world, the only opportunity D’Alberto had to drive his Wall Racing-prepared Honda Civic Type R TCR was at the official pre-season test at Winton Raceway back in February.

D’Alberto was fastest in the test session and was looking forward to improving on his second place finish in the inaugural TCR Australia season in 2019, however, the series did not see one official race unfold in 2020.

Recently, TCR Australia organisers revealed a six-round calendar for the new 2021 season that will see the exciting turbocharged touring car category head to iconic Australian racetracks including Symmons Plains in Tasmania, the Phillip Island Grand Prix Circuit in Victoria and the world-renowned Mount Panorama at Bathurst.

The racing calendar will culminate in a two-driver TCR 500 at Bathurst, where local and international drivers will be invited to tackle the mountain in an Australian-first TCR endurance race, as part of the inaugural Bathurst International.

All TCR Australia Series events will be broadcast live and free on the Seven Network, including the streaming options via its digital offering 7plus.

The opening round will be held at Symmons Plains Raceway in Tasmania on January 24-26.

“2020 has certainly been a challenging year right across the board, but despite all of the headwinds, it’s fantastic that we can finally start to look forward with a renewed sense of positivity,” said Robert Thorp.

“After such a successful first year of TCR racing for Tony and the Wall Racing team in 2019, with the first TCR pole position and claiming second place in the championship, it will be an exciting way to kick off the new year with some racing through the summer months.

“We’ve just launched a major update for the Civic Type R last month and we have some special plans in development to bring the road car and race car programs together during the 2021 season, so fingers crossed the current situation continues to improve.

“I know the entire team at Honda Australia can’t wait to see the Civic Type R TCR car back on track in Tasmania in late January.”

“All the frustrations of 2020 seem far behind us now and we are full steam ahead into preparations for next year’s TCR Australia Series,” said Tony D’Alberto.

“I feel blessed that Honda and Wall Racing are also very keen to pick up where we left off. It’s such an exciting category with a huge potential here in Australia, and as we’ve seen around the world in other TCR classes, the Honda remains one of the cars to beat.

“Of course, we want to go one better than last year, but after a year like 2020, just getting on the track will feel like a win!”