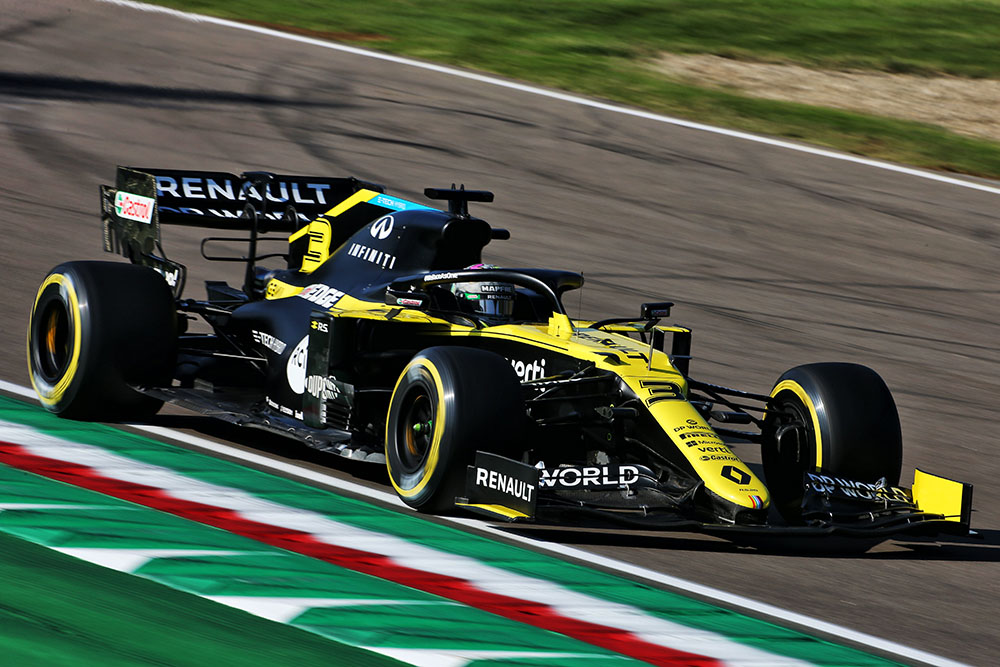 Renault DP World F1 Team is in Istanbul for the fourteenth race of the 2020 FIA Formula 1 World Championship, the Turkish Grand Prix.

The circuit
• Designed by Hermann Tilke, Istanbul Park shares a lot of similarities with famous racetracks around the world. Turn 1 is aptly named by some as the ‘Turkish Corkscrew’, which is a reference to the famous Corkscrew at Laguna Seca in the United States. Whilst the much talked about Turn 8 with its sweeping left turns is akin to the Parabolica at the Autodromo Nazionale di Monza. There is also an uphill kink located along the back straight jokingly referred to as ‘Faux Rouge’, with minor comparisons made to the infamous Eau Rouge at Spa-Francorchamps due to its sharp gradient change.
• The circuit boasts a total of 14 turns with drivers experiencing approximately 45 gear changes and 65% full throttle per lap. During Turn 8, drivers are expected to face an average of 3.5G for 6.5 seconds.
• Istanbul is the only city in the world that’s spread over two continents, with the Bosporus strait forming the dividing line between Europe and Asia. The track itself is located at a crossing of boundaries of Pendik and Tuzla districts on the Asian side of Istanbul. It will be Formula 1’s first race in Asia this year.

Driver/Team history
• Renault powered cars have won the last three Formula 1 Grands Prix in Turkey and, in the last race here in 2011, they powered to both first and second places at the chequered flag.
• Fernando Alonso has the most podium finishes of any driver in Turkey. The Spaniard has finished in the top three on four occasions at Istanbul Park.
• Last time out, Daniel Ricciardo added podium number 31 of his career at the Emilia-Romagna Grand Prix. The Australian is currently on a run of seven points finishes in a row, only bettered by Sergio Perez (eight) and Lewis Hamilton (46).
• Daniel has made one appearance here before albeit during a wet Free Practice 1 in 2011. Meanwhile, Esteban Ocon will be making his first ever appearance at Istanbul Park.

Renault Sport Academy
• Academy drivers Caio Collet and Hadrien David are both in action this weekend for the final round of the 2020 Formula Renault Eurocup Championship at the Circuit Paul Ricard.
• The championship will be decided this weekend, with Caio currently second in the drivers’ standings 44 points adrift of top spot. Meanwhile, Hadrien aims to finish his debut season in the championship on a high racing on home turf this weekend.