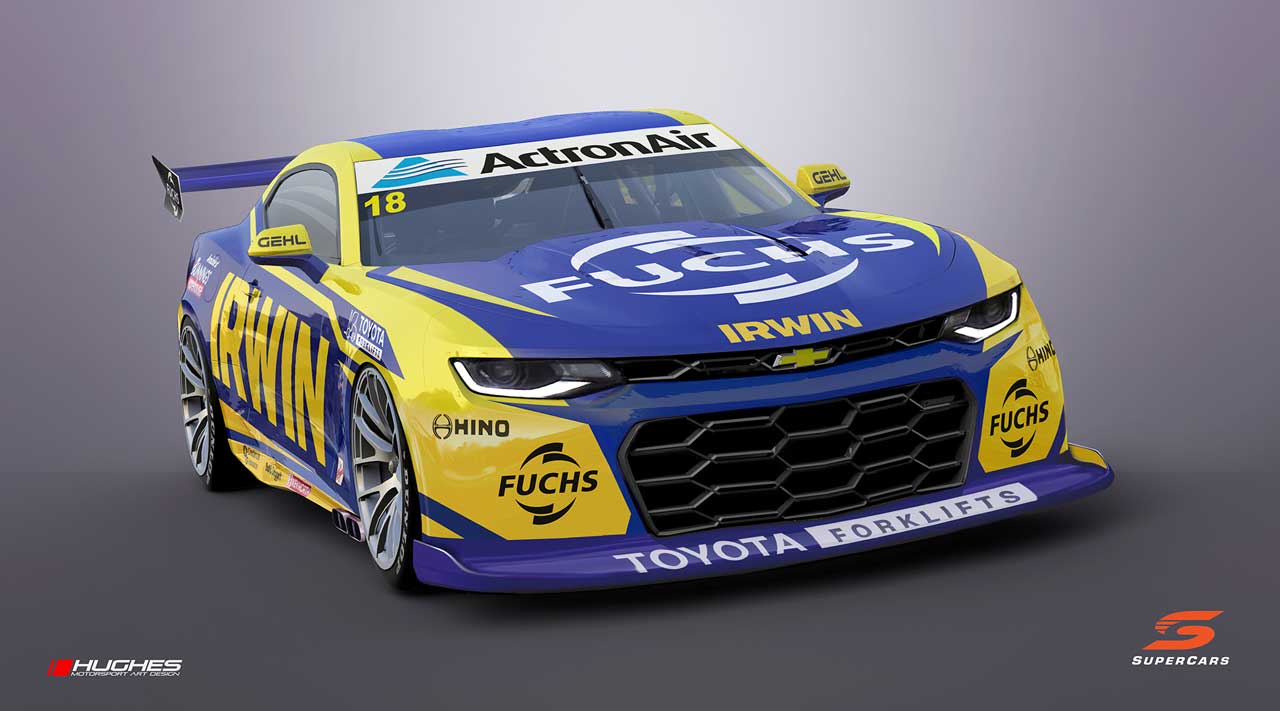 Expect to see Team 18 follow Triple Eight in switching to Chevrolet Camaros when Supercars’ Gen3 rules are introduced in 2022.

That’s the message from owner Charlie Schwerkolt, whose team has today released renders of what its current IRWIN and DEWALT liveries would look like on the Camaro body.

It was announced at Bathurst last month that the Camaro will join the championship in 2022, pitted against its traditional rival, the Ford Mustang.

The General Motors hero car will therefore replace the Holden Commodore on Australian race tracks, following the end of the line for the local brand.

Triple Eight is the homologation team for the Supercars project and has confirmed it’ll field its own Camaro entries.

Camaro is a logical option for other current Holden teams and in particular Schwerkolt, whose squad runs customer Triple Eight equipment. 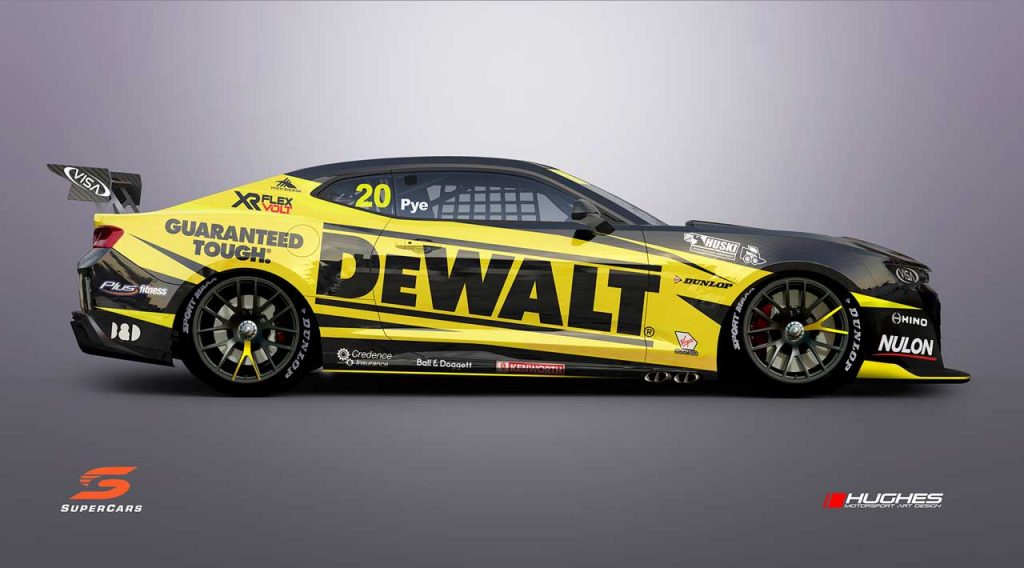 While leaving the door slightly ajar should another manufacturer come knocking, the forklift magnate says Camaro is a near certainty for his squad.

“The plan is to go with the GM product,” Schwerkolt told Supercars.com.

“We’ve been running Holdens since 2015 and have built a great relationship with a lot of people there that are going to the GMSV side.

“I also want to continue the engineering support and relationship with Triple Eight that we’ve had for the last few years.

“It’s not locked in yet, but at this stage it’s my preferred option. I’m confident it’s what we’ll be running.”

The Camaro and Mustang Gen3 cars will both feature sleek rooflines matching their road-going counterparts, thanks to a new lower control chassis.

“The cars look really exciting in their liveries, the guys at IRWIN and DEWALT are blown away. They want them on the track next year!” he said.

“The Camaro is really important for the category. To replace Holden we need something the Holden and GM fans can support.

“I know they’re not being sold new, but there’s quite a few on the road and they’re certainly an exciting car.

“It’s a stunning looking car and should be a great rival to the Blue Oval brand.”

Team 18 already has Mark Winterbottom locked in for 2022, following the recent signing of a fresh two-year deal, while Scott Pye has one year to run on his existing contract.

Pye joined the team as it expanded to two cars this year, taking three podiums on the way to ninth in the standings, one place ahead of Winterbottom.