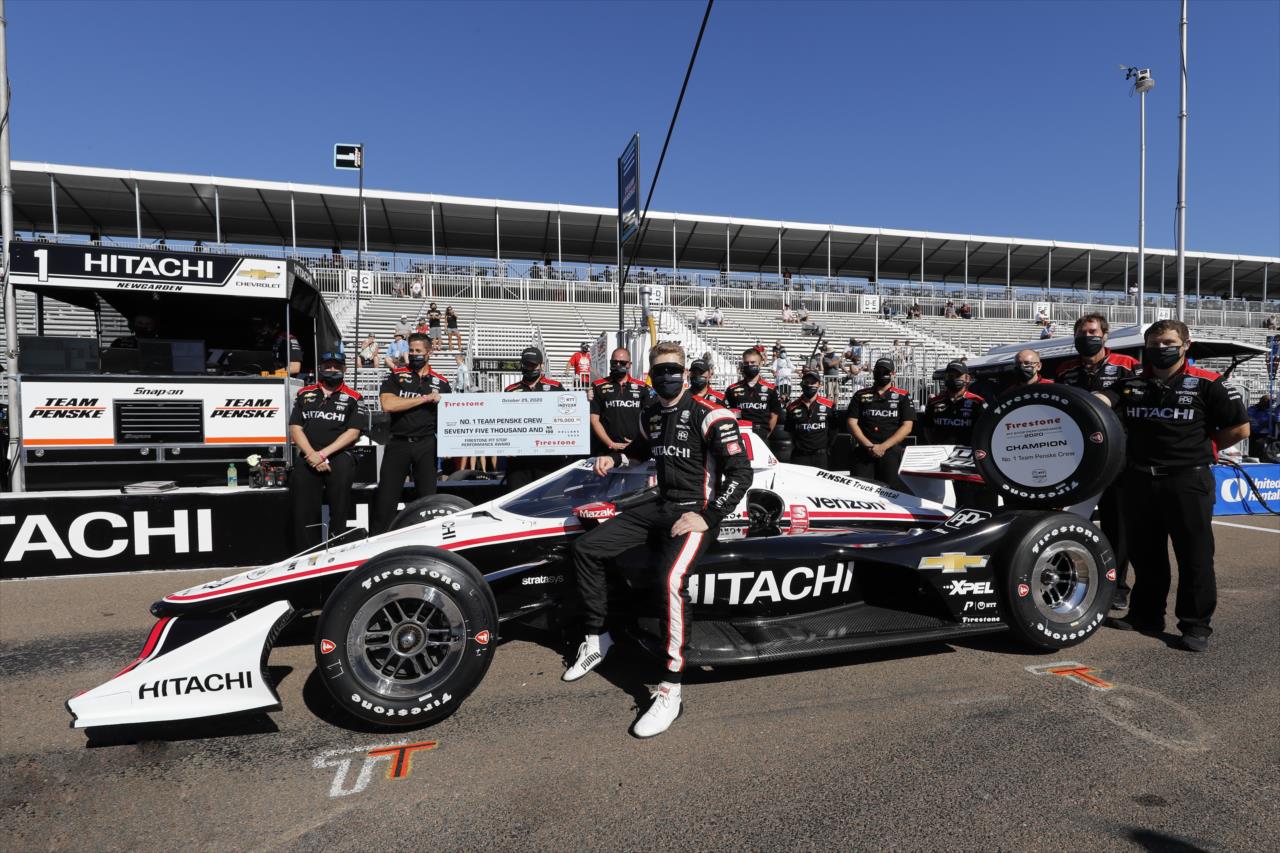 Will Power, the qualifying master of both the NTT INDYCAR SERIES and on the streets of St. Petersburg, reigned again Saturday, winning the NTT P1 Award for pole position in St. Petersburg, Florida. Series leader Scott Dixon was 11th and Scott Mclaughlin will start from 21st after struggling to bank a fast lap.

Power posted a top lap of 1 minute, 1.0369 seconds in the No. 12 Verizon Team Penske Chevrolet in the Firestone Fast Six of qualifying for Sunday’s Firestone Grand Prix of St. Petersburg. Live coverage of the season finale on the 14-turn, 1.8-mile street course begins at 2:30 p.m. (ET) on NBC and the Pennzoil INDYCAR Radio Network.

“I thought we had worse tires than the other guys, but I just absolutely nailed it, man,” Power said. “Really, really good lap. I had to work the wheel hard for that one. I’m so stoked to get the Verizon car on pole again. Hopefully we can get Chevy in Victory Lane tomorrow. That would be fantastic.”

Power’s pole run extended a long list of accolades. It was his ninth career pole at St. Petersburg in 12 qualifying attempts, and it was Team Penske’s 10th pole position at St. Pete, with all but one coming from Power.

2014 NTT INDYCAR SERIES champion Power scored his fifth pole of the season and his second consecutive after starting first in the INDYCAR Harvest GP presented by GMR Race 2 on the Indianapolis Motor Speedway road course Oct. 3. Power also made one step closer to history by scoring his 62nd career pole. He now sits just five behind the all-time INDYCAR record of 67, set by the legendary Mario Andretti. 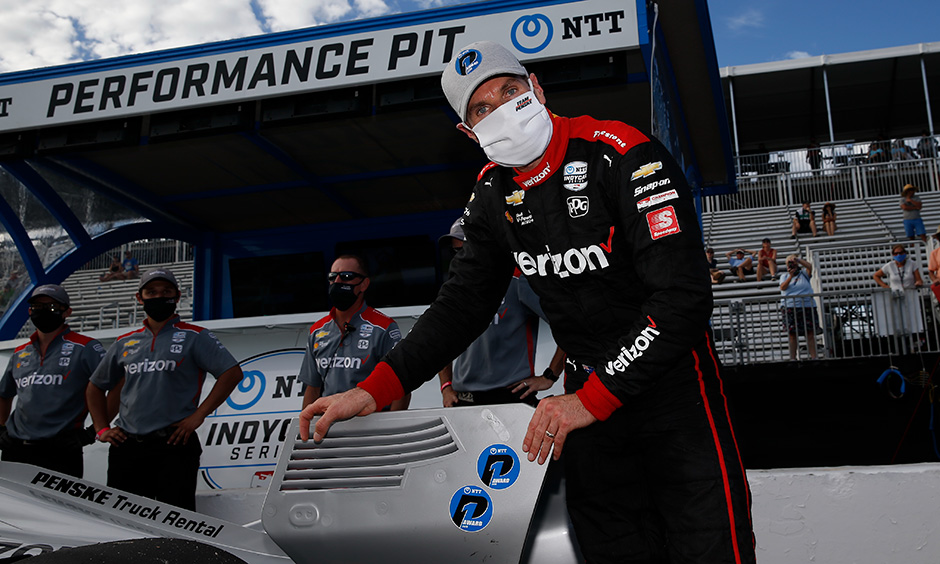 “I’m able always to take it to another level, and I can only do it once a weekend, I reckon,” Power said. “It’s something I love. I just absolutely love getting the most out of something and perfecting a craft I’ve been working at for 25 years.”

Joining Power on the front row will be Alexander Rossi in the No. 27 AutoNation / NAPA AUTO PARTS Honda, who continued Andretti Autosport’s strong day and posted a best lap of 1:01.1730. Rossi has four consecutive top-10 starts to close the season as he also looks to end the year with four consecutive podium finishes.

The two athletes competing for the Astor Challenge Cup were noticeably missing from the Firestone Fast Six.  Defending series champion Josef Newgarden failed to make it out of Round 2 and qualified eighth in the No. 1 Hitachi Team Penske Chevrolet with a time of 1:00.8676. 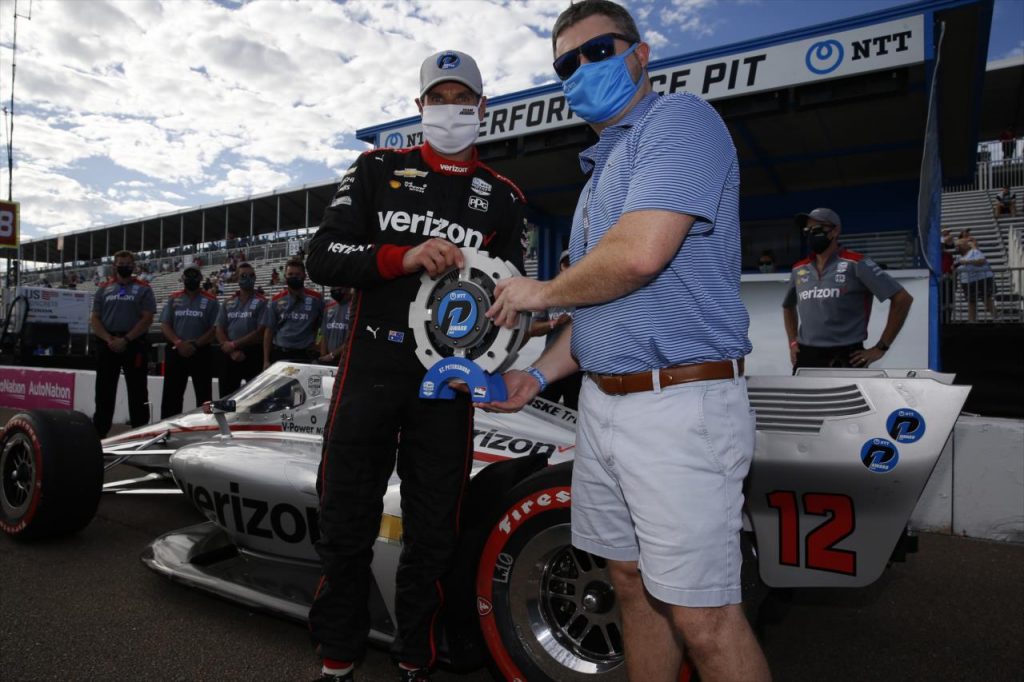 “We took a swing at it for Q2, and it wasn’t the right direction,” Newgarden said. “I didn’t get the most out of it. I definitely had a lot of slides and wasn’t clean. I think just putting a clean lap together would have been good to transfer, and we just didn’t do the job. It makes our program a little harder for tomorrow, but we’ve still got to go for the win with the Hitachi Chevy boys. Yeah, we can we from there. We just made it a little harder.”

Meanwhile, points leader Scott Dixon will be forced to play defense in tomorrow’s 100-lap race after posting the second-to-last time in Round 2 of qualifying. Dixon will start 11th in the No. 9 PNC Bank Chip Ganassi Racing Honda after posting a time of 1:01.0283. He must finish ninth or better to clinch his sixth series title.

“It was a little bit strange,” Dixon said. “Our first qualifying session, the car felt really good. Just didn’t really piece it together very well. Then we kind of flip-flopped on how we did it. The first run we did three (laps) on black and then four (laps) on red. And we thought the reds came in quick enough. But right then, with how the traffic was and having to slow down, it was really only two laps. Each corner I was making, the car was getting more grip. But I just needed another lap. It is what it is. Our mistake.”