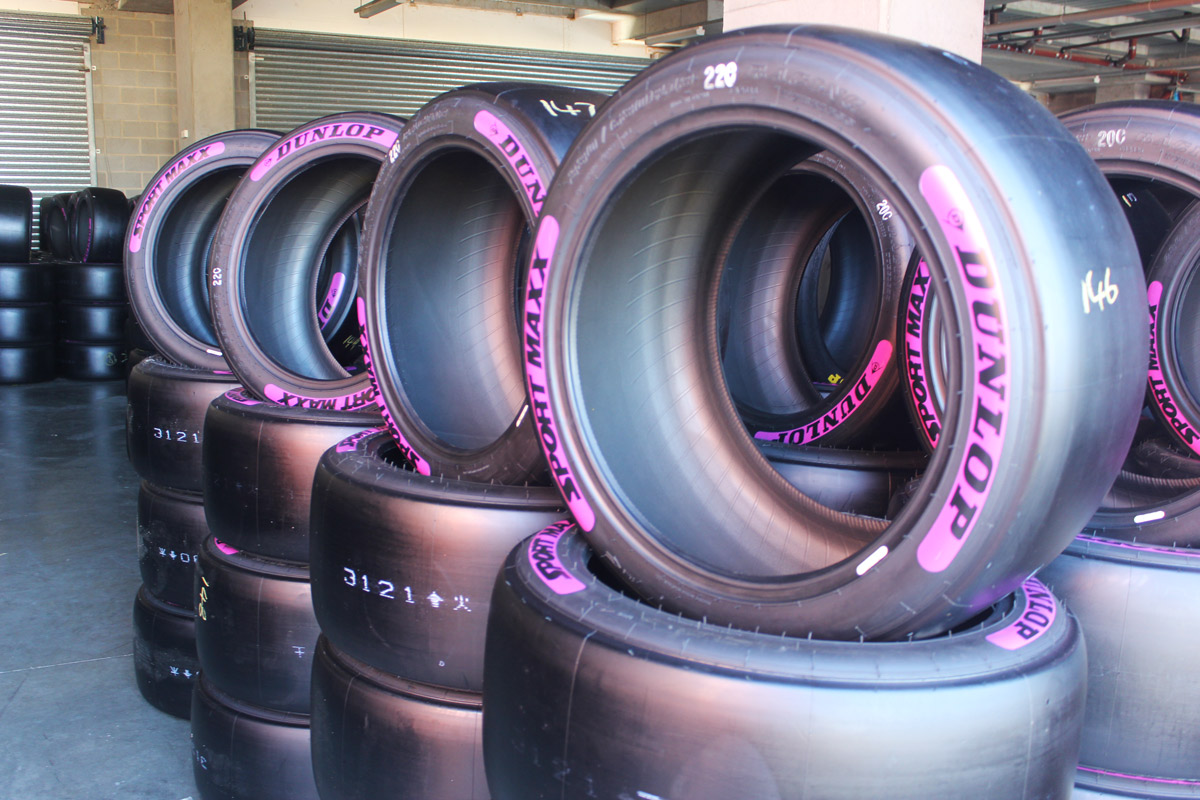 This weekend at the Supercheap Auto Bathurst 1000, Dunlop is going pink to raise awareness of breast cancer with Supercars and the National Breast Cancer Foundation.

Dunlop has commissioned exclusive pink branding for the SP Sport Maxx tyres for all 25 Supercars that will make up the grid and will donate $50 to NBCF for every pitstop during the race.

IRWIN Racing’s Mark Winterbottom, whose mum June was diagnosed with breast cancer when he was just eight years of age, described it as a cause close to his heart.

“Mum put in as much sacrifice and effort towards my racing career as I have – she was my biggest supporter so it was heart-wrenching to lose her,” Winterbottom said.

June passed away two years prior to Winterbottom’s victory in the 2013 Supercheap Auto Bathurst 1000.

Typical of the sacrifices June made was spending the $250 she had saved for a new couch on tyres for young Frosty’s kart instead.

“I’m really supportive of Dunlop’s initiative at Bathurst as it will help fund vital research that will help increase survival rates,” Winterbottom said.

Dunlop Managing Director Chris Radin said the team was pleased to play its part in raising awareness of the disease that takes the life of eight Australians each day.

“October is breast cancer awareness month so we felt it was a great opportunity to help by leveraging our involvement in the iconic Supercheap Auto Bathurst 1000 – one of the highest profile sporting events in Australia to create some talkability,” Radin said.

“NBCF is working towards zero deaths from breast cancer by 2030 and Dunlop’s support will help us on that journey.”

Dunlop has been the official control tyre for the Supercars Championship since 2002.

The main 161-lap event of the Supercheap Auto Bathurst 1000 will be run this Sunday.