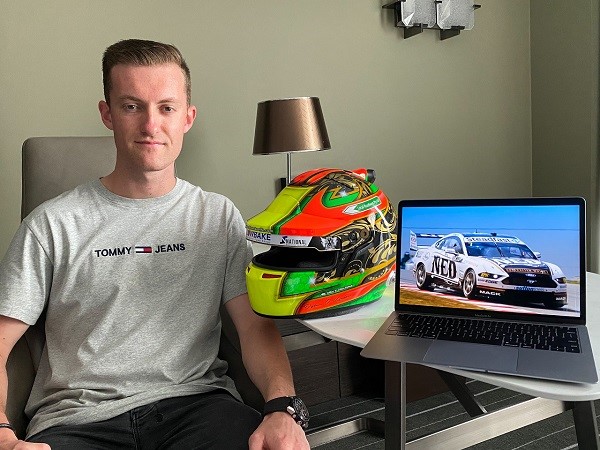 Following his debut in the WTCR a fortnight ago in Belgium, Dylan O’Keeffe has returned to Australia and is currently serving a mandatory 14-day period in hotel quarantine in Sydney.

The 22-year-old is due to be released from confinement on Monday, 12 October – just under a week out from the Supercheap Auto Bathurst 1000 where he will join Andre Heimgartner in the NED Whisky Mustang.

Despite being restricted to his hotel room, O’Keeffe is in good spirits and said he’ll be making the most of his isolation time to ensure he’s as prepared as he can be for his debut in Australia’s Great Race.

“In such a difficult year for so many people, I’ve been extremely fortunate to have a couple of cool racing opportunities – competing overseas in a WTCR round and now racing at Bathurst,” O’Keeffe said.

“If spending a couple of weeks in a hotel is the worst thing I have to go through to be able to compete in the country’s biggest car race, I really can’t complain.

“Thanks to technology, I’m still able to stay connected to the outside world and I’m giving myself tasks, like physical workouts to keep myself motivated.

“I’m also going to borrow a simulator setup, which will be delivered to the hotel, so I can turn some laps of Bathurst in the virtual world – it will get me into the zone for when I arrive at the Mountain.”