Penrite Racing’s Anton De Pasquale and David Reynolds have suffered tyre troubles at Tailem Bend today, hindering what could have been a solid result for the pair.

Race 25
As lights went out, Anton got away well from sixth on the grid while his teammate held steady from P12.

It was a chaotic opening lap which saw the two leaders tangle at Turn 17. Anton benefitted and quickly moved into P3, while David struggled to make it out of a mid-pack battle.

With majority of the field experiencing tyre troubles, it was no different for the Penrite duo who opted to pit on laps 10 and 12. They both stopped for rear tyres only with Anton’s stop the fastest of the day.

With some better tyres strapped on for the run home – Anton was P11 and David P19 once the pit stop cycle was completed.

Faster than all but one car in front, David did an impressive job to move up five places to P14 before the checkered flag.

Anton was a bit more conservative under instruction to look after his tyres, though still pushed his #99 Holden all the way home to ninth. 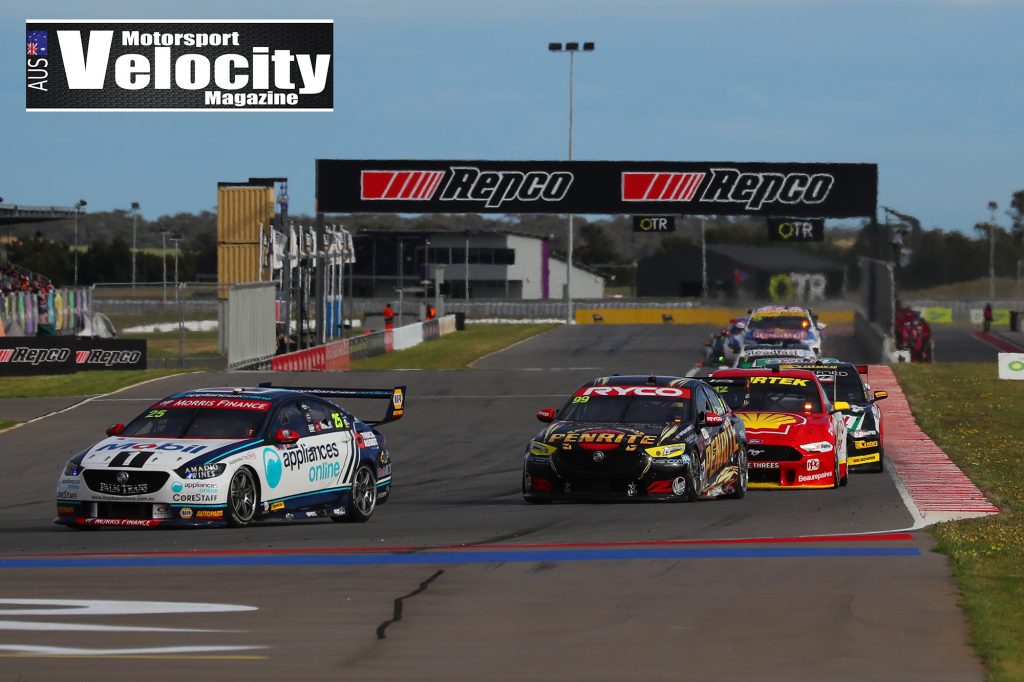 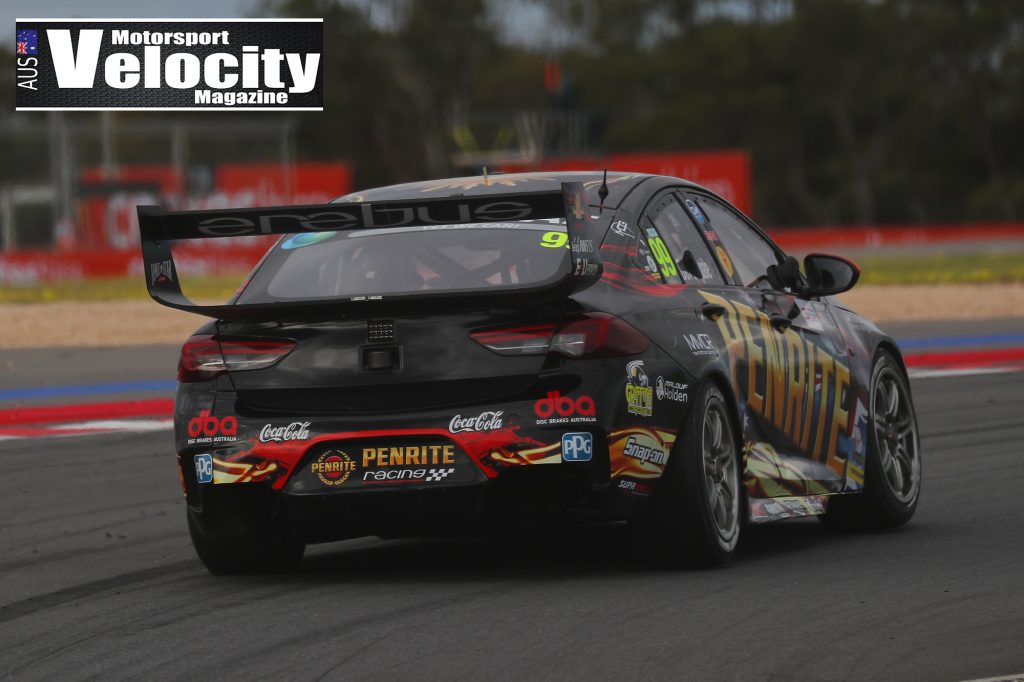 Anton De Pasquale strongly believes he could have secured a podium if he didn’t face troubles: “Practice was a bit all over the joint with a bit of rain this morning; Practice 2 we didn’t get to do any dry running and missed out on a couple changes we wanted to try before Qualifying. Luckily though we scraped through to the Top Fifteen Shootout and from there I did a good lap which got us back to where we wanted to be.

“My race start was good. A couple cars took each other out in front so that got us into a really good position quickly and we were able to cruise around and match the leaders.
Lap 5 or 6 we started to have some tyre dramas and lost a couple seconds a lap. We pitted and tried to bring it home with a decent result which is what we did. The second stint was better, but we still had the same dramas, so I was nursing the tyres.

“I think we had a car good enough for a podium, we were keeping up with them. We were definitely in a position to capitalise but unfortunately were one of the few to have some issues. We’ll think about it overnight, come up with some hopeful solutions but with things like this you never know until you test them which won’t be until tomorrows race. We will try to make it better, firstly make the car faster in qualifying and for the race we will do what we think is right and hopefully it works out.”

David Reynolds also commented: “In qualifying the car felt the best it did all day and I did an OK lap but we were still just a small margin off the front pack. If I could find two-tenths, I would have been up with Anton. We made an adjustment for the Shootout which ended up being the wrong way and I was a slower on that lap. I think the track got a little bit hotter as well, so the track was good at the start and again at the end, so it was a little bit of lucky dip.

“In the race we got an OK start, I made a couple spots but then I blistered tyres quite badly. Once we pitted for newer tyres the car came back and normalised. My car was much more consistent and easier to drive at the end of the race but by then we weren’t in a position where we could make the most of our speed. There are some negatives but there’s also some positives to take away from today. and take into tomorrow.”