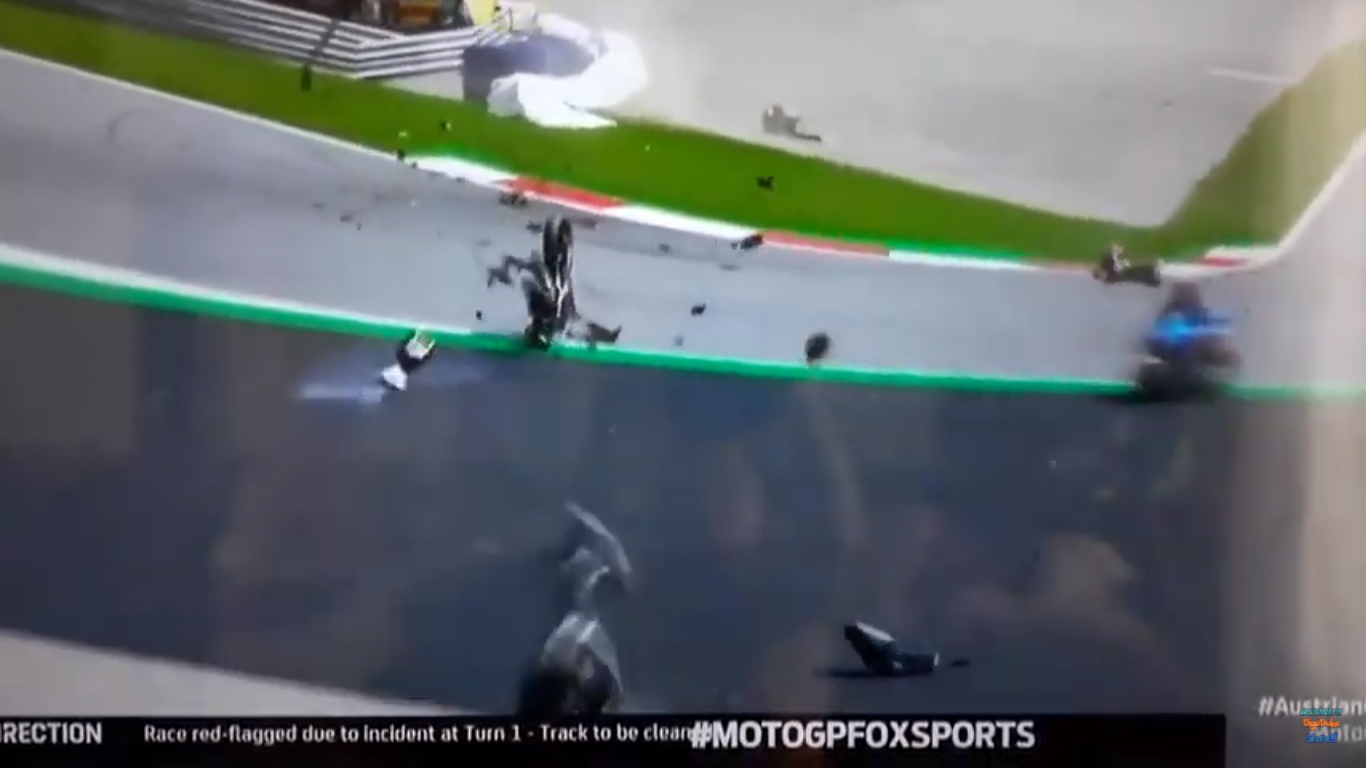 There has been a huge crash in MotoGP that brought out the red flag. Franco Morbidelli and Johan Zarco clashed with both riders falling on the run up the hill.

Their bikes ploughed through the gravel trap and flipped airborne across the exit of the next turn, narrowly avoiding the Monster Energy Yamahas of Maverick Vinales and Valentino Rossi.

Morbidelli’s and Zarco’s bikes both came within inches of collecting unsuspecting rivals including Rossi and Maverick Vinales. In fact, Rossi’s bike was left covered in oil when he returned to the pits after the race was immediately red-flagged.

Rossi returned to the pits visibly shaken by the incident as medical crews attended to Morbidelli, who was taken from the scene on a stretcher. Zarco appeared to be relatively unharmed and was taken back to the paddock on the back of a marshal’s bike.

That. Was. Close. #motogp pic.twitter.com/yxWtnVvLDd