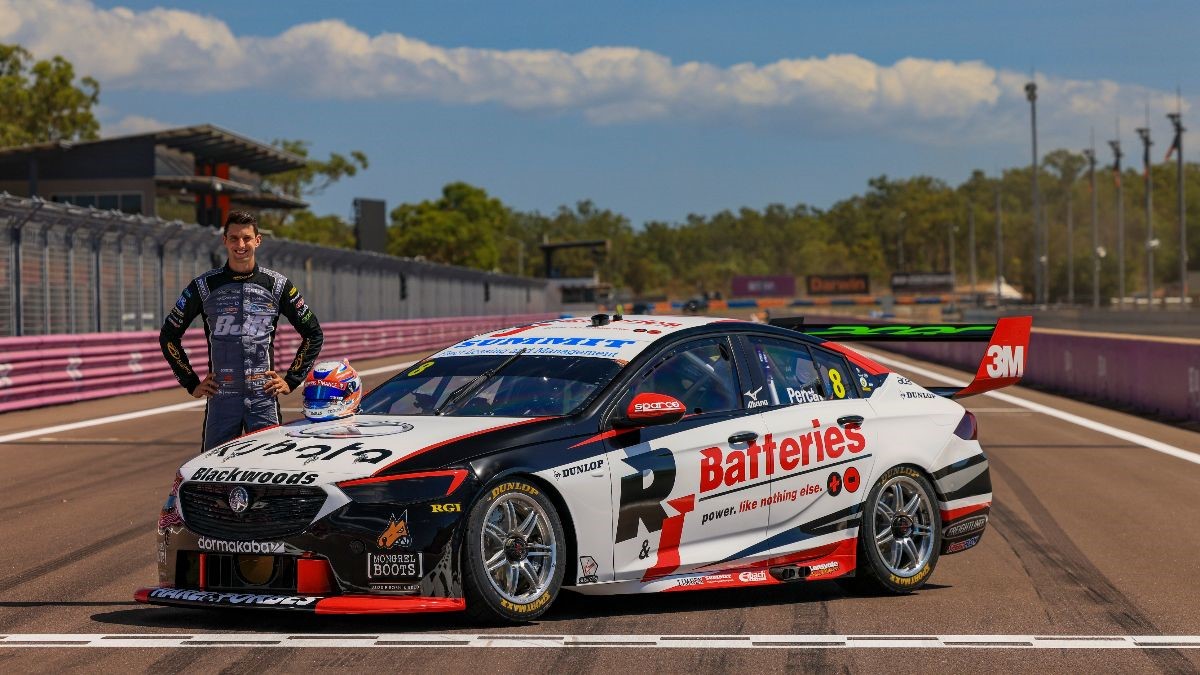 Nick Percat is ready to charge into the rest of the Virgin Australia Supercars season as R&J Batteries take naming rights on the #8 BJR Commodore.

The last outing at the Sydney SuperSprint was a hugely successful weekend for BJR with Nick winning a race (following on from his first win at the previous Sydney Motorsport Park event in June) and Todd Hazelwood securing his first podium. “It was an easy decision for R&J Batteries to step up the partnership with BJR after such a great weekend,” said Ray Robson, Managing Director of R&J Batteries. 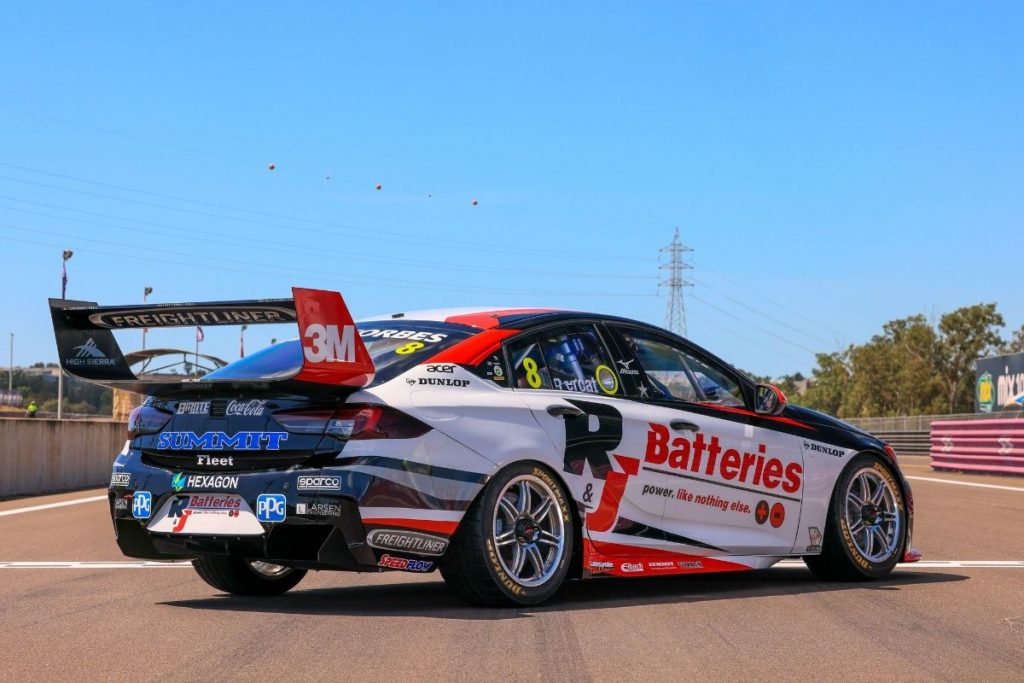 “BJR have a tremendous track record in the Virgin Australia Supercars Championship. The chance to extend our relationship with Brad, Nick and the team is one we have jumped at,” says Stuart Hamilton, CEO of R&J Batteries.

“We are proud to be taking on naming rights for Nicks’ #8 car,” added Stuart.

R&J Batteries is the fastest growing battery company in Australia, supplying batteries for all applications including automotive, commercial, motorcycle, marine, deep cycle, solar and industrial batteries both in Australia and New Zealand.

Today R&J Batteries has 24 company-owned stores throughout Australia and New Zealand and a footprint of more than 8000 experienced stockists and distributors.

Nick Percat is excited to welcome R&J Batteries on board #8 for the rest of the season, “I’m stoked to have R&J Batteries on the car. It’s always fun having a new livery each round but to get the backing and support locked away for the remainder of the year feels great, especially during this difficult time. I’ve had a great re-start to the season and I’m looking to continue these results. Currently sitting 4th in the championship is a great result and everyone at BJR has stepped it up and we’ve been working really hard lately so I’m looking forward to what we can all achieve.”

Joining R&J Batteries on Nick Percat’s #8 Commodore for the BetEasy Darwin Triple Crown will also be Kubota. Kubota has been a partner of BJR’s for more than 3 years and it’s great to have the backing of Kubota when the team heads to the top end.

The on track action starts from Saturday the 15th of August. Stay tuned to the BJR social platforms and follow the R&J Batteries Supercar as we get set to turn up the heat in Darwin this weekend.

Todd Hazelwood has also shown off his Brut Livery at Darwin ahead of this weekends racing.