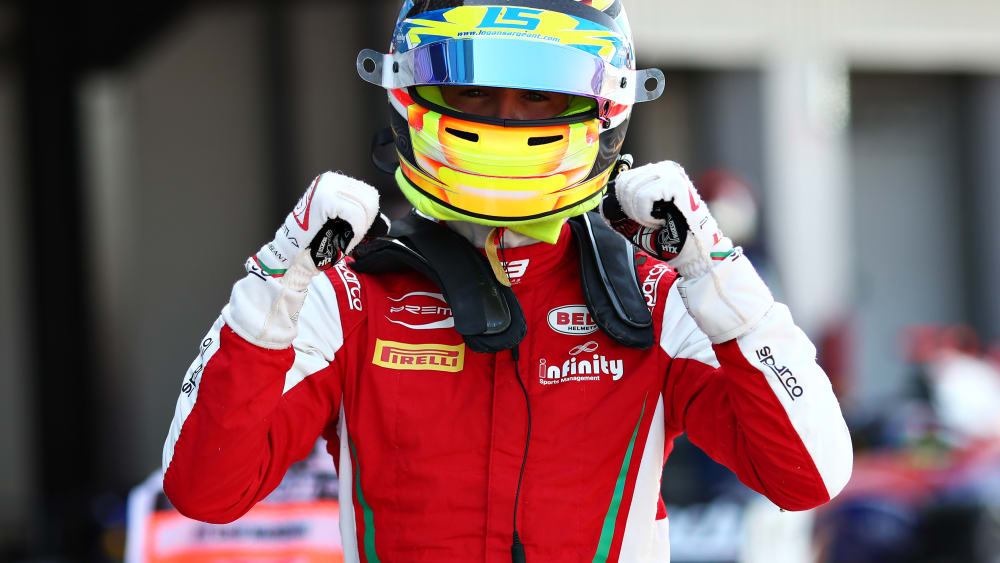 Logan Sargeant’s first three Qualifying sessions of the season read P4, P3 and P2, so it was only fitting that the PREMA racer took his first ever pole position in Round 4 at Silverstone, just four hundredths of a second ahead of a much improved Liam Lawson.

The sun remained out at Silverstone for Qualifying and Richard Verschoor was the first man out of the blocks to give track conditions the once over on a steady flying lap.

Having topped Free Practice, Théo Pourchaire was straight back in top spot, setting the first fast time at 1m 47s, before David Beckmann and Lawson both stole a march on the Frenchman and dipped under that.

PREMA took control at the midway stage and appeared to be in a class of their own. Oscar Piastri briefly led the table, before teammate Sargeant fired around one tenth quicker. The final of the Italian team’s drivers, Frederik Vesti, was quick enough for third.

The cars dived into the pits and headed out for their second stint with seven minutes to go. With temperatures rising above 30 degrees, it didn’t take long for the tyres to warm, and it was Lawson who led the train of cars on the next set of fast laps.

Hitech had evidently been hard at work in the break between Rounds 3 and 4 to fix their Qualifying struggles. The best the Silverstone-based outfit had managed up until Round 4 was 10th, but they were much improved around their home circuit.

Ahead of the final set of laps, Lawson sat in second, and Max Fewtrell fifth. The Red Bull junior briefly claimed first as the cars crossed the line for the final time on Friday, but PREMA’s Sargeant had gone fastest in the first and third sectors and was eying a maiden F3 pole. As was Piastri, but he was running marginally slower than his American teammate.

Lawson was knocked off provisional pole by Sargeant, who set a time of 1:46.257, while Piastri had to settle for third place. Fewtrell found enough on his final lap for fourth, ahead of Vesti in fifth.

Sargeant will be gunning for his first F3 victory in Race 1 tomorrow, which takes place at 9.25am (local time).