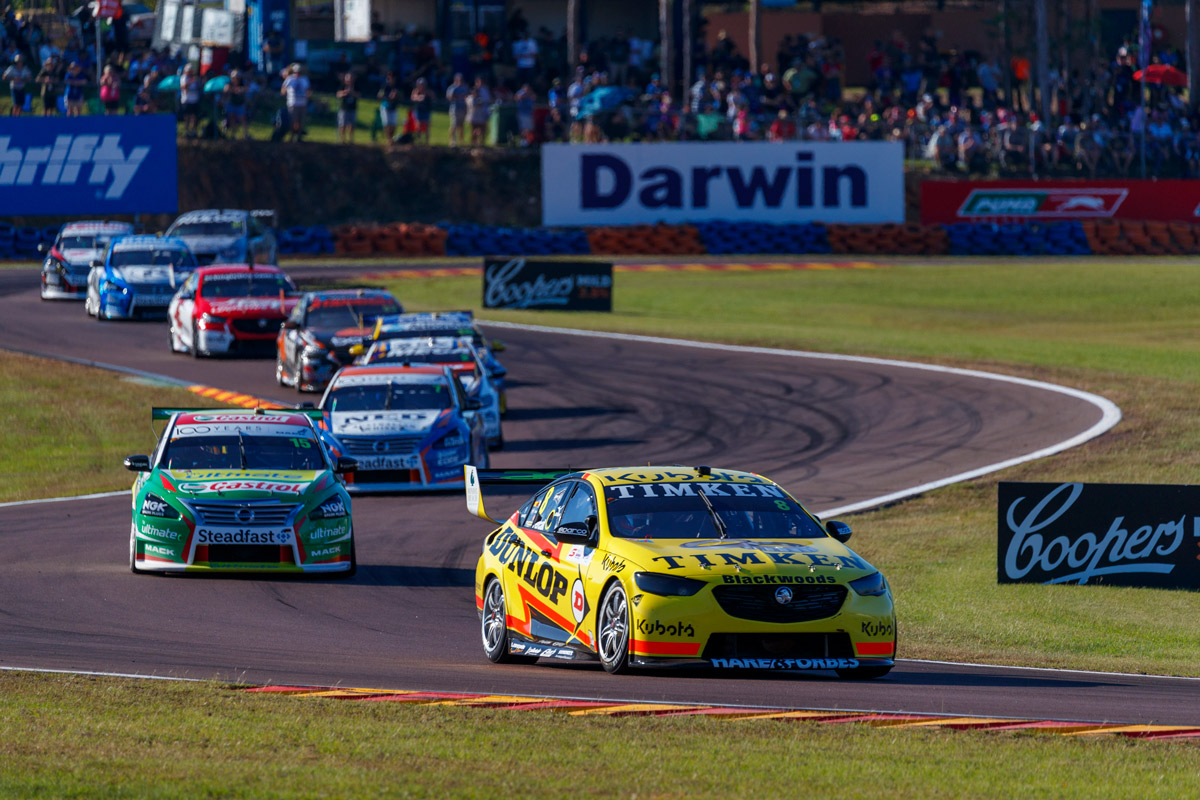 The track schedule for the upcoming BetEasy Darwin Triple Crown has been released, with eleven sessions running across two days.

The same format used at both Sydney Motorsport Park rounds since the COVID-19 break will again feature.

With no support categories in attendance, the quickfire nature of the race meeting will be ramped up once more.

All three races will be 38 laps in length.

In addition to the usual extensive coverage on Fox Sports and Kayo, Network Ten will broadcast the event live on free-to-air television.

The BetEasy Darwin Triple Crown will be held on August 8-9, with the Darwin SuperSprint taking place the following weekend.

Saturday qualifying at the BetEasy Darwin Triple Crown will be contested on a single tyre compound as a tweak to the bold new rules debuted at Sydney earlier this month.

All 24 cars will use hard compound tyres throughout the three-tiered qualifying session, so as to ensure a level playing field for all drivers and teams.

It follows calls from two-time defending champion Scott McLaughlin to make the Top 15 Shootout a fair fight, having seen the likes of Chaz Mostert limited on the slower rubber last time out.

“From our learnings from SMP2, qualifying and the Shootout at the last event was a little bit confusing because people were on different tyres because race strategies were already being actioned,” Supercars head of motorsport Adrian Burgess told Supercars.com.

“So this time we’ve thought it best to keep everybody all on one tyre compound so that the natural pecking order is sort of resumed.

“And from that point on, the tyre strategy will kick off in earnest from the first race.”

As per the previous two rounds, four cars will be eliminated in the opening part of Saturday qualifying, with another five knocked out in the second period to pave the way for the Top 15 Shootout.

Teams will be able to run either tyre compound in the two quickfire Sunday qualifying sessions.

Among other notable regulations for the first of two Darwin events will be mandatory COVID-19 screening for all team personnel.

The track schedule for the August 8-9 event will revolve around three 38-lap races.