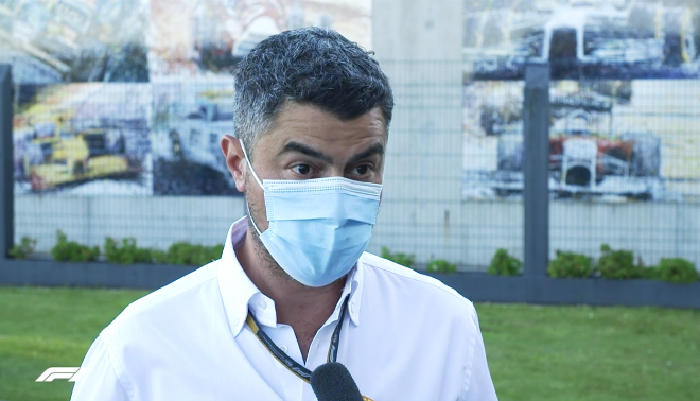 It was the news Sergio Perez will have hoped to avoid, but on Thursday evening, it was revealed he has tested positive for Covid-19 and is therefore unable to contest this weekend’s British Grand Prix.

What next for Perez?

The Racing Point driver is now in self-isolation as per the regulations set out by the United Kingdom’s chief medical officers. That period was extended on Thursday to 10 days, from seven, as the country bids to avoid a resurgence of the virus.

That means Perez will not take any part in the British Grand Prix weekend at Silverstone and it also theoretically rules him out of the second race at the same track the following weekend, which will be badged as the 70th Anniversary Grand Prix.

The good news is that the team says Checo feels physically well. The first priority will be to ensure he gets back to full health quickly – and he’ll be keener than anybody for that to happen, given his strong start to the season (he’s currently sixth in the championship) and the fact he has a car that is more than likely to be the second best car on the grid at Silverstone.

What next for the British Grand Prix?

Whereas the Australian Grand Prix was cancelled when a McLaren team member tested positive for Covid-19, the circumstances and situation has evolved dramatically since then.

Ahead of the 2020 season restart, it has been the desire of all the stakeholders that should there be a positive case, the individual will be isolated along with those in their immediate bubble, to allow the show to go on.

That procedure has been followed in the case of Perez, allowing the British Grand Prix to continue as planned. As per the rules, Racing Point are allowed to make a substitution while Perez recovers.

What next for Racing Point?

As the sun set at Silverstone, Team Principal Otmar Szafnauer, Sporting Director Andy Stevenson and Performance Chief Tom McCullough were deep in conversation. They have some big decisions to make. Who do they put in the car alongside Lance Stroll for this weekend?

They have access to the Mercedes reserve drivers, Stoffel Vandoorne and Esteban Gutierrez, as per an agreement with the Silver Arrows. However, they also have the option to look elsewhere.

F1.com understands that Nico Hulkenberg could make a shock comeback, having previously raced for the team under their Force India guise [as Perez’s team mate no less]. The German is boosted by the fact he has recent F1 experience through racing for Renault last season – something the Mercedes reserves don’t have.

When Racing Point have made the final call, they will make a request to the FIA to change drivers. FIA F1 Race Director Michael Masi said the FIA “would approve such a change in the circumstances”.