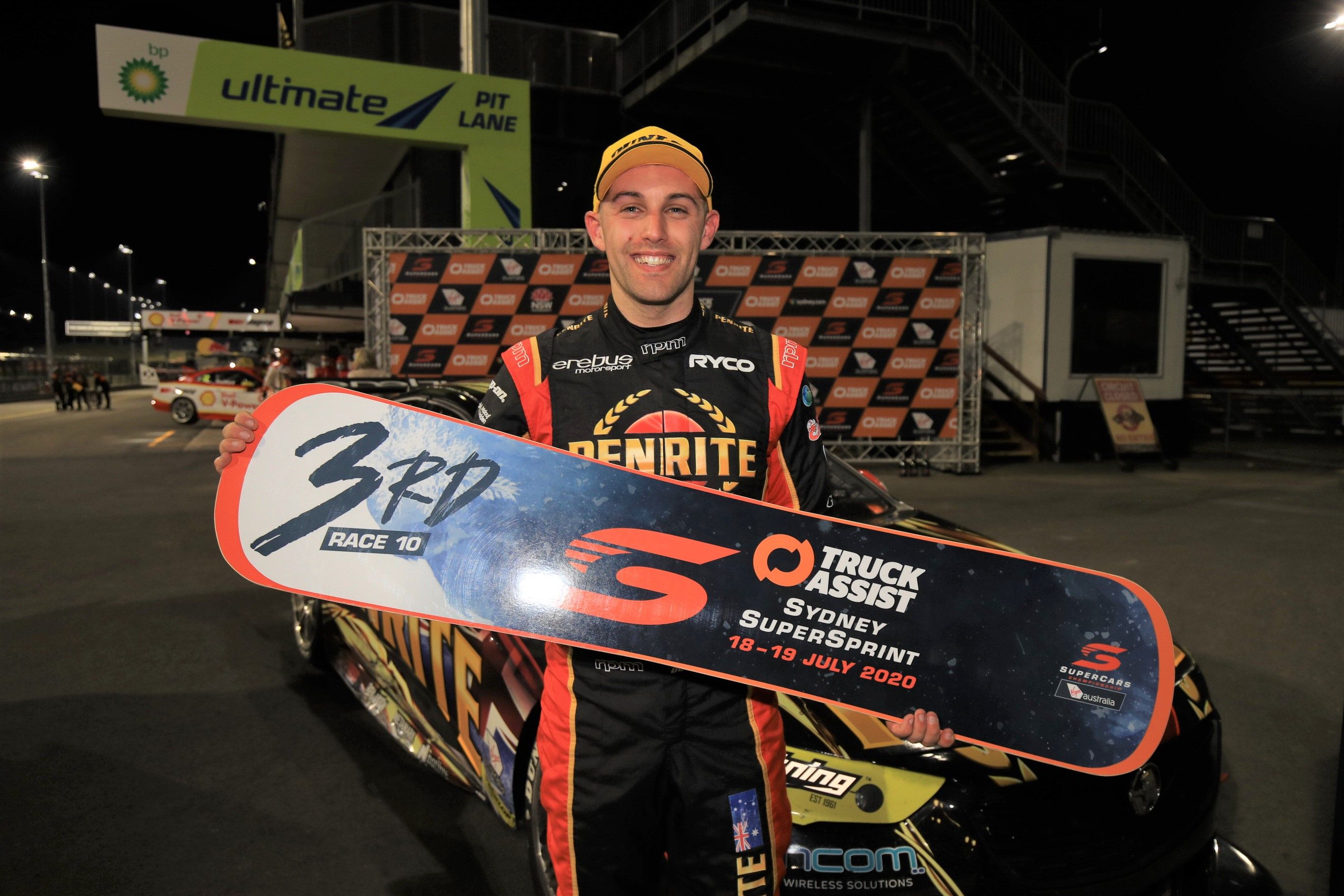 Starting from 8th, Anton was one of four inside the top ten on the soft compound tyre as the field went racing under lights for the first time this season. Meanwhile, David ran the alternate strategy with hard tyres from 12th on the grid.

Both got away well and were quick to better their positions. The #99 driver pumped out the quickest lap of the race on his way to 4th, before he bettered it on his second set of tyres, with a 1:30.7804.

Anton took a full set of soft tyres at the end of lap 11, while David opted for a late pit stop on lap 18 for two right-side-tyres only.

A bump and grind with Lee Holdsworth as the #5 re-joined was the only hiccup for Anton as he had a seemingly easy run to the podium.

David battled hard for a spot near the top ten, though was unable to make a move on his hard tyres and settled for 14th before the finish line.

Anton De Pasquale was happy to secure the team’s first podium of the season, saying: “It’s always good to get a podium, particularly with everything going on. When you’re on the road for a while which looks like we will be, you need things to keep everyone motivated so a trophy is the perfect way to do that and reward everyone for their efforts during this time.  It’s also a nice way to repay our partners and fans who have stuck by us.

“We went with an aggressive strategy and were looking at coming out in front of Scott after our stop, but we weren’t as quick in the lane as we would have liked and that took away our chance of a fight for the win but third was still a really good result.”

While David Reynolds is looking to maximise on tomorrow’s races: “We didn’t qualify where we would have liked today so we decided to run hard tyres in the race, which was against what we were originally going to do. My race wasn’t bad, though we probably pitted too late and I came out in a battle pack with no tyres to really fight and move forward.

“We have two sets of soft tyres left now for tomorrow for either one really good race, or two good races. You need to be quite reactive and think of your feet, so I am excited to see what we will be able to do tomorrow, obviously the soft tyres worked well for Anton tonight.”