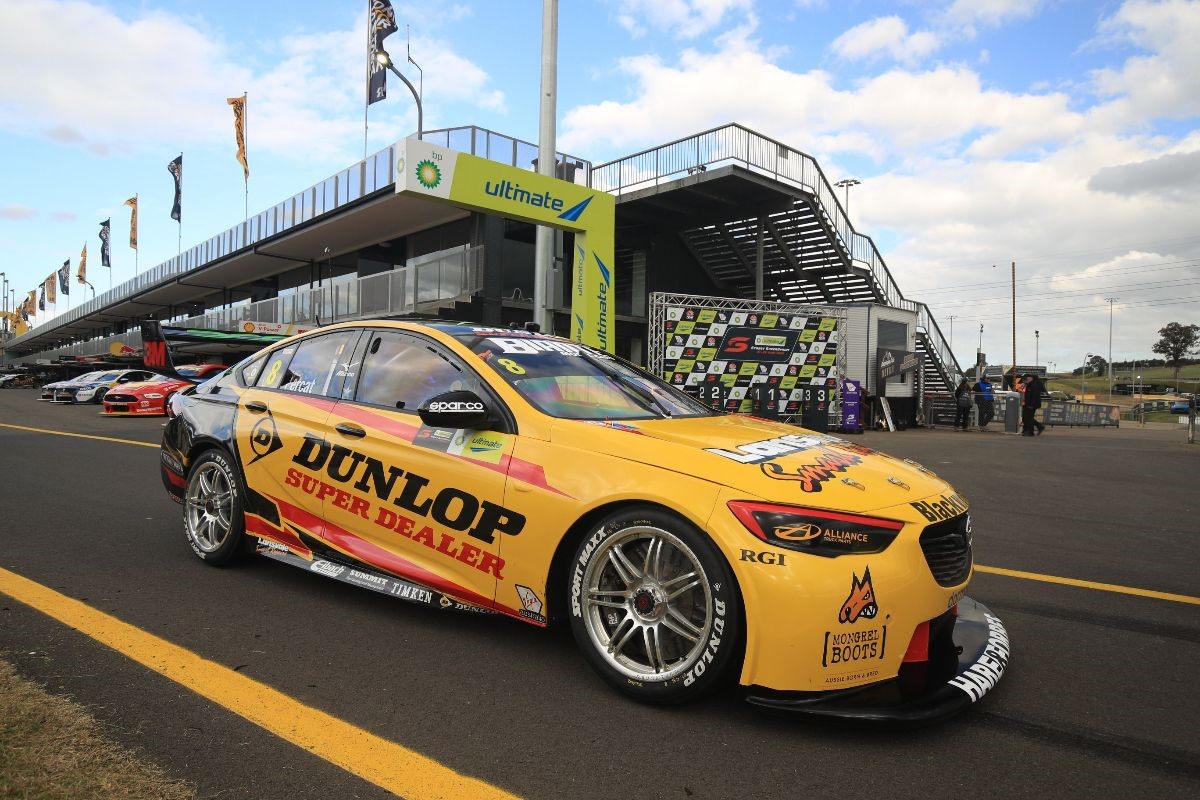 Nick Percat will be back in the striking Yellow and Black Dunlop Super Dealer Racing livery when Supercars returns for part two of our double header at Sydney Motorsport Park this weekend.

The BJR crew is looking forward to another great weekend at SMP, with fans welcomed back to the track and a race under lights on Saturday night! The Top Fifteen Shootout is also back and there are three 32 lap sprint races across the weekend. It’s going to be a showstopper of a weekend full of racing with the return of Super2 and Super3.

After getting his and BJR’s first win since 2016 at last month’s Sydney MotorSport Park round, Nick is full of confidence heading in to this weekend’s round, “I’m excited to be back racing again at SMP, especially with the continued support of Dunlop. Going back after a good result is always nice, but it doesn’t mean we will be straight on the pace. We need to continue to work hard and make sure we get the setup and strategy right.

“This weekend will be very difficult with hard and soft tyres being used. The night racing will be so fun – I can’t wait to tackle SMP at night again. Driving the race cars at night makes it feel so fast under lights and also changes the car balance a lot so we’ll need to get the setup right.

“Since the last race meeting I’ve moved to Albury and I’m living with Macca (Macauley Jones) which is fun. It was a pretty rushed move up to NSW, but I managed to pack the most important things, like Nelson (Nick’s chocolate lab)! The best bit of all this, Macca loves his fitness and karting so both of us in the same place is very handy!

“We’ve been so fortunate with the BJR workshop being based in NSW as this hasn’t disturbed our prep too much. Hopefully we’ll have another great weekend of racing!”